A federal jury handed down guilty verdicts against Samuel Girod in March for misbranding products.

After serving six years, Girod will have three years of supervised release. He must also refrain from producing and manufacturing products during that time. That judge said Girod exhibited continuous and blatant disregard for the law. 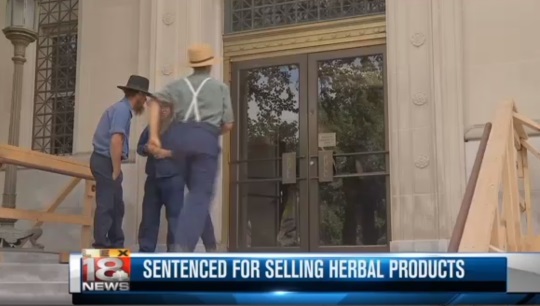 The public response was strong:

Outraged supporters of the rural Kentucky farmer pledged to seek a pardon from President Donald Trump.

Close to 100 supporters of Girod, including many in the Amish community, waited outside the federal courthouse for the results of the sentencing. Former Arizona Sheriff Richard Mack was among them.

“This is absolutely insanity,” Mack said. “What is the number one thing that government is supposed to be doing in our country? Preventing injustice. And they’re the ones promoting it today. This is the FDA and Judge Reeves creating a criminal out of an innocent Amish farmer.”


In this video an Amishman comments on the verdict:

A summary of Girod’s offenses:

At his trial in March of this year, the evidence established that Girod had been manufacturing and selling homemade products to businesses in numerous states and that the products did not comply with FDA regulations. Specifically, one of his products was dangerous when used in the manner recommended and all three were advertised in a way that did not comply with the law.

In 2013, a federal judge in Missouri ordered Girod to stop manufacturing and selling his products, until his labeling and advertisement of the products met FDA regulations. Despite the court order, Girod continued to manufacture these products and sell them in Indiana, Wisconsin and Illinois, marketing them in the exact same manner as he had before the court order.

The evidence further established that, as part of the 2013 order, the judge required inspections of Girod’s facility in Bath County, to ensure his compliance with the order. In November 2013, two FDA Consumer Safety Officers attempted to conduct the court-ordered inspection of Girod’s facility, but they were prevented from conducting the inspection by Girod and others on his property. Then, after the criminal case against him began, Girod tampered with a witness, failed to appear for court proceedings, and was a fugitive for several months.

Girod may file an appeal, but it’s not known if he intends to do so.