A story published this week by Type Investigations and Cosmopolitan magazine has collected the accounts of victims of sexual abuse in Amish communities.

Author Sarah McClure also tallied up cases of abuse by Amish offenders over a two-decade span.

McClure reached a total of 52 documented cases of abuse across seven states in her investigation. One judge cited in the story has personally presided over 30-plus cases.

In her report McClure shares the difficult stories of three Amish-raised women, Sadie, Lizzie, and Esther, as examples. 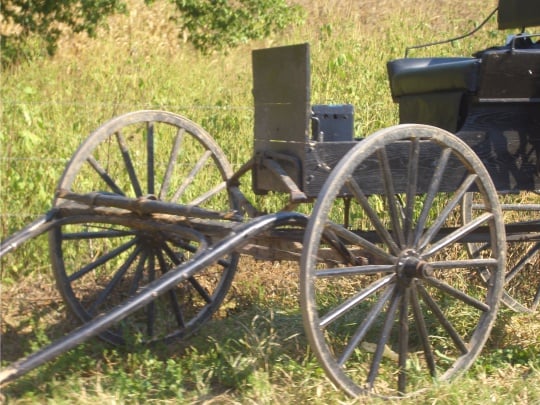 In the course of the report she also looks more deeply into the dynamics which can perpetuate silence and allow abuse to continue to happen, or permit abusers to escape with only light punishment when caught:

It’s common for Amish victims to be viewed by the community as just as guilty as the abuser—as consenting partners committing adultery, even if they’re children. Victims are expected to share responsibility and, after the church has punished their abuser, to quickly forgive. If they fail to do so, they’re the problem.

When the rare case does end up in court, the Amish overwhelmingly support the abusers, who tend to appear with nearly their entire congregations behind them, survivors and law enforcement sources say. This can compound the trauma of speaking out. “We’ve had cases where there’ll be 50 Amish people standing up for the offender and no one speaks for the victim,” says Stedman.

Amish communities and churches have responded in different ways to cases of sexual abuse.

In some communities, Amish people have worked with law enforcement and been proactive about reporting abuse. McClure describes some of these efforts on the Amish side:

Some Amish have started their own initiatives too. In multiple states, their Conservative Crisis Intervention committees liaise with local authorities on reporting and prosecuting sexual assault cases. One Lancaster County member, Amos Stoltzfoos, told me that “a lot of things have changed and forced us to comply and not allow things to be swept under the rug, like they had at one point.” (Stricter mandatory reporting requirements were implemented in Pennsylvania in 2014 in the aftermath of the high-profile Jerry Sandusky child abuse case, for one.)

Now, Stoltzfoos says, the Lancaster County Amish, at least, “aren’t interested in hiding things” and have “adapted and recognized that we need to change with some of the education that we give to the parents and the children.” He says they’ve also tried to understand the lasting trauma that can make quick forgiveness difficult for victims: “Our community does really care….It just takes time.”

Yet the Amish are a diverse group scattered across 500+ locations across North America, and the ways they respond to sexual abuse (including willingness to cooperate with outside authorities) are not going to be uniform.

Though covering up and “forgetting” cases of abuse no doubt continues to be the norm in some places, in others, abusers have been brought to justice following action by members of the community.

Examples include a case last year in Pennsylvania (following an awareness program in the community) or in a Michigan settlement in 2018 where Amish leaders notified the police.