About Plain Values – The Magazine

There was a nice article recently in the Epoch Times, a feature on the monthly publication Plain Values, which has become popular with both Amish and non-Amish alike. The publisher of the magazine is Marlin Miller, who grew up Amish.

There are three main “pillars” the magazine focuses on – children with special needs, adoption, and “to highlight good works being done both at home and around the world, especially situations in which people trying to do good may need prayers, donations, or volunteer assistance.” 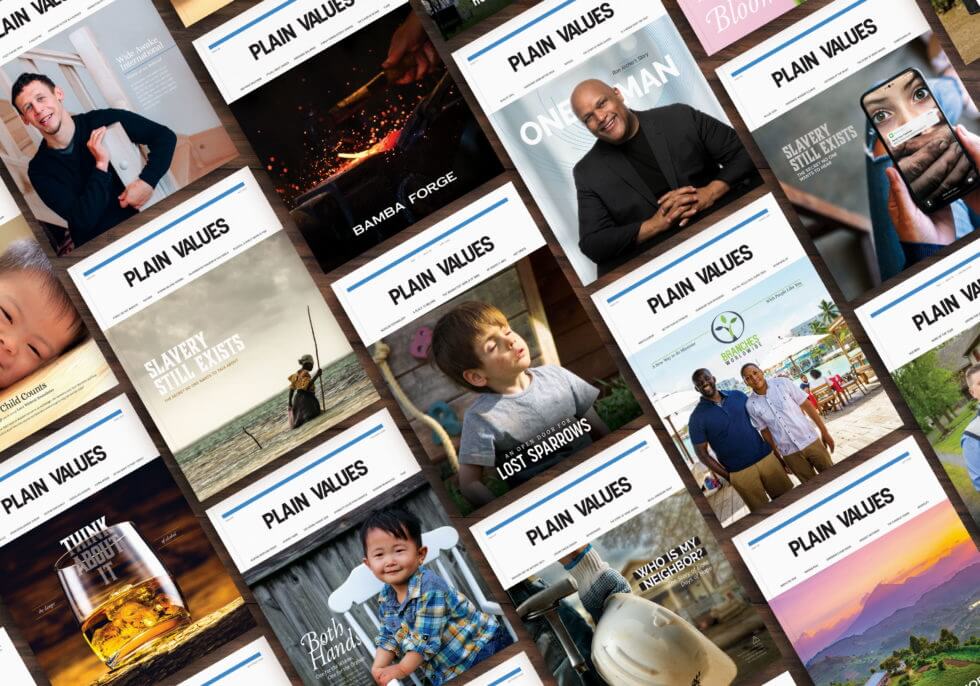 Here’s an excerpt from the article describing the magazine:

At first glance, Plain Values may not seem like a magazine for the Amish. In fact, with its chic geometric design and matte cover, it could easily be mistaken for an artbook or photography magazine. Each monthly issue is substantial, containing one or two in-depth feature articles along with a rotation of regular columns.

In line with their content pillars, the feature stories typically center around people who are making the world a better place in their own way—the February 2021 issue, for instance, spotlighted Wide Awake International, a nonprofit that brings “hope, dignity, and love to orphans with disabilities in Ukraine.”

As to how Plain Values finds all these stories of wonderful people and wonderful work to fill each issue, Marlin says that it’s really a matter of always being tuned in to what’s going on around him.

“I am always watching. [Lisa] is always watching,” he said. “I feel like we try to watch for news or work that is a little different or a little unique, and that we think our Amish readers would really enjoy learning about. So it’s this ongoing hunt, if you will.”

“Normally he’s sharing about a really incredible organization that is … the boots on the ground in their unique area,” Lisa added. “It’s such a joy to be able to share [these organizations] with people that normally wouldn’t find them, unless they were actually on the internet doing a search for something specific like that.”

Many of the columns in Plain Values have been curated to support different aspects of Plain living, from homesteading and recipes to outdoorsmanship and small-business news. One column for widows—written by a twice-widowed lady—helps them reconcile their loss and find strength. Children get a section of puzzles and games as well; a recent edition had a crossword with Dutch hints and English answers to help them practice their vocabulary.

“I know that the little kids will fight over [the magazine], and I’ve heard that people up into their 90s and even beyond read it cover to cover,” said Marlin. “They look forward to it every month.”

“About a month ago, there was a pretty tragic accident [with] a pickup. The driver was driving three or four Amish in the back, they were on their way to a job, and I think somehow, he ran into the back of a parked semi,” said Marlin. “It actually killed the Amish guy in the front seat and really, really wounded everybody else in the back.”

The Amish man who had died was only 32, and left behind a wife and three children. Many community fundraisers were held for the community, and a request for help in Plain Values was put in. As a result, his widow received several substantial checks to support her family through this difficult time.

“It’s pretty common for someone to have cancer and come out of that situation [with] a half a million dollars in bills, and you know, they put on a fundraiser and they raise every dollar they need and more,” said Marlin. “[The Amish] are not the type of people to have wealth and not share with neighbors in need. They’re incredibly charitable people.”

“We would love to help bring a new appreciation that kids who have special needs are not the ones we should be getting rid of,” said Marlin. “They’re the ones who bring spark and joy. They are what teaches us and show us that everybody [God] creates has value.”

“The impact that we’ve been able to make, that [God] has made through us, I should say, is more than what we would’ve ever seen [coming],” said Marlin.

I had a chance to visit Marlin and others on the team at the Plain Values offices in Winesburg, Ohio (Holmes County) in 2018. I was really impressed by the operation, housed in a stone building in the center of the village. You may have passed the offices before if you’ve driven through the area: 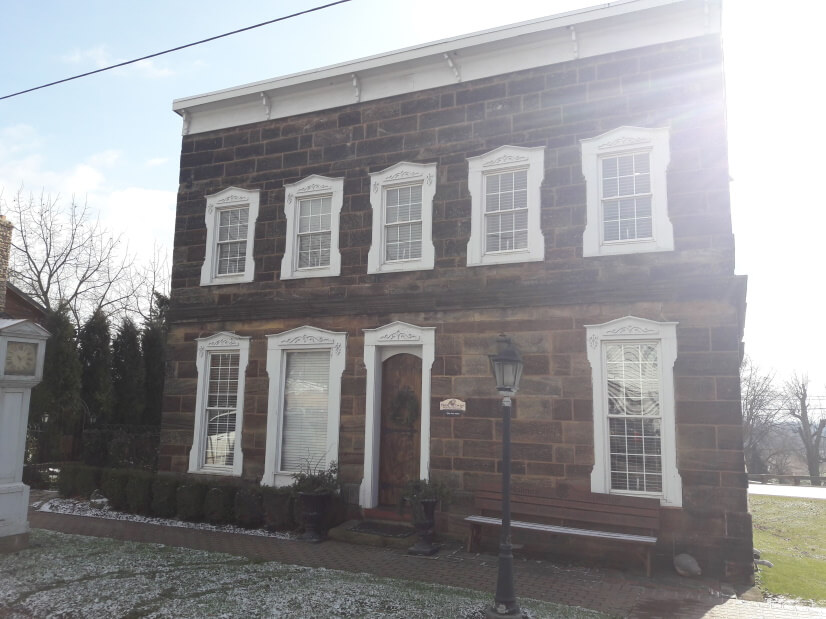 You can read the rest of the profile and learn about subscribing at the Plain Values website.