This is a pretty awful and senseless story which hit me for several reasons. This couple is Mennonite, apparently grew up in an Amish community, and probably still have a good number of family who are Amish (two photos of family in the article linked below appear to be Amish). 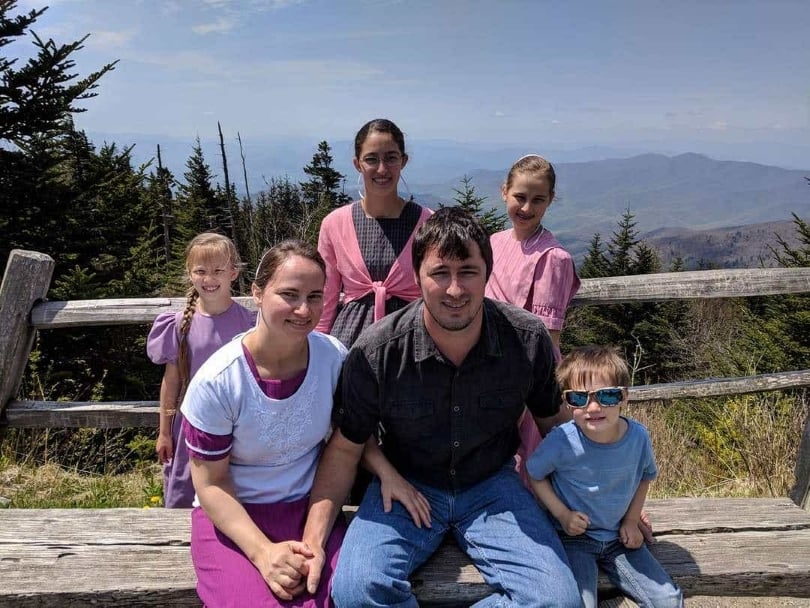 Here’s what happened, via the Indianapolis Star:

Sam Hochstetler said his son was at a work site at around 7 p.m. Wednesday. A tire on his trailer had blown out.

After fixing the tire sometime past midnight, they noticed the running lights on their trailer didn’t work.

“He was trying to solve that problem and these two guys walked up to them,” Sam Hochstetler said.

“Jonathan told us that (the robbers) turned around and started to walk away,” he said. “All of a sudden, they just turned and shot. His wife was instantly killed. Jonathan was hit through the neck.”

Jonathan Hochstetler eventually got up and walked to the car, where his son handed him a phone to call the police.

Worthington, Indiana is listed by David Luthy as a settlement which once was and is now no more (spanning the years 1993-2012). I am almost certain I visited briefly (a few hours) this then-Amish community in 2004. It’s near the Daviess County community, and was a New Order Amish settlement.

Friends have set up a Go Fund Me for the Hochstetler family, which has already raised over $170,000 thanks to 1800 donors and counting.

One of the organizers, Matt Yutzy, told the Star that “Money is obviously not the answer — it’s not going to heal anything.”

“We just thought this would ease the burden so he can be home with his family and recover and heal and try to pick up the pieces and go on with life.”

In an Anabaptist Christian spirit, some in this family have chosen to forgive the killers:

Both Lehman and Sam Hochstetler said they forgive the men who killed Wilma and wounded Jonathan. But they added the incident will forever leave “a big hole in the family.”

“That’s something that the criminals possibly don’t understand — that they ruined a family segment,” Lehman said. “The family will still be together, but they took out part of that heart.”

There is no word from police on possible suspects in the shooting.