For being the fourth-largest Amish settlement, the community in Geauga County, Ohio, often seems to go overlooked. That is probably because of its nearness to Holmes County, a popular tourist destination.

But this is a large settlement approaching 20,000 Amish in size, so it gets some tourist visitors, and therefore has some attractions, like food. 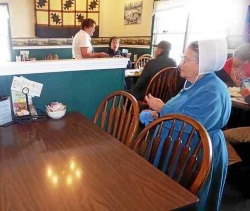 Mary Yoder’s Amish Kitchen, located in Middlefield in the center of the community, is one of the more popular places.

According to this profile in NE Ohio’s News-Herald, the restaurant regularly hosts 1500 people per day, serving PA Dutch-style fare like noodles over mashed potatoes, and date nut pudding.

But you’re not apt to find Mary Yoder here, at least not the restaurant’s namesake. Here’s the backstory:

Although a portrait of Mary Yoder hangs in the restaurant’s foyer, and it employs Amish folks in the kitchen and a few as servers, it is not an Amish-owned restaurant. Like many other businesses in the community, it is owned by a Mennonite couple.

“Mary Yoder was the mother of Barb Hall, our first general manager, 30 years ago when we opened,” explained Rasmussen. “She named it after her mom, and many of the recipes used were her mother’s.”

But a month after Mary Yoder’s Amish Kitchen opened, Hall was killed in an auto accident, so she never got to see the popularity resulting from her vision, Rasmussen said.

So it sounds like Barb was born Amish, and then likely chose not to be baptized into the church, then married a non-Amish man.


Another interesting detail from this story is found in this excerpt:

The Amish religion emphasized a separation from mainstream life of Yankees, as non-Amish people are called by the Amish. Their faith was derived in the 1600s, when they split off from the Mennonites in Switzerland and immigrated in the next century to America, where William Penn promised sanctuary and freedom of worship in what became Pennsylvania. There, the Amish became known as Pennsylvania Dutch.

Did you catch it?

“Yankees” is the term Amish in this community use for non-Amish people (in most other places, the word is “English”).

Saloma Furlong, who grew up in this community and used the term regularly, once passed on a theory as to why Geauga Amish use “Yankee” (ultimately sourced to our friend the late Stephen Scott).

What makes it “Amish”?

This article also raised an interesting question – Is this an “Amish restaurant”?

After all, it has “Amish” right there in the name.

Well that is usually a giveaway:

The clues about the ownership of Mary Yoder’s is clear to those who know how to look.

“An Amish woman would never have her name on a business,” Morris said.

This also leads to the question, what makes a thing “Amish”?

Does the full ownership of the business need to be Amish? Is it enough that Amish people work there or produce the goods? What if there is only a partial Amish workforce?

By some of these definitions, you could call this: 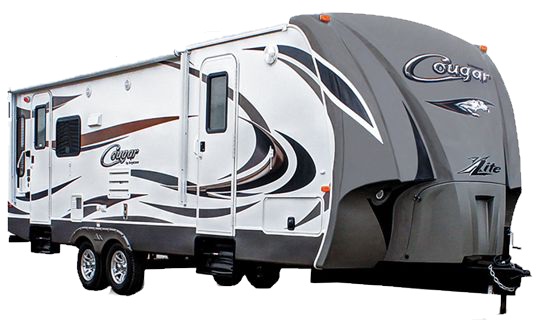 At Mary Yoder’s Amish Kitchen, most of the Amish among the business’s 75 employees do work in the kitchen, so that lines up pretty well with the name. Just a few work as servers.

Maybe all that doesn’t matter, if you’re just hungry and out for a solid meal.

I can’t speak personally about the quality of the food here, but it seems to get pretty good marks, with over 500 Google reviews giving it a score of 4.2, and a 4.5 rating on Facebook.