Is Amish quilting static, or does it change? Amish women Mary Stoltzfus Lapp and Hannah Stoltzfoos were separated by a generation or two, but each contributed her own special innovation to Amish quilting.

Quilt historian Janneken Smucker shares what those innovations were below–plus the unusual example of an Illinois Amish family who created their own “wild, individual” style.

We know of lots of examples of innovating Amish individuals, who retrofit machinery to run on 9-volt batteries or air pumps. But what about quiltmakers? Do they innovate too?

Someone, somewhere, decided to innovate by covering a bed with a quilt rather than using the traditional German-style bedding of a straw-stuffed mattress, a feather tick, and woven coverlet.

Since then, Amish quiltmakers have continued to innovate. Any time an individual decides to try out a new pattern, or adapt an existing one, we see an act of innovation.

For example, Mary Stoltzfus Lapp (1875-1955), of Lancaster County, Pennsylvania, decided to make a Baskets quilt, a pattern unknown in her community where Sunshine and Shadows and Center Diamonds dominated.

This pattern was not unusual in other settlements in the Midwest, but in Lancaster County, it stood out. And as a result, friends and neighbors commissioned Mary to make quilt tops in this pattern, or asked to borrow it to make their own. 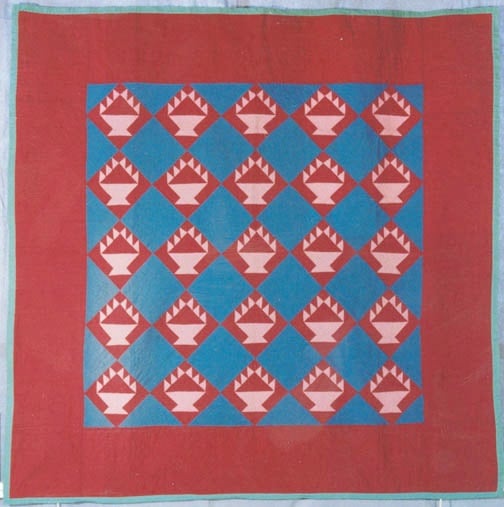 Other Amish settlements have also been home to particularly innovative quiltmakers who have created imaginative, one-of-a-kind quilts.

A handful of quilts attributed to various members of an extended family in Arthur, Illinois, attest to an innovative approach to quiltmaking, in which both commercially pieced and conventionally used patterns are set aside in favor of wild, individual quilts.

It’s almost as if these women competed with one another to make the most distinct, innovative quilt, while other families preferred to use the same patterns over and over. 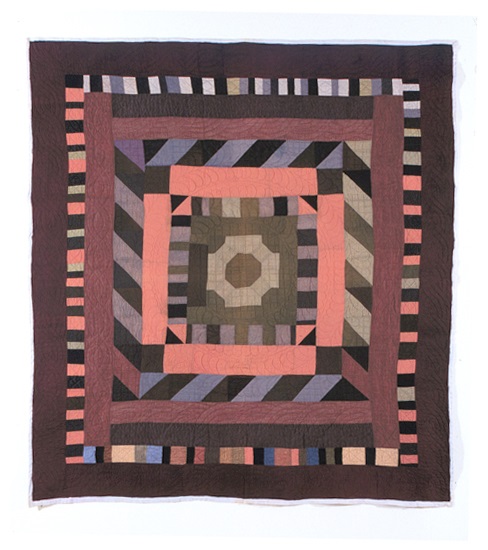 Outsider interest in quilts coincided with an entrepreneurial spirit in many Amish communities, so Stoltzfoos, along with many other businesswomen, capitalized on quilt mania in the 1970s and started successful businesses, taking an innovative approach to quiltmaking by employing quilters as contract workers who contributed various parts of the quiltmaking process. 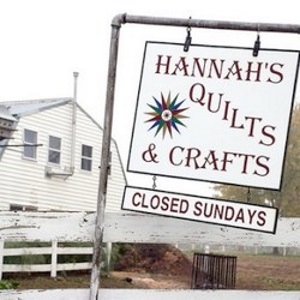 Hannah’s Quilts, the oldest Amish quilt shop in Lancaster County, Pennsylvania (Emma Witmer, an Old Order Mennonite woman, opened a shop even earlier, but alas, she is technically not Amish).

Amish quiltmaking has never been static. It frequently has changed, often due to innovators like Mary Lapp and Hannah Stoltzfoos who were willing to try something new.

Other posts by Janneken: What are “haps”? | PA German Fraktur Art | “Church Amish” Quilters in the 1940s

Janneken Smucker is Assistant Professor of History at West Chester University, consulting curator for the International Quilt Study Center & Museum at the University of Nebraska-Lincoln, and author of multiple publications on quilts and quilting including Amish Quilts: Crafting an American Icon.