A Lancaster friend has a bunch of growing boys, which means he’ll need barn space for more horses. The last week or so he’s had a local carpentry crew at his place putting an addition onto the barn (this is not to be confused with the “pole barn”, which is a different building where visitors from Poland sleep while in town). 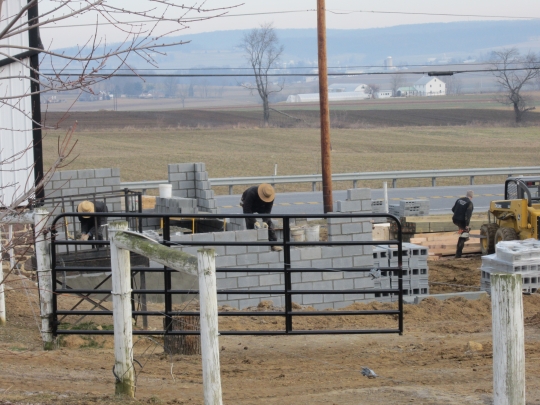 Amish construction crew, off to an early start

The work crew is also Amish and consists of a few fairly young fellows; my friend’s sons, who work on construction crews as well, pitched in to help while I was there. I took a few shots of the guys at work which you can see here. 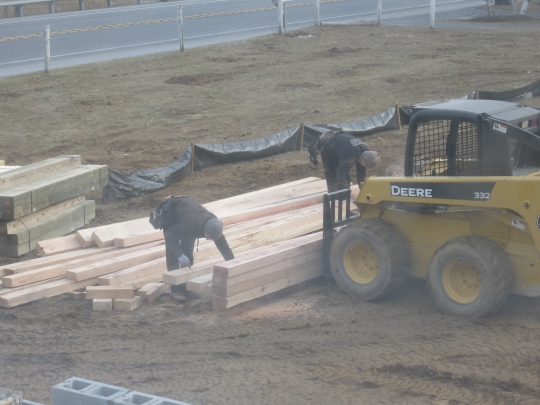 The skid loader comes in handy

Each morning a driver provides the crew with a ride, dropping them off for the day (they bring along a trailer with their tools as well). This crew had at least 2 jobs going on at the same time. 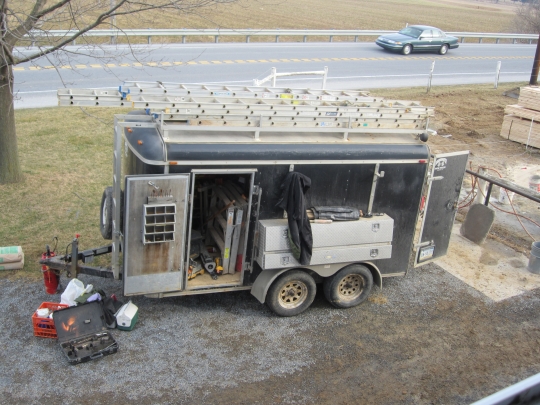 They estimated the barn addition would take at least a couple of weeks. I brought the guys an egg sandwich-and-hash brown breakfast one morning but that was the extent of my contribution to the venture. 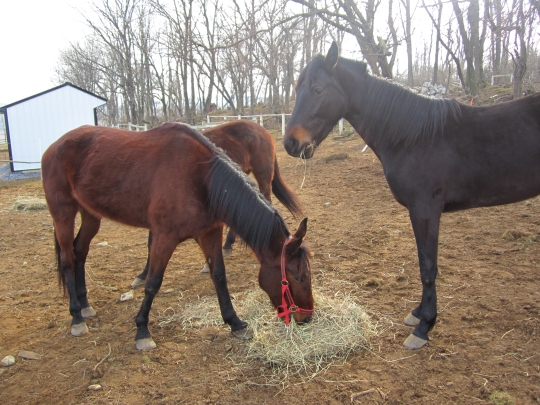 Having a snack while waiting for the new home to be finished.  Hay not hash browns for you guys!

Construction is one of the big industries among Amish in general and in Lancaster County in particular. Amish builders do work in both the residential and commercial arenas, for both English and Amish clients. 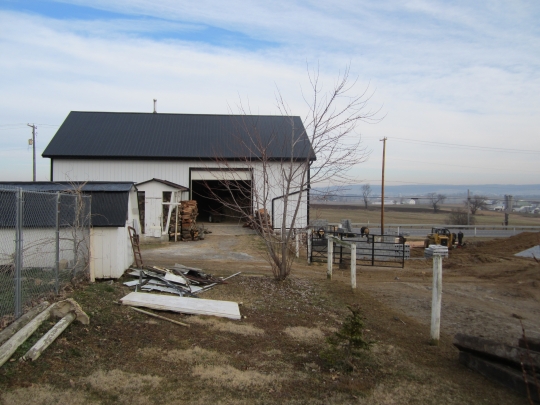 Many Amish homes have small barns for horses and storage

Lancaster County has a lot of homebuilders and remodelers which is in part due to the large market and demand for construction in the region, with its relatively dense population and proximity to large urban centers like Philadelphia and Baltimore (see here for a list of PA Amish roofers in Lancaster and other parts of the state, or search PA Amish construction companies). 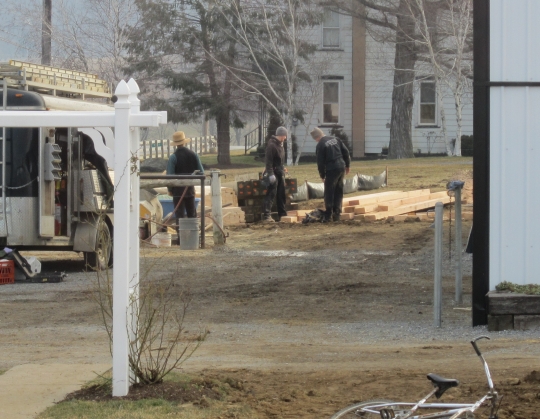 Construction is a key industry for the Amish

There are also a number who specialize in barns and outbuildings, including doing restoration work on the old stone barns found throughout the region. It would be interesting to hear if anyone has had experience with Amish construction crews.