Today, an interview with Ira Wagler on his new memoir, Growing Up Amish. 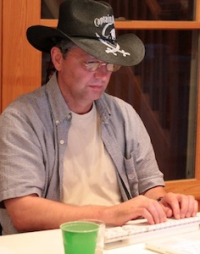 Ira was born in the Aylmer, Ontario Amish community and grew up in Bloomfield, Iowa.

During his youth and young adulthood he spent time on a Nebraska cattle ranch, Canadian wheat fields, and in Amish communities across the country.

Ira struggled with life as an Amish person before finally leaving for good in his mid-20s.  Ira is a friend of mine and has a true gift for writing; the book is a page-turner.

We’ve also got a 6-book giveaway courtesy of the good folks at Ira’s publisher, Tyndale.

There are three ways to enter the Growing Up Amish giveaway contest: 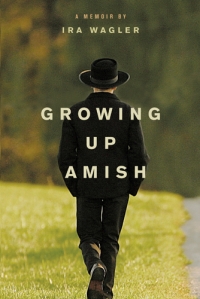 3) mention this contest on your blog=3 chances to win

So do all three, and you’ll have 6 chances to win Ira’s book.  If you share on Facebook or your blog, drop me a quick email at amishamerica(at)gmail.com letting know you did.

The contest runs for one week.  One stipulation: books can only be shipped to US or Canadian addresses.

The six winners will be chosen at random and announced here next Thursday, July 21.

Amish America: You’re quite blunt in telling your story, both about yourself, and those around you—family, community, church leaders (i.e., the “mad Bishop of Ligonier”, who, unlike most in the book, remains anonymous).  How have people responded?

Ira Wagler: Mostly, the response has been from my siblings, so far. And it’s been amazingly supportive. A bit of friction from one or two, but nothing that will estrange us, I think. All of them spoke of the searing trauma of going back and “reliving” those days with me. Of course, they were all on the sidelines, but they were there. Overall, I’ve been surprised and humbled by their reactions. 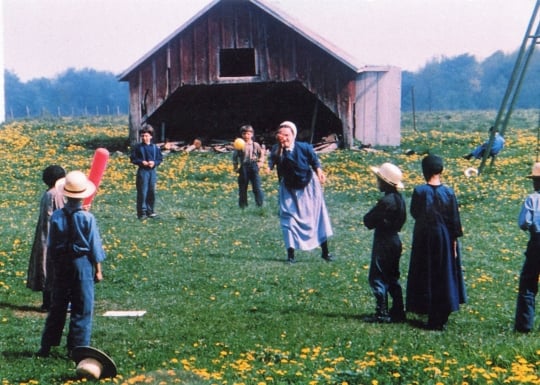 You’ve spent time everywhere from your birth community of Aylmer to Bloomfield where you grew up, to Pinecraft in Florida to Indiana. Now you live in Lancaster County. How did you end up there? And how is life in Lancaster compared to those other places?

Ira Wagler: Yeah, it is a bit strange. Somehow, even after leaving, I found myself lurking around the perimeters of a large Amish community like Lancaster. I first came in the spring of 1989, after a friend invited me out to work construction during the summer months. That was the year I started college. After that, I returned every summer and grew to love the place. I have considered Lancaster County my home since the early 1990s.

Lancaster has the gamut of them all, from the sternest hard core Amish to some of the most enlightened people I know. Some of my closest friends here are Old Order Amish. I stop by weekly at a couple of Amish homes, just to hang out drinking coffee, and to beg bread and food from the goodwife. It’s a beautiful thing, especially for a guy living alone who can’t cook or bake.

Growing Up Amish seems as much about your relationship with your family as it is about your struggle with being Amish. At one point in the book, you are excommunicated after leaving. What is your status now, and how are things with your family?

Ira Wagler: Today, I am not excommunicated from the Amish church, which would be unfathomable here in Lancaster County. But I left the Amish church in the very progressive area of Goshen, IN, where they are much more enlightened about such things. 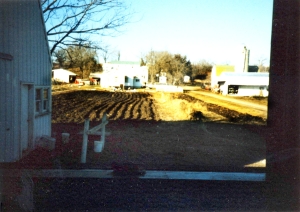 I am close to all my siblings. Closer to some than others, of course. But when we get together, we are all genuinely glad to see each other and to hang out with each other. I can’t be thankful enough for that.

There was a time, not that long ago, when our current relationships with each other would have been impossible. But with the passing of time, as we all got older, we’ve recognized the important things in life. And that includes us, me and my siblings, accepting each other, despite our differences in lifestyles.

And what does your family think of your writing? Since your father David is one of the originals at Family Life, it seems the apple doesn’t fall far from the tree?

Ira Wagler: Yeah, I am my father’s son in that respect, for sure. My family always knew I “had it.” Had what it takes. But none probably expected me to actually make it to publication. They are all proud that at least one son followed in his father’s footsteps, if not in lifestyle, at least in writing.

In a pivotal section of your story, you describe your relationship with your girlfriend and eventual fiancee Sarah Miller. One gets the impression that an Amish first date has greater implications that an English one. By how you describe it, it almost seems asking for a first date is a pre-proposal.

But certainly not all Amish marry the first person they date? And how often do relationships end the way yours did?

Ira Wagler: Well, that varies a lot from community to community. In Bloomfield, where I lived at the time, a first date was of course not equated with marriage. But casual dating was also frowned upon, and not done much. So once a couple had that first date, that meant that the chances of them getting married were certainly greater than not getting married.

Some dating relationships fell through, here and there. That’s inevitable, in the normal course of life. But to proceed to the point we did, where we were engaged, then have that break off, that’s a bit rare in any Amish setting. Not unheard of, by any means. But rare.

Your buddies, the “gang of six”, figure prominently in the book. What is social life like for an Amish youth? And what’s become of the gang today? 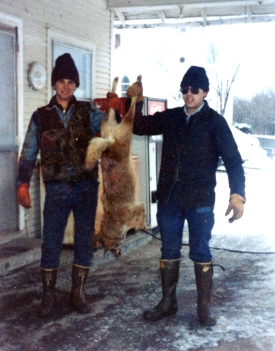 Two of the gang. Ira and Marvin Yutzy following a successful coyote hunt

Ira Wagler: Again, social life varies greatly from community to community. In Bloomfield, the “gang of six” forged its own way, as the settlement was so young, and there had been no wild youth before us.

Of the six, only one remains Amish. Mervin is a preacher today in Bloomfield. Of the remaining five, I guess two would retain some semblance of plainness. That leaves three of us who are completely “English.”

Throughout the book you are critical but also appreciative of Amish life. You’re clear, however, that it’s not for you (some of your final words in Growing Up Amish: “I would never dream of returning”).

But in your opinion what are those strong sides of Amish society?

Ira Wagler: I would boil it down to three things, although of course there are many other factors. Family. Faith. And work ethic.

I can’t stress enough the work ethic, because it affects all else. Amish children are taught to work from almost the time they can walk. Little simple chores. And they get more responsibility as they grow. They learn to work hard, earn their bread by the sweat of their brows, and know no other way.

That’s the primary thing society has lost, at least western society. Work. Pull your own weight. Expect nothing you haven’t earned. Help those who can’t work with your free will offerings. It’s a real shame that so much of that has been lost in the outside world.

Ira Wagler: The stifling legalism so prevalent in some form in all Amish communities. The Amish use the bann and shunning, because absent that, the culture could not survive. It’s a survival mechanism that has emerged and solidified over the course of many generations. I don’t fault them for it, necessarily. It is what it is. But, over time, that survival mechanism has caused a lot of deep pain and trauma for a lot of people. 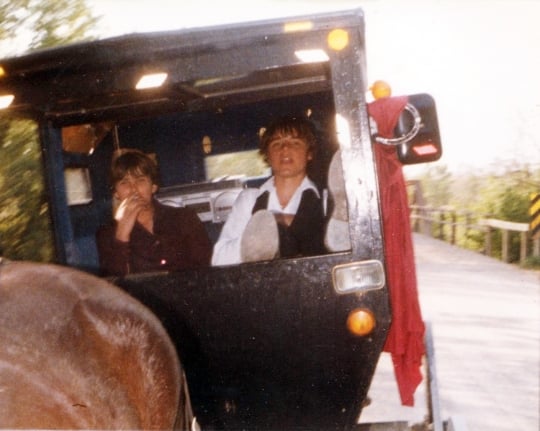 Running around in Bloomfield, early to mid-1980s

If you had somehow remained Amish, where would you be today?

Ira Wagler: Two possible scenarios. I would have believed in and held on to the Amish way in my heart, and would have risen to a position of influence and leadership (perhaps as my father did, by writing). Or I would have gone insane. Probably the latter, in all honesty.

And why aren’t you driving a horse-and-buggy today?

Ira Wagler: Hmm. Well, that’s a pretty open-ended question. For a detailed answer, I guess you’ll have to read the book.

What do you write about on your blog, and where do we find it?

Ira Wagler: My blog is my release valve. I write about anything and everything that happens to be on my mind. Or going on around me. Right now, I’m posting rather sporadically, what with my book coming out and all. You can always find me at www.irawagler.com

What is your next book going to be about?

Ira Wagler: So far there have been no discussions with anyone about the next book. Whether there is even a second book will depend on the sales of the first. That’s the market. And that’s life. I hope to be published again, of course. What writer wouldn’t? In the meantime, though, I will always post my musings on my blog.

Order Growing Up Amish at Amazon.