Ira Wagler‘s best-selling 2011 memoir Growing Up Amish told the story of his life as a young man, and his eventual decision to leave the Amish behind. 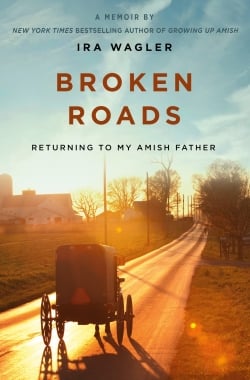 Broken Roads: Returning To My Amish Father is his just-released follow-up.

It covers subsequent events in his life, and in particular, his relationship with his father, David L. Wagler. Among David’s accomplishments, he was co-founder of the Amish monthly Family Life.

Ira is with us today to answer some questions on Broken Roads. I finished it earlier this week and really enjoyed it. If you liked Growing Up Amish

Ira is kindly offering two books as a giveaway for Amish America readers. To enter the giveaway, just leave a comment on this post.

The giveaway is limited to US addresses only. I will draw two winners at random and post them next week.

Ira Wagler on Broken Roads: Returning To My Amish Father

Amish America: Give us a recap – what did Growing Up Amish cover, and where does this one pick up? What do we learn next in your story?

Ira Wagler: Growing Up Amish ended as I was leaving the Amish for the last time. The young man following his own path, in his own way, in his own time. Breaking free. A classic coming of age tale, woven into Amish culture. It wasn’t really planned that way, but Broken Roads is the story of coming home. Of returning again and again to the father and the people that I had left behind. Not because I wanted to stay there, but because I wanted to keep my relationships with my family.

Amish America: Who was your father?

Ira Wagler: David L. Wagler was among the most famous Amish men of his lifetime, or any time. A giant of a man among his people. He shook the earth, wherever he went. He was a writer, an intellectual, a defender of the Amish faith and lifestyle. Some of the apologetics he got tangled up in were a little rough and tumble. There was always some strident shouting going on at the peripheral of things. Background noise, I guess. He never backed away from a good fight, um, I mean, argument. That got his blood going. Other than that, his writings were pretty calm. Interesting. Well written. Writing was his calling, and he devoted his life to following that calling. 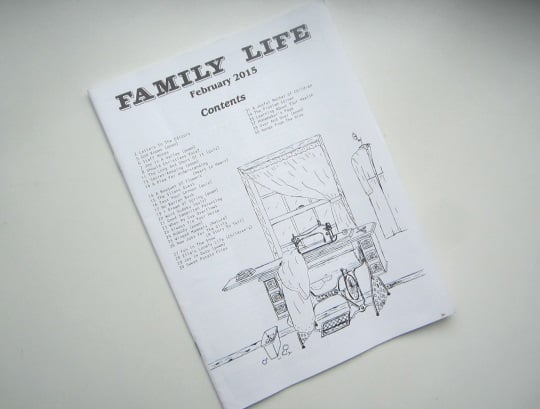 Now that you’ve done this twice, I’m curious about the process of doing this one vs. Growing Up Amish. Which was “tougher” to write? How did you approach this book versus your first? Did you plan to do a second book or did things just unfold that way?

When I wrote Growing Up Amish, I was totally focused on getting that story told. Nothing more, and no further. I didn’t think much about a second book. I figured it would come when it came. And that’s what happened. The second book is the story of many broken roads: Marriage exploding, betrayal by a best friend, and reconnecting with my estranged family, things a lot of people deal with every day. I would not say I planned the second book. It came on its own, with a bit of nudging from the publisher and my agent. I got stuck for a full year in the writing of it. Hachette, my publisher, was very patient.

Give us a couple of things we’ll learn in Broken Roads that you’ve not shared elsewhere.

Most of the details of my courtship of Ellen were never told anywhere before. The early transformation from Amish to English, I had not written much about any of that. Most of the book comes from themes that I had at least touched on before. Rewritten in a coherent thread. 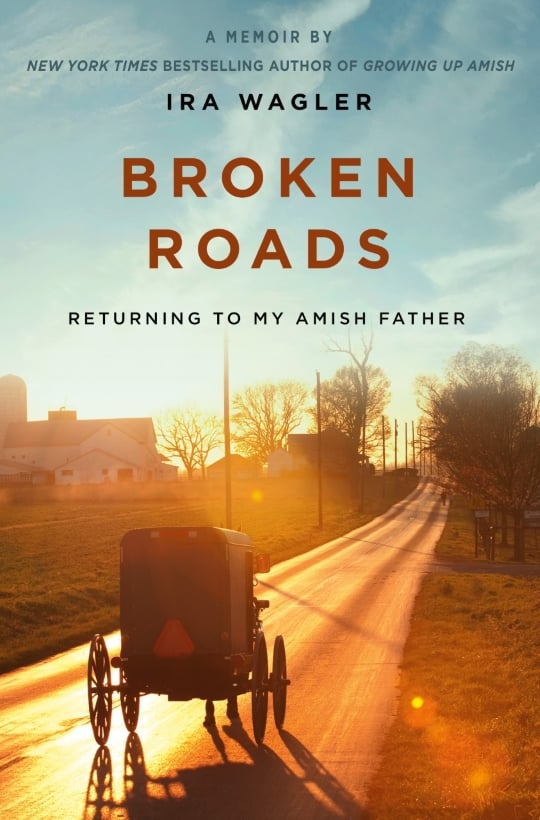 Three Amish communities primarily feature in this part of your story – Aylmer, Ontario; Bloomfield, Iowa; and Daviess County, Indiana. Why are these places significant? Which one feels closest to “home” and why?

That’s a great question, one that makes me think. Go where I hadn’t been before, much. Any kind of childhood reflections and dreams, the setting is always in Aylmer. That’s where it actually was, of course. Bloomfield comes to mind naturally as home in my young adult years. I saw a lot of turmoil in that place, and it’s the place I kept returning to. So both Aylmer and Bloomfield have strong claims to my subconscious recollections of home. Daviess is home to my ancestral memories, not so much my real ones.

What are some of the aspects of Amish life you appreciate today, even as you live apart from the Amish?

I very much appreciate the comfortable, solid flow of their lifestyle. Emphasis on tradition, holding on to a lot of good things. Habits that go back generations, habits that get passed on because they work. I live among the Amish because I like to live among them. They are my people. I just don’t want to live that way, that’s all.

What did you learn that you didn’t know before writing this book? 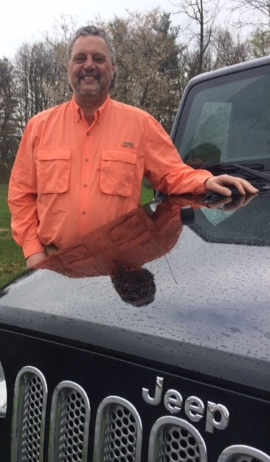 Hmm. I guess I would say the process was different. More measured. I think my voice is more mature. The first book was the young man, fighting to get out. The second book is an older man coming home, looking back on some hard things. Ordinary things. Just hard.

Tell us where to find your blog and where to get the book.

If a bookstore is open where you live, call and ask them to stock it. Many places are closed down, so you can order the book online. Just google for links or search on Amazon.

When can we expect book #3?

No idea. When working on each of my first two books, I focused totally on the story I wanted to tell. The first book, leaving. The second book, returning and burying my father. I thought no further than getting to the end of the story I was telling.

So, I’m saying, I haven’t thought of it. I don’t know. Maybe soon, if the market makes it happen. Or maybe not, too. Whatever or whenever it is, book #3 will be real or it won’t be at all.

You can get Broken Roads at Amazon

and other places. Thanks to Ira for sharing with us today.