Siss im blut is PA Dutch for ‘it’s in the blood’.  It’s often given as a reason when Amish and Mennonites talk about genetic problems in their midst.

Amish and Mennonites have taken a practical approach to an unfortunate situation:  a cramped gene pool causing numerous genetic disorders, often popping up with a frequency unseen outside their tight communities.

Amish communities have accepted medical help and have built centers to deal with conditions that are so rare that they show up in only a handful of individuals around the world.

The root of the problem can be explained by what is called the founder effect, whereby the genes that show up in a founding group’s members show up disproportionately in later generations.

With close intermarriage not uncommon and relatively few joiners to contribute ‘fresh’ genes, Amish populations are particularly subject to the founder effect. 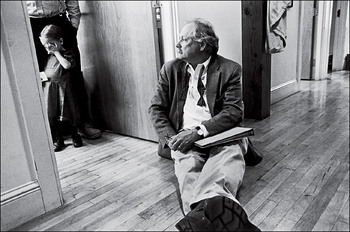 Dr. Holmes Morton is one of a few specialists who focus on treating Amish and Mennonite genetic conditions.  He has given hope and help to many.  In a recent article,  NYT explored Dr. Morton’s work in genetics.

Also: Another blog (no longer available) linking to an article on a genetic disease found among Lancaster Mennonites, who have used blue lights and liver transplants to save their young afflicted with Crigler-Najjar syndrome.