5 Challenges of Becoming – and Remaining – Amish

Bill and Tricia Moser were living in one of America’s wealthiest communities when they stepped away, launching a journey of faith that ultimately led them to become Old Order Amish—adopting the plain life exemplified by the horse and buggy. 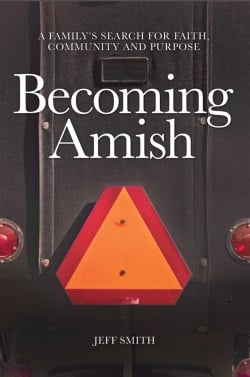 They and their six children remained Old Order Amish for 15 years, but in 2014 they left their community and joined an Amish-Mennonite church in Missouri.

The Mosers’ new church adheres to the same Anabaptist statement of faith that all Amish and Mennonite churchs adhere to, but the Mosers have far fewer technology restrictions than when they were Amish. They now drive cars and use electricity.

In a previous post, we asked Bill to discuss the greatest joys and benefits he found while living Old Order Amish. In this post we ask Bill to discuss some of the key challenges he and his family encountered.

1. The language barrier was very daunting.

Bill Moser: Well, language would be a large and obvious challenge—not knowing the native Amish language, Pennsylvania German. But I would say that did not hinder us from becoming Amish, it hindered us from remaining Amish, though we did stay Old Order Amish for 15 years.

We were willing to accept the challenge of the language when we joined. We initially figured we would learn Pennsylvania German, but at the time there were no good instruction books, and we just were not able to pick it up. I wonder, among the people who do remain Amish, how many marry an Amish spouse, because that would make a big difference in learning the language.


Our church did, however, go to great lengths to help us, by having translators for us during church. And our community members spoke English with us in daily conversation. But having a language around you at all times that you cannot understand leaves you feeling something like an ex-pat and never fully assimilated, and that became an issue for us over time.

2. Crossing cultures is difficult—we underestimated the size of that challenge.

Right. And the cultural piece more broadly—you could even call it an ethnic piece—is a challenge. You are living in a completely different culture and it’s a culture that is based on not changing. But one just naturally brings some artifacts from previous life into new life as Amish, and some things that seem innocuous to the seeker might be subtly discouraged by the community. It can be a very subtle thing, but it’s also a real thing.

This example I’m about to give shows what I mean. Tricia had a collection of decorative teacups because her family’s ties go back to the British Isles and tea is a big deal in her family. So she displays the teacups on the wall. This sounds like nothing to somebody in general American culture, but in the Amish culture, that can be construed as a sign of pridefulness, and it would be subtly frowned upon. 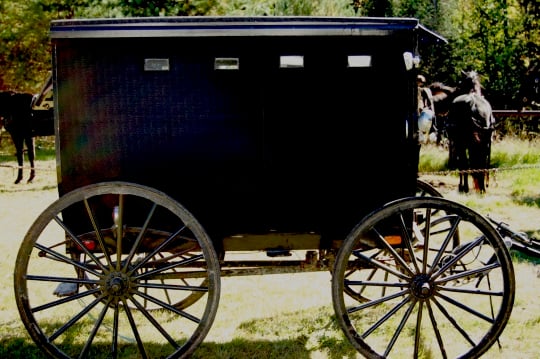 I think people moving into the Amish culture are generally aware they will be giving up the big cultural things, but what can surprise them or cause frustration is feeling that idea reach deeper into the small decisions they make as well. You do laundry on a Monday. You use a wringer washer. Pizza is made a certain way … lots of little things like that.

3. Many parts of living low on the technology scale are easier than we expected, but other parts are difficult in surprising ways.

Coming into it we felt some challenges, yes. Changing the way we live, not having electricity and how that affects lighting and refrigeration would be the two main things. And of course the challenge of transportation. But initially it helps that you have the newness of it, the excitement of the challenge, you could say.

Learning to drive horses was a bigger challenge than I’d expected, and to be honest, though we lived horse and buggy for 15 years, I never became fully comfortable driving horses. We had some runaways, a couple of accidents, but thankfully nobody was ever hurt badly.

One unexpected challenge for me was navigating the relationship between myself and the drivers whom we would hire when we needed to travel or do errands that required cars. If you are not careful, the relationship can begin to feel like the driver is your chauffeur, or even like a servant, and that is a feeling that is very much against the Amish faith.

Living the faith can be a challenge for people from broader America. We embraced the Amish expression of Jesus’s teachings, but it is a different interpretation than mainstream religion. Many people would have a problem with nonviolence. 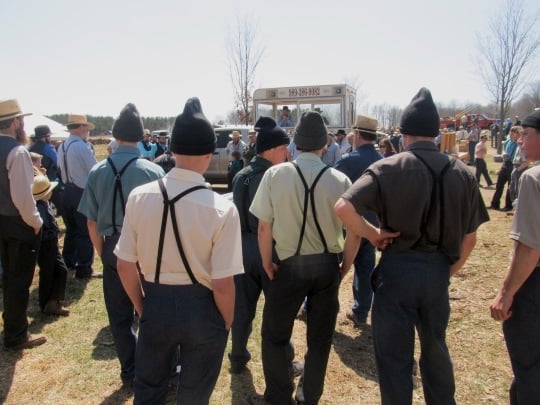 Also, the idea of separation from general society—in the world but not of the world. The teachings of modesty … modest dress is especially difficult in today’s world. It would have been simpler a hundred years ago when most people dressed modestly and many mainstream churches encouraged a head-covering of some kind.

5. It’s difficult starting and nurturing a relationship with an Amish community—be prepared for that.

Well, this is a little less tangible, but it’s very strong … not even sure how’d I’d put it. But, you might think it would be an easy thing to find an Amish group to join, to get to know them and join. But it is not an easy thing. Culturally you are different. That is no small thing.

So the process begins when you get a connection and you strike up a relationship with one individual. You get to know them a bit better. And you begin getting to know more people in the community. And they have to process that, too. How are they going to respond to you.

And then there’s the connection to church leadership. And it keeps broadening and eventually there’s a point of asking, “Can we join your church?” The whole processing of that is difficult, it is a hindrance in itself. You don’t just walk up to the church door one Sunday and say, “I’m going to join this church.” It’s like an intricate courting ritual for you and your family and for the people of the Amish community.

Bill Moser and Jeff Smith recently collaborated on a book titled Becoming Amish, about the Moser family journey. The book provides broader context to transitioning to Amish with interviews of Amish bishops to discuss the seeker experience, an interview with the minister who helped lead the Amish education Supreme Court case of 1972, exploration of the seminal Anabaptist book Martyr’s Mirror and visits to plain living communities to discuss technology and faith. Find the book and more at BecomingAmish.net or Amazon.com.