Fending off the city folk

Most Amish have a fairly healthy attitude toward tourism–and tourists can mean different things to different Amish–a slight annoyance for some, a significant profit source for others, a chance for an interesting conversation for another bunch.

Lancaster Amish by far have the most to deal with when it comes to visitors, though if you get out of the heavily-trafficked areas such as Amish tourism capital Intercourse, or nearby towns such as Bird-in-Hand, and Strasburg, it calms down quite a bit. 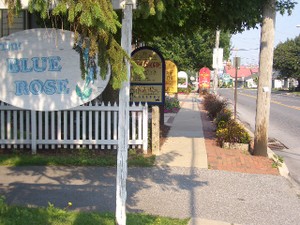 Kraybill writes that one release valve for the pressure of being under constant attention from outsiders is to make some light fun of the situation.  And from the sounds of it, the tourists aren’t doing themselves too many favors.

Yesterday an Amish lawn-lighthouse builder ran through some amusing comments made by out-of-towners with me.  Many center on some city-folk’s ignorance of the true origins of what they buy in the supermarket.

There is of course the standard ‘Holstein cows give white milk, and the brown Jersey ones give chocolate’ joke Amish dairymen like to tell.  And apparently one visitor to an Amish farm some years back asked how long it takes for the flesh to grow back after the cows are butchered.  You can be sure that one made the rounds.

This same fellow mentioned that tourism this summer was probably worse than the average.  He’d heard it was a result of the Nickel Mines publicity.  That was the first I’d heard mention of last October’s incident from any of the 500+ Amish families I’ve met over the past 3 weeks. 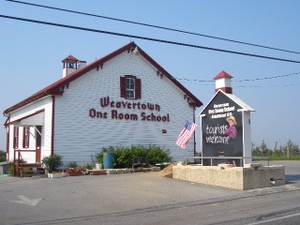 At the same time, numerous Amish have struck up meaningful relationships with vacationers.  A handful have told me of friendships going back years and including many exchanged visits with natives of my home state, North Carolina.