Similar to reports from northern Indiana and Lancaster County, the Amish in Daviess County, Indiana mostly seem to believe they have already had COVID-19, according to one of their own. And there is one further implication to that which you’ll see in this quote:

“The COVID-19 went through the community last year,” said spokesman for the Daviess County Amish community Mark Raber. “Most folks say they have already had it and don’t see any reason for getting a vaccination.”

I have said before that if the Amish don’t think there is a good reason to get the vaccine…then they won’t.

Quick aside: I guess Mark Raber is the de facto person who deals with media for the local Amish. He has the name “spokesman” here, but that’s more likely a description by the article writer, rather than an official title, which would be odd. We saw someone in a similar role in Geauga County last year. 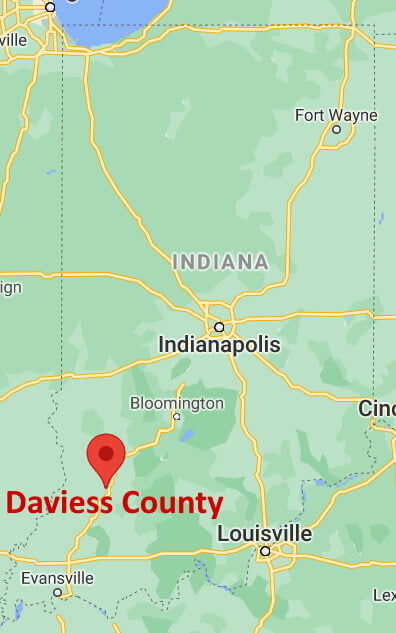 Anyway, the data is backing up what Mark Raber says –  showing the stark divide between the Amish and non-Amish population in the area:

There is a map buried inside the Indiana State Department of Health website that shows where people in Daviess County have been or are in the process of being vaccinated against COVID-19.

The map has a line that runs north and south from the Greene County to the Pike County line. Those on the west side are in the yellow area, indicating there are significant numbers of people who have either been vaccinated or are in the process. The east side of that line is red, meaning very few people are seeking the vaccinations.

“It looks weird,” said Daviess County Public Health Nurse Kathy Sullender. “In Daviess County it looks like we have either all people trying to get vaccinated or no people. There aren’t even any splotches.”

For the most part, almost all of the area in red is in the Amish community. That appears to be because there is little demand for vaccines in that area.

Likewise, at least one recent study has shown that Amish are very unlikely to get the COVID vaccine.

One other thing that I believe hurts any effort to convince Amish to vaccinate: the message that masks should still be worn, even if you’ve had the vaccine. Regardless of how compelling the arguments actually are for that practice, that idea is going to come across as nonsensical to some.

This Cleveland Clinic article gives 5 reasons why vaccinated people should wear masks. However they also provide the following example of measles…and I’m not sure this is going to help their argument:

In comparison, the measles vaccine is 97% effective after two doses. The vaccination program began in the U.S. in 1963, but the disease wasn’t considered eliminated until 2000!

I also keep seeing in these reports that people seem to think the big problem here is that the Amish with their limited buggy transport simply don’t have easy access to the vaccine…while looking past the part where the people you want to vaccinate have to be willing to actually take the vaccine. Like it’s just a matter of logistics.

The Daviess County Health Department likewise has offered to set up a clinic in the community so Amish can have easy access to all the vaccine they want. Here’s what Amish spokesman Mark Raber had to say about that:

“I don’t think anyone would gain anything if they were to do something out in the community.”

At this point I am quite doubtful you’ll see Amish people being convinced to vaccinate in significant numbers, no matter how many false headlines you publish to attempt to pressure them to do so.