This is a feel-good story from an off-the-beaten-path Amish corner of Ohio. Amish had remodeled a barn into a two-story home in a small settlement in Harrison County, Ohio (this is about a 40-minute drive southeast of the Holmes County community). The newly-remodeled home burned down July 2. 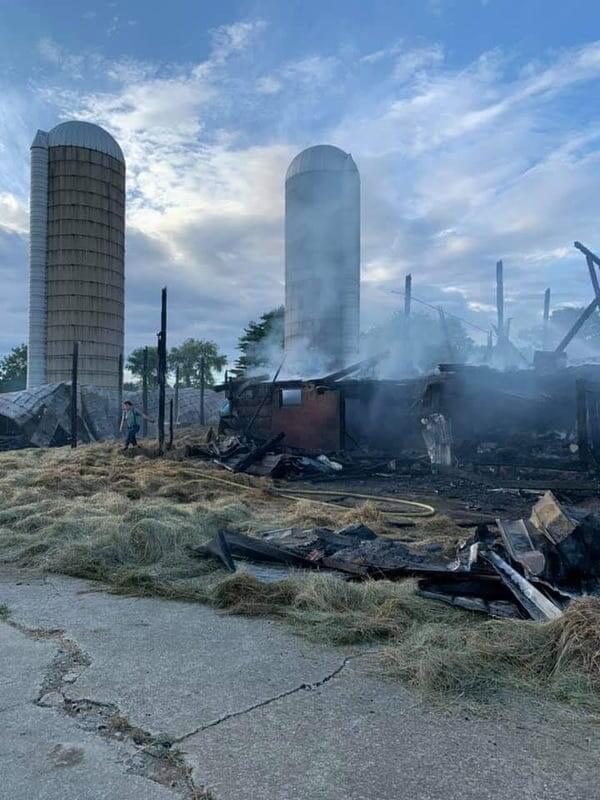 Aftermath of the fire. Submitted photo via New Philadelphia Times-Reporter

True to form, a week later, Amish were already putting up a new home. But for me, more noteworthy was what happened during the fire, which moved at least one Amishman to share his appreciation:

A young Amish man told Anderson, “I don’t know how to tell you how I feel. I actually feel loved.”

“What do you mean?” Anderson asked.

“We’re not going to leave until the fire is out,” Anderson said.

“He said, ‘Yeah, but you don’t understand. I have never felt this before, the support from the English community towards us.'”

“I’m like, ‘Well, no. You guys are part of the community. That’s how we look at you guys.”

Support went the other way too. This is Jason Anderson of the Freeport Fire Volunteer Department:

He said firefighters were amazed by the support they received from the Amish community on the night the previous home was destroyed.

“During the fire, the women approached us and said, ‘Can we go feed you guys?’ Within a half-hour, there were cookies, brownies fresh out of the oven, sandwiches and all that for all the firemen.”

Anderson said it is “astonishing” what the Amish community does.

The young Amishman above sounds like there hadn’t been a lot of interaction between Amish and English, or at least positive interaction in at least this young man’s life. Sometimes a trying event is what it takes to bring different communities together into one. Or at least to help them realize they are in some sense part of the same community.