While it’s more often the other way around, in this case an Amish teen made the bad decision to drive his buggy after drinking, leading to an accident. And in fact, this is his community’s second buggy DUI in the past several years. 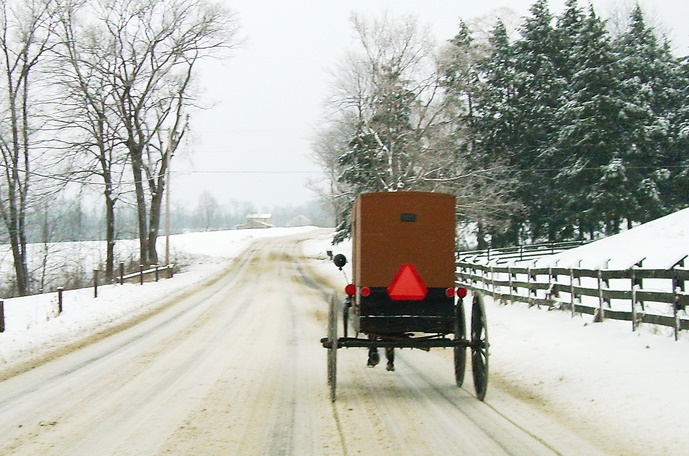 A 17-year-old in the New Wilmington community was involved in an incident which left a buggy with “major damage” in late January. State police investigated for a month and have returned with DUI and related charges for the teen, specifically “two counts of driving under the influence and one count each of careless driving and a minor prohibited from driving with alcohol”.

Here’s the rest of the story via the New Castle News:

According to a criminal complaint, police were called to the area to find the buggy in a ditch with major damage and the horse unleashed.

Police found open beer cans and a beer bottle mixed in with the buggy wreckage, and two open cases of beer were in the field with unopened cans. Byler, who was at the scene, told police the beer belonged to him, the report said.

Troopers reported smelling alcohol on Byler. He submitted to a blood test that registered 0.138 percent alcohol.

They determined the accident occurred when a snowplow spooked the horse.

As mentioned, this isn’t the area’s first Amish buggy DUI. In 2018 an Amish teen in the same community was also charged with a DUI after an accident with an SUV.

I feel confident saying these incidents weren’t the only two times buggies were driven under the influence in New Wilmington.

If this is at least the second time in three years someone has been caught, DUI buggy driving is probably customary in this settlement. Or at least among a subset of its young people.