Indiana Amish midwives Sylvia C. Eicher and Lydiann S. Schwartz avoided jail time at their sentencing Friday. The women were instead given 2 years’ probation and ordered to stop practicing midwifery and medicine. The prosecutor had asked for 6 months’ imprisonment. From WANE:

In court Friday, Prosecutor Jeremy Brown asked for 6 months in jail due to the severity of the cases. Brown argued the cases set a slippery slope and said both Eicher and Schwartz were told multiple times by law enforcement to stop.

Brown said there was an “intentional ignorance” and the prosecutor argued the court needed to protect babies.

Six people spoke on behalf of Eicher and Schwartz, including the mother of the baby who died. That woman said she did not blame the women. Another 42-year-old man said Eicher was present at his own birth, and said over four decades, Eicher and Schwartz have been delivering babies for at least four decades and delivered about 4,000 babies.

More than 100 people attended the sentencing hearing, with dozens more waiting outside the courtroom. 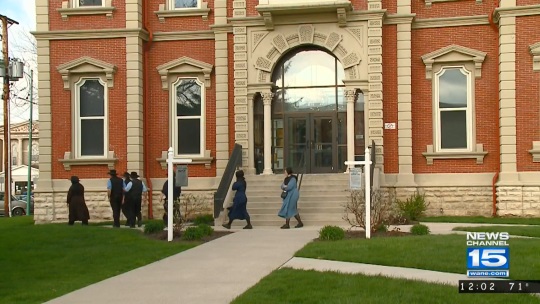 The women pleaded guilty in July to felony charges. A recap of the case:

It was early May when Eicher and Schwartz were arrested for illegally practicing medicine and administering medication to mothers and babies. At the time, Eicher told NewsChannel 15 that she has been delivering babies for 37 years, and said she and Schwartz taught themselves how. Eicher claims they have delivered thousands of babies in the Amish community.

Police said the woman administered veterinary medicine to women during during child birth, and at least one child died after their care.

Here’s the news report on Friday’s outcome. The reporter notes that “one woman said Schwartz gave birth to 10 of her children, including one who recently died of heart failure after birth. She said she did not hold anything against her, and that both women were only doing the work of God.”