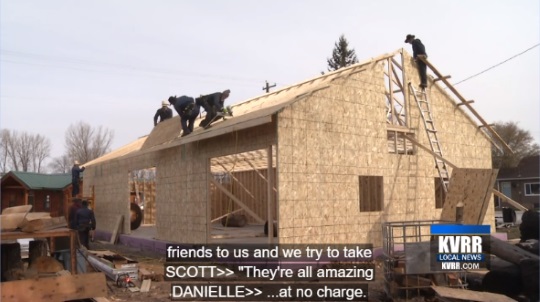 A nice feel-good story out of northwestern Minnesota:

GLYNDON, Minn. — A fire destroyed multiple buildings at Andy Lake Woodworks in May.

Now a group of Amish workers are bringing out all of their tools to help owners of the business rebuild.

Andy Lakes Woodworks has risen from the ashes, and it’s all thanks to the Amish for paying it forward.

Six years ago, the business owner Scott Petry helped many of the Amish rebuild their barn, which burned down at Andy’s Lake in Crosslake, Minnesota.

Now the Amish are returning the favor, at no charge.

“They’re all amazing friends to us and we try to take care of each other so it’s a big blessing,” Petry said.

They called Petry’s uncle, Bryan Johnson, to get involved.


Scott Petry is a woodcarver. He lost three log sheds and most of his carvings due to a chemical fire in May. You can see the charred remains of some of his work here: 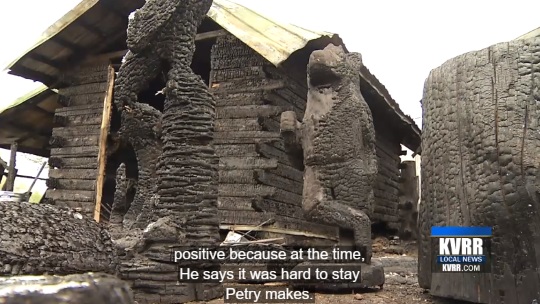 Glyndon is located just over the North Dakota border, about 10 miles from Fargo. It’s hard to tell where exactly the Amish in this story are from, however.

As noted, Petry helped the Amish rebuild a burnt-down barn in the area of Crosslake (Crow Wing County), about 2.5 hours east. I can’t find evidence of a community in the immediate area, though Amish do live in at least two adjacent counties.

Johnson was highly complimentary of his Amish friends: “Great people. Honest as the day is long. Hardworking and so willing to jump in and help anybody, with anything.” 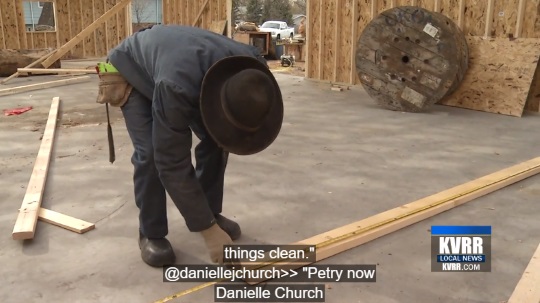 There’s a video to this story, but it’s not embeddable. I recommend viewing it, which you can do here.