Fourteen Amish families settled in a corner of Kansas (Hartford in Lyon County) in the summer of 2020. That community just held a benefit to raise funds for a new school (article in the Emporia Gazette). Amishman Eddie Yoder explained that the event had two purposes: “to raise money for a much-needed school building and also an an opportunity to get to know people in the community.” 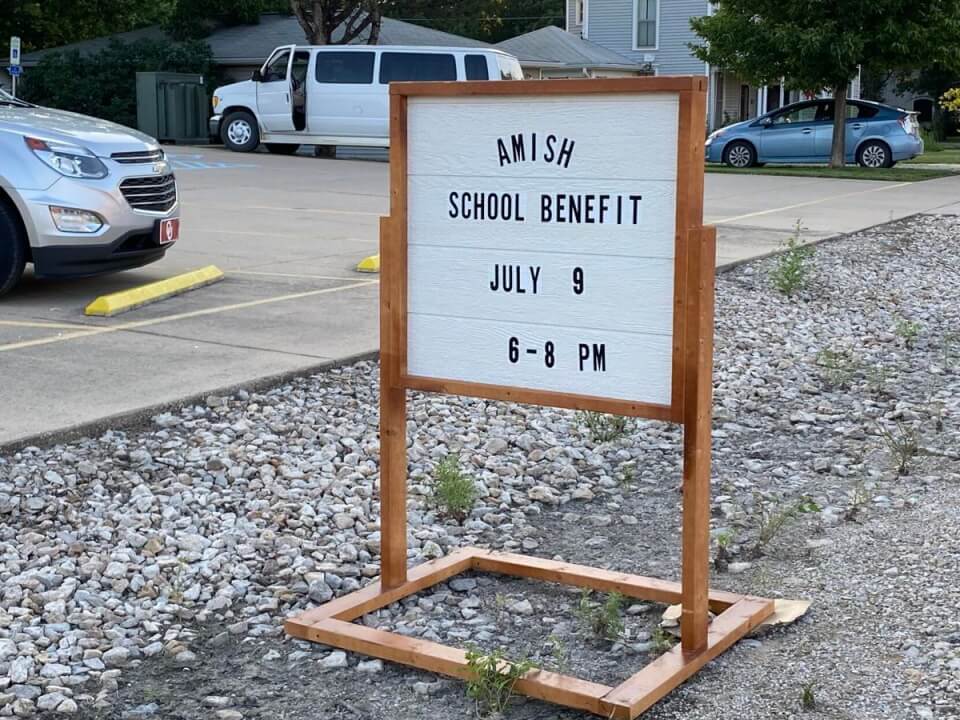 The Amish got a bigger response for the dinner and auction than they were even hoping for, it sounds like:

Yoder said he and other members of the community were surprised at the turnout to Friday’s fundraiser. Shortly after 6 p.m. — the start time for the event — the line for dinner wrapped around the inside of the community center.

“We’re very blessed,” he said. “We’re humbly blessed and we do appreciate the support we’ve got. The people we’ve met so far have been very friendly and very welcoming.”

The community had originally built a one-room school but soon outgrew it. That suggests they’ve gotten a good influx of new Amish settlers to the area.

Yoder explained the appeal of the new setting:

Yoder likes the slower-paced way of life in Kansas, he said.

With what sounds like good relations with the neighbors and a slower pace of life, this community is one that may appeal to Amish looking for that combination.

I’d imagine the rural economy is not as strong in this part of the country as in say some of the larger Amish settlements, but the point for many Amish moving away from those bigger communities is to find that slower pace of life. 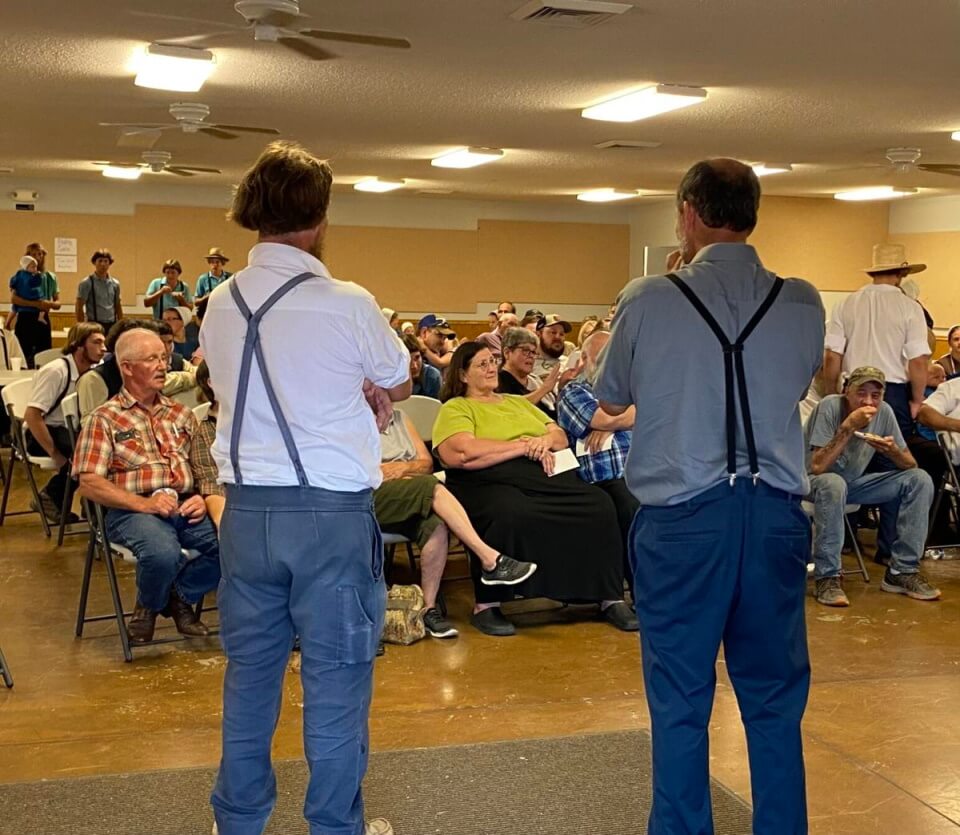 From the photos provided, I see prayer coverings on Amish women that suggest a plainer group. The buggies have got SMV triangles but are not the most progressive in design (roll-up tarp on sides rather than sliding doors and minimal reflectors). I also see some of the men’s hair as being of the longer style of plainer groups, though one of the main Amishmen pictured has got an especially short cut.

It’s possible there could be some visitors from another community in attendance. Or the Amishman with the short hair may be a relative newcomer (Eddie Yoder?) who came from a community with a different standard on men’s hair.

Yoder expressed a desire to be a part of the community and offered a neighborly hand on behalf of his people:

Yoder said he welcomes anyone to contact him or other members of the Amish community if they can help give back to their neighbors, too.

“We just want to be part of the community and we are,” he said. “We may dress different, but we’re just like everybody else.”

Kansas currently has approximately 10 Amish communities, with about half of them being founded in the past 4-5 years.