A reader reached out to me a few days ago with this sad news, and it was confirmed with a note from Gloria’s editor Kevin Williams at the beginning of her latest column:

Note from Kevin Williams, Editor of the Amish Cook column:

It is with great sadness and shock that I tell readers that Gloria’s husband, Daniel, died in a logging accident on Monday, April 4. At the time this column is being sent out, I have little additional information to share. I’ll have more information next week.

I know readers will want to help, will want to know more, but, for this week, Gloria’s request is prayers, plenty of them.

Followers of the Amish Cook column will know how much love Gloria had and regularly expressed for her husband. It sounded like she was very much still in love with him even after years of marriage. Gloria even begins her latest column, no doubt written prior to the accident, referencing “the notable day I married my best friend”. 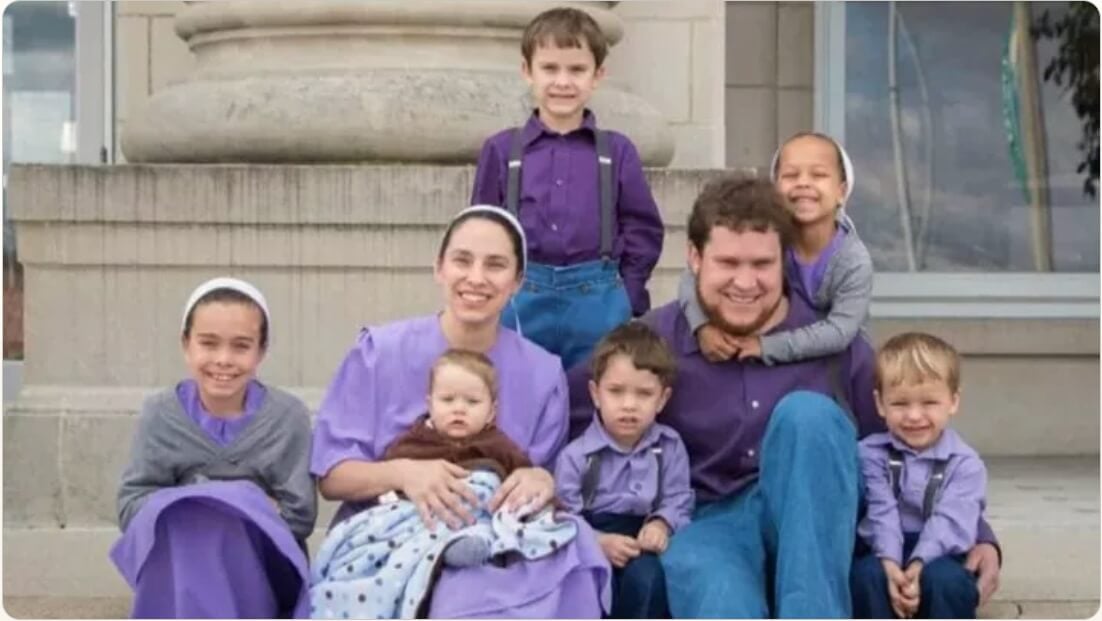 He was born August 28, 1988, in Danville, Ohio, the son of Ephraim and Lydia (Hostetler) Yoder. He grew up in Ohio before moving to rural Flat Rock to marry Gloria Raber, and they were united in Holy Matrimony on March 19, 2010.

Their 12 years of marriage were marked by a loving devotion that led to the welcoming of their six treasured children: Julia Rose (10), Austin Daniel (7), Hosanna Rayne (5), Jesse Jordan (4), Elijah Courage (4), and Joshua David (1).

In addition to his parents, wife, and children, Daniel is also survived by his siblings and their spouses, Tobias and Fannie Yoder, John and Virginia Yoder, Mary Yoder, Samuel and Janice Yoder, David Yoder, and Joseph Yoder; by his parents-in-law, David and Dorcas Raber; by his siblings-in-law and their spouses, Javin and Regina Raber, Micah and Rose Raber, Jeriah and Esther Raber, Mary Grace and Jason Yoder, Anna Faith and Lucas Byler, and Keturah Joy Raber; by 21 nieces and nephews; as well as his close friend, Owen Mast.

He was preceded in death by his sisters-in-law, Charity Ruth and Rebekah Hope (both in infancy); and his nephew, Israel David.

Just before he passed into the loving arms of his Heavenly Father, he gave a devotional based on Jeremiah 17:7-8: “Blessed is the man that trusteth in the Lord, and whose hope the Lord is. For he shall be as a tree planted by the waters, and that spreadeth out her roots by the river, and shall not see when heat cometh, but her leaf shall be green; and shall not be careful in the year of drought, neither shall cease from yielding fruit.”

Did not the life of Daniel Yoder personify this verse? After all, everything he did, he did unto the Lord. This devotion spilled out in song as he routinely sang hymns with his family and his church. It was also apparent in the always-positive, joy-filled way he served others like his Savior before him. We are comforted with the confidence that Daniel was met with the words, ‘Well done, good and faithful servant!’

Times of visitation were held Wednesday, April 6 at the home of Nathan Zehr (3263 N 1050th St, Flat Rock, IL 62427), where a funeral service will be held at 9 a.m. on Thursday, April 7 with Josie Miller officiating. Burial will follow in the Amish Cemetery, Flat Rock, Ill.

It is requested that any memorial donations be made to his wife, Gloria, to help offset impending medical bills. Donations may be made by following the link: https://gofund.me/d09cb6aa.

The GoFundMe link gives further details on what happened and includes a photo of the family, which I have included above. What a happy moment captured there. Gloria and the children will need a lot of strength, prayers and support in the time to come.

Update: Kevin Williams shares another family photo and notes that you can add condolences in the comments section of that post, which he’ll pass on to Gloria.