An 11-year-old Amish boy was shot and killed Wednesday afternoon by his sibling in the Adams County, Indiana community.

Details are vague at this time, but sources are describing it as “accidental“, and I’d assume that to be the case. 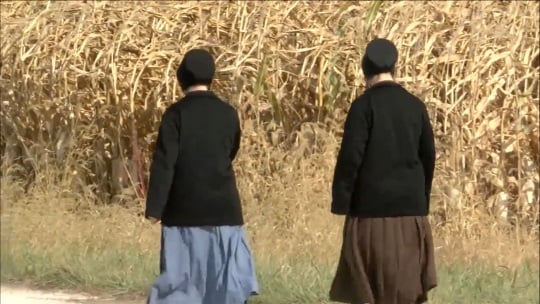 This is just one of numerous shootings involving Amish children and youth over the past decade, many of them having tragic endings.

I don’t know exactly how many there have been.

But I was able to find quite a few incidents online with a bit of simple searching:

These incidents are mostly cases of the victim’s often minor-age siblings handling guns, in some cases clearly carelessly.

I describe these as “child shootings” in the post title – my meaning it that a child was involved in all cases, usually both as shooter and victim.

All of the victims here, except the 21-year-old in Indiana County, PA, were minors. And in nearly every case, the shooters were minors.

Guns are important to the Amish both for practical purposes, and for recreation.

Amish homes often have guns, particularly farm homes (shotguns, for example, may be used to kill pests; one of the above victims was killed as his brother was firing at moles). Additionally, many Amish are avid hunters.

The gun involved in the death of the boy in Adams County is described as a “long gun”, not a handgun.

Rifles and shotguns will be much more common among the Amish. I have not heard of many, or really any, Amish owning handguns.

Are these shootings above the “norm” as far as accidental shootings for comparable non-Amish populations?

I do not have the data and do not know the answer to that. However, this list does raise some questions. Such as:

I once wrote a blog post entitled “Is Amish Life More Dangerous?”

I would conclude that it is physically more dangerous for children than a comparable non-Amish suburban life (that leaves beside the question of which lifestyle is more spiritually or morally “dangerous”).

Farm dangers, horses, buggy travel, other forms of transport such as walking on the roadside, the sheer number of young children who need to be watched, and other dangers common to rural life all contribute to this.

The question would be if some of those dangers couldn’t be eliminated – for instance, with greater emphasis on gun safety in some Amish homes and communities?