Amish residents near Berlin, Ohio have been complaining about the odors emanating from a local rendering plant for some time.

They’ve now been given an outlet to do so formally – and have taken advantage of it.

An “odor hotline” has received around 450 complaint calls since being set up in July.

The complaints are going against a local business called Holmes By Products, which converts food processing waste into animal feed.

Now the Ohio EPA is investigating.

I have experienced the smell of this place (locally known as “the stink plant”), and it is absolutely awful. Stomach-turning – I don’t know how people live in that area. I suppose you…get used to it? 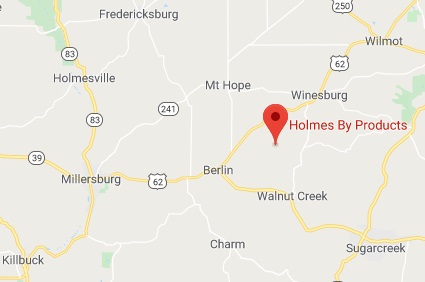 I’ll admit I have a more sensitive nose than most. Regardless, I have heard complaints from Amish who live in the general vicinity of this place.

A report in the New Philadelphia Times-Reporter further details the foul effects of the plant’s stench, via a local Amish taxi driver:

Larry Wilgus, a Berlin resident, said the Amish community is tired of the foul odor. He serves as a driver for Amish residents.

“So I hear the pleas for help every day of the week to get this ‘stink’ under control,” Wilgus said. “It becomes a real hardship when Amish get sick, throw up, take medication, lose sleep, and Amish women have to re-wash their laundry when the pungent odor settles in their clean clothes and in their homes during the summer months.”

I’m sure it doesn’t help property values either. I imagine that if the smells were more noticeable in the tourist center town of Berlin, action may have been taken more quickly on this.

Wilgus says that the EPA has been “wimpy and evasive.” He explains that there are 40 Amish informants who report the foul odor.

Rendering plant use technologies such as “scrubbers” and thermal oxidizers to control odor. Still, as you might imagine, these odors can be tough to extinguish. 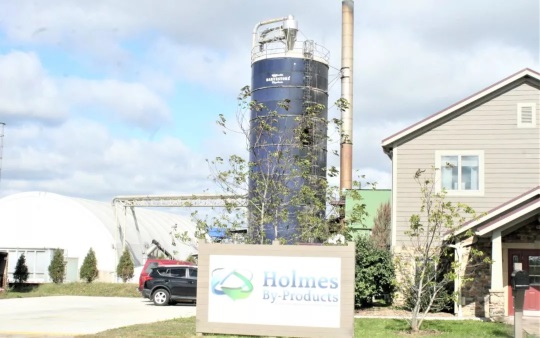 A rendering plant has to go somewhere. They perform a valuable service in the animal processing industry. This one has been around since 1958, when the county had about half its present population.

Maybe there is a more isolated area that would be more suitable for a plant like this. Or maybe boosting whatever odor-fighting technology they are using would be a solution.

Of course, smell is going to be an issue in rural areas. Amish people know this better than most.

Animals live in the countryside. Fertilizers and other agricultural products don’t smell so nice. The air is not going to be perpetually scented with rose petals.

Still, there are rural smells that are more bearable than others. Cows on dairy farms create an odor, but one that is not nearly as offensive (some dairy dwellers might even consider it mildly pleasant).

I’d consider air to be a common good. A business or private individual ought to bear some responsibility for the harm which soiling the air causes to neighbors.

I would put rendering plants up there with two other sources – poultry farms…and Decatur, Illinois (home to agrocorporation ADM, whose processing plant creates an absolutely awful stench) as the most foul-smelling places I’ve ever encountered.

So the local residents have my sympathy and support, for whatever that is worth.

If found in violation of some sort of norms, would the plant need to improve its operations? More powerful scrubbers and oxidizers? Would it be in danger of being shut down?

Update: I probably should have included in this post a comment in the original article from a Holmes County commissioner: “Commissioner Joe Miller said many of the complaints to the hotline are coming from the same individual.”

I was also emailed yesterday by someone I know in Holmes County who told me something similar: “this is one man that’s complaining”.

This might seem to contradict the idea that there are 40 Amish informants actively calling in complaints.

On the other hand, if it’s just a single individual, we can do a bit of math: we know the complaint hotline was set up in July, but we don’t know the exact date. So let’s make it July 1, the earliest possible date in July. That would make 112 days from July 1 to October 21, the date this article was published.

If he were responsible for all of the calls, that would mean roughly one person calling the same hotline about 4 times per day (450 calls/112 days= 4.017).

I’d assume he is not calling on Sundays, so that would make that average even higher.

Is a single person calling 4 times a day since July?

Maybe he is responsible for “many” of the calls, but “many” could mean, say, 50 or 100 calls. Or let’s even say he’s made a majority of the calls, over 225. Any of those figures could qualify as “many” and could mean he has made far more than the other callers on average. But, there would still be a significant number of other callers.

In any case, I don’t think it invalidates the idea that local residents in general dislike the odors created by this plant. We’ve got a couple who’ve commented on this post, and I have also linked to a couple of others within the post. Without further concrete details, how many are actually calling, and how many calls the referenced “heavy-calling” individual is actually responsible for, is open to speculation.