I visited this store in the Hillsboro, Kentucky settlement in December (here’s a previous post related to that trip, and stores I visited). The store in this video is called Miller’s Country Store. When I arrived a bit before closing, the owner, an older Amish gentleman was kind enough to let me film inside the store and answer some questions about it. It’s a bent-n-dent store, aka salvage or discount grocery store. These places sell goods that are imperfect – e.g., past their “best by” date, or with damaged packaging.

There were several things I learned of interest here – such as how such stores get their products (basically, they receive shipments of a variety of “bent-n-dent” graded goods, but don’t know what they’re going to get in each shipment). I also learned more about the fuel this family, and I would assume at least some in the community, uses in its pressure lamps. The store owner calls it mineral spirits, but explains that it is basically paint thinner. We discuss Amish lighting fuels for a bit, including which ones are more explosive. 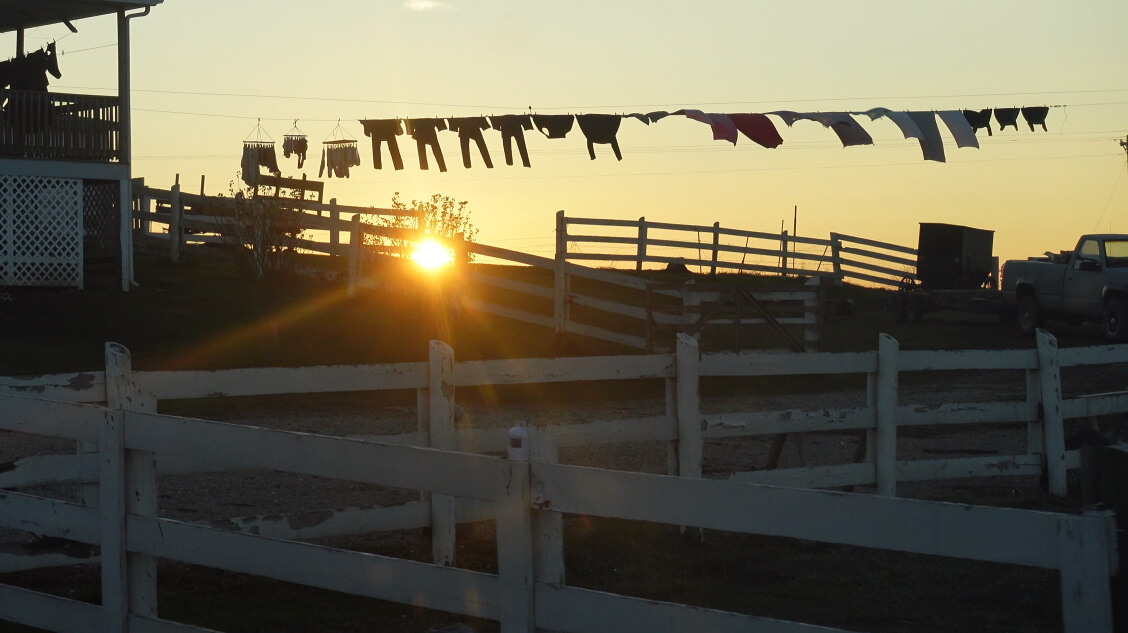 Another bit of interest was the simple device that they use here to disperse stove heat throughout the store. I saw one of these in an Amish store in Colorado prior to recording this video, and then seemed to start noticing them after that. Maybe they’ve become more popular lately, or maybe I didn’t have my eyes open enough in the past. He explains a bit how this neat thingamajig works to keep the back corners of the store warmer than they would be otherwise.

The Hillsboro settlement is related to the Buchanan County, Iowa community. Churches related to that settlement comprise an affiliation which is classed as the fourth-largest one in the book The Amish, and present in the most states (19 at the time). Here’s a post explaining what an Amish affiliation is if you’re not familiar with the term. I visited two stores in this community, and found them both pleasant stops (the other was a variety store). It’s one of many settlements in this Amish-rich region of the Bluegrass State.

So just a small warning – after my first Amish store visit video, I tried to film these later visits at a slower pace, which I generally think I suceeded in doing, at least comparatively. However it still may move a bit quickly in parts for some viewers. I was informed by a commenter after I filmed these about a device called a gimbal which helps with camera stabilization, and I plan to pick up one of those for future recordings. I am not Amish but nonetheless not the fastest adopter of technology. But it sounds like that little device will be worth having.

Final note: two details you’ll notice in the footage I added at the very end are the phone shanty, as well as the driver who has arrived to take Mr. Miller to Wal-Mart (which we also discuss in the video). I hope you like this look inside Miller’s Country Store Bent-n-Dent Groceries.

And if you’d like to visit, here is the current info. As always, schedules sometimes change so if you’re traveling from afar you might want to double-check this, especially if you’re reading this long after the original publication date: