Amish Acres, in the Nappanee, Indiana community, is one of the best-known Amish tourist destinations, so this news surprised me.

The owners are heading for retirement after 50+ years running the business.

Amish Acres will shut down this year on New Year’s Eve. There are currently no set plans for it to be taken over.

The attraction features an historic farm which can be toured, a theater, buggy rides, and food and lodging.

The Nappanee mayor and the Goshen News editorial page were among those offering a response to the news. This excerpt from Mayor Phil Jenkins’ statement reflects the importance of the business to the community:

We wish the Pletcher’s a long and well-deserved retirement. We are committed to working with the family to find a suitable buyer of the property.

If Nappanee is known for one thing, it is resiliency. We have been through tough times before and each time we have rallied to come back stronger. We are confident that will be the case in this situation as well.

The Goshen News‘ editorial emphasizes the business’ original mission and value from an educational and historical perspective:

The closure of Amish Acres at the end of the year will be a somber occasion, as this famous attraction has given visitors from around the world a glimpse of what it was like to be part of a “plain” family in the late 19th and early 20th centuries.

While everyone around here calls the attraction Amish Acres, the official name is Amish Acres Historic Farm & Heritage Resort. The longer title reflects the purpose and scope of the venture created by LaVern and Dick Pletcher 50 years ago. 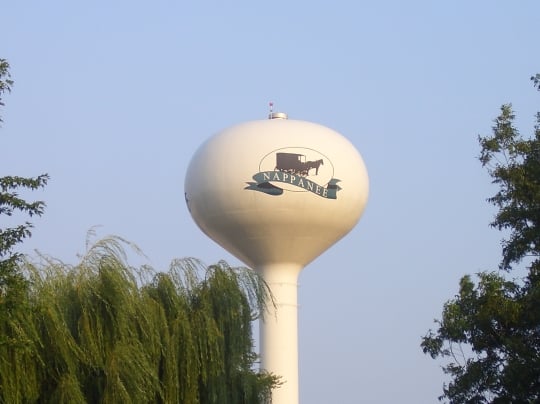 The business’ site claims it to be “The Only Amish Farm Listed in the National Register of Historic Places”, and the family who built the farmhouse are described as “likely the first Amish settlers in Indiana.”

The Goshen News gives the farm’s background, and how it assumed its current role:

THE FARM WAS ONCE known as the Stahly-Nisley-Kuhns farmstead, according to information from Amish Acres. Widow Barbara Stahly and her sons immigrated to southwest Elkhart County from Germany in 1839. One historian says the family were possibly the first Amish settlers in Indiana. By 1873, one of Stahly’s sons, Christian, had purchased 80 acres of land to build a house and barn for his son Moses. The main house on the property was built in 1893. The farm was passed to other family members, and then Pletcher and his father LaVern joined with fellow Nappanee businessmen Gordon McCormick, Ivo “Pete” Heckaman and Freeman Borkholder to form a corporation to bid on the property at auction in 1968. They won the bid, and shortly after Amish Acres opened in 1970, the Pletcher family became the sole owners.

Though I lived nearby for several months and have spent a good amount of time in the Nappanee Amish settlement, I’ve never done the Amish Acres experience (I’ve been in the gift shop there, and around the grounds a bit).

Here’s a photo of the famous Round Barn Theatre I took in 2011, which is the national home of the Plain and Fancy musical). 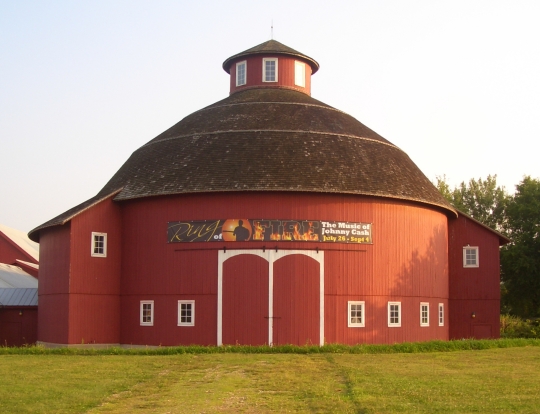 Businesses like Amish Acres are not only important for the local economy, but if they draw visitors who patronize Amish businesses, that is positive for the Amish as well.

I’m not sure, but it’s quite possible the business also employed Amish directly, and likely resold Amish-made products as well.

I would be surprised if someone didn’t take over this business, given its popularity. Indeed, it seems like buyers are already lining up:

Pletcher said he isn’t sure what might come of the place once someone new buys it. Since news of their plans to close at year’s end spread last week, their phones have been “ringing off the hook” from interested buyers. He said some employees had thought about buying it for more than a year but ultimately were unable to obtain the financing.

So don’t expect this landmark to completely disappear, though depending on how long it takes to find a buyer, it might be “off the grid” for awhile.

And whether it continues in more or less its present form when bought, remains to be seen.