Forty life-sized wax Amish figures, once residents of the Lancaster County Wax Museum, have been put up for sale, as reported at philly.com. 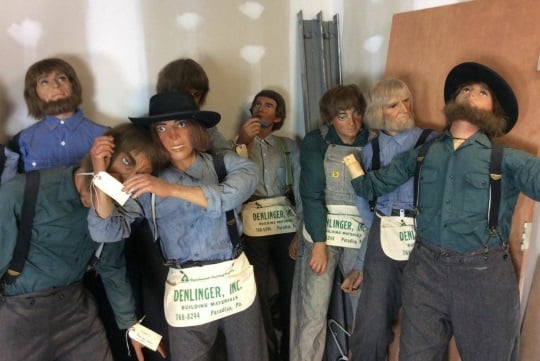 They include adult and child figures, as well as a dog. The general impression is that these are some pretty unsettling effigies:

Dana DiCicco, who’s selling them, said they didn’t seem “creepy at all” when she was a kid in Pennsylvania Dutch country.

Now, she can’t deny it. Even the dog feels off.

“When I went to see them in storage, they definitely looked creepy,” she said. “It looked like a scene from the Gettysburg battlefield.”

DiCicco is putting them up for sale on behalf of her uncle, a longtime manager of the Amish Farm and House, a tourist attraction in Lancaster. The adult figures are going for $350 apiece, the children and dog for $250, and DiCicco said they’d like to sell them as a set.


I’d say they are a little disturbing, but I generally find wax figures, lifelike dolls, etc. disturbing. What do you think? Here’s a closer view: 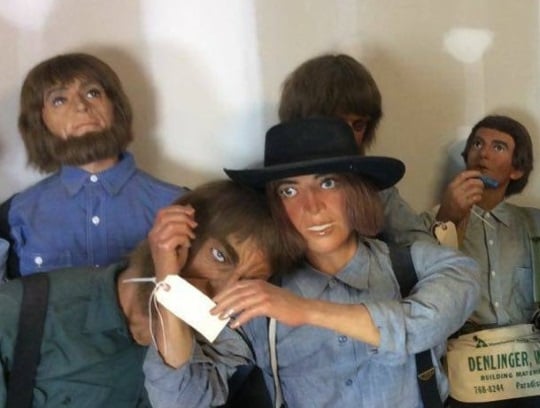 And some of the female and child figures. Even creepier? 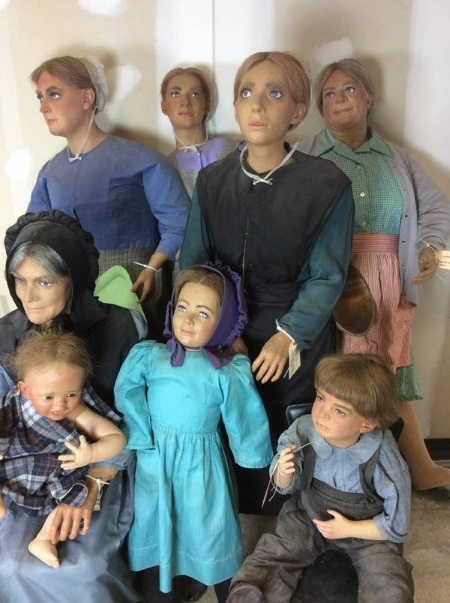 These guys look like they could use a trim: 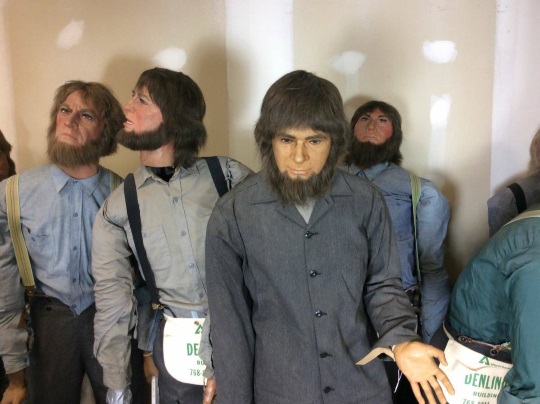 The Lancaster County Wax Museum closed in 2006. I had never heard of this place, but I didn’t really start spending a lot of time in the area until 2007. It was once a Route 30 attraction:

The wax figures, each standing 5 feet, 5 inches, once were part of the Lancaster County Wax Museum, which was opened in 1969 by Dutch Wonderland founder Earl Clark adjacent to the amusement park along Route 30. The museum featured dioramas of local history, including the burning of a Susquehanna River bridge to thwart the Confederate Army and also one about pretzel-making. William Penn was there. Ben Franklin, too. The centerpiece of the museum was the Amish barn-raising scene.

Adding to the creepiness, some of the figures are mechanical and can move, and at least one can, or at one time could, “speak”.

The article came out about 2 weeks ago, when I was traveling, so I missed posting about it at the time. No word if they have been sold in the meantime, though the Craigslist listing has been deleted.

I’m not sure I’d want these hanging around my home, but maybe a collector can put these wax Plain People to a new use.