Severe tornadoes struck western Kentucky in December. Amish crews have been coming to help residents of the region rebuild their homes. 14 News reports on Amish help in the area:

After weeks of cleanup and tearing down houses that were too far gone, the rebuilding effort has begun, and groups of Amish people have been coming to the area to help.

Those who have received their help say it’s hard to describe how it feels.

”The easiest way to do is to say it’s been a godsend,” Perkins, whose house is being repaired by an Amish group said.

14 News spoke with a group who didn’t want to appear on camera, and they don’t want any focus to be on them. They say they’re helping because if they were the ones in need, they hope someone would be willing to help in the same way.

Their efforts have already made an impact.

”As much difference as daylight and dark,” Billy Wells, who has been organizing the rebuilding effort in the area said. “Without their help, we wouldn’t be anywhere. It wouldn’t be much different than it was the first day, and I think everybody that’s seen it will agree with that.” 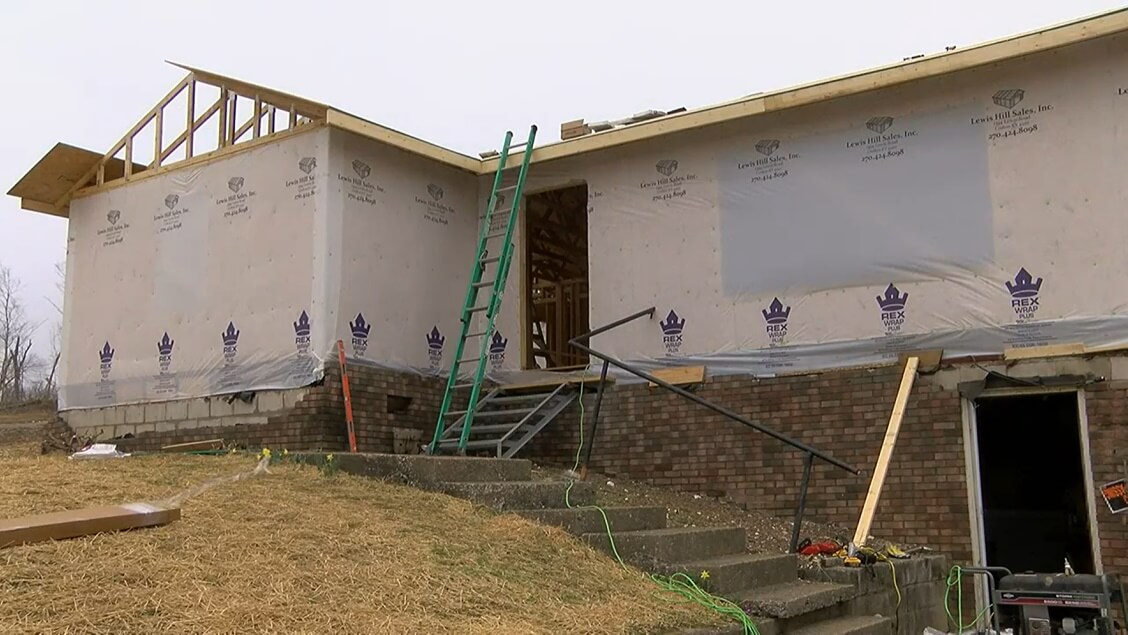 Wells pegged the number of separate Amish groups helping at about 40, ranging in size from 3 people to 30.

”They’ve been a blessing to everybody in this neighborhood,” Perkins said. “They came in, they’ve helped, they just get right to work, and that’s amazing.”

Disaster relief is something the Amish excel at. It’s a form of neighborly outreach that they are well-equipped to do. Bravo to these people. There is a video report as well at the link, but I wasn’t able to embed it. No Amish appear on camera, but the groups they spoke with was from LaGrange County, Indiana (and some from even farther away).