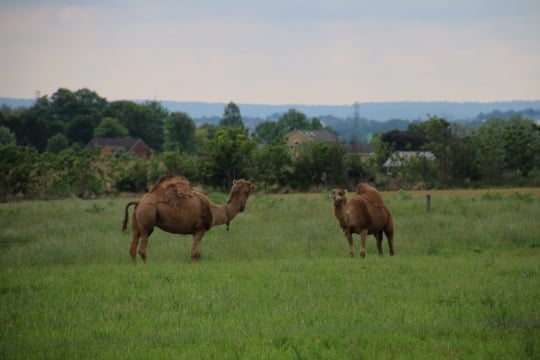 Since at least 2013, one Lancaster County Amish farm has been home to a herd of camels, roaming fields where one might otherwise expect a different sort of four-legged beast.

But what in the world are Arabian dromedaries doing on an Amish farm in Lancaster County? From the original AP report:

Camel’s milk has arrived in Lancaster County, courtesy of Little Bit, Twila and their herd, who can be seen grazing placidly in a pasture on an Amish farm in Upper Leacock Township.

Miller’s Organic Farm ships the milk all over the United States and even into Canada, for $10 a pint. It has about 100 customers who regularly buy camel’s milk.

At the time, there were about a half-dozen working camel dairies in America. I’m guessing that number has only increased by now.


Reader Ed followed up that story with a look at the camels through his own lens in “The Camels of Lancaster County“.

Today Ed returns with an update on the camels…and a glimpse of another unexpected beast.

Camels of Lancaster County: An Update

The camels are apparently doing well; on trips we’ve made last May and earlier this month we noted several calves, and a couple of rather corpulent camel cows: 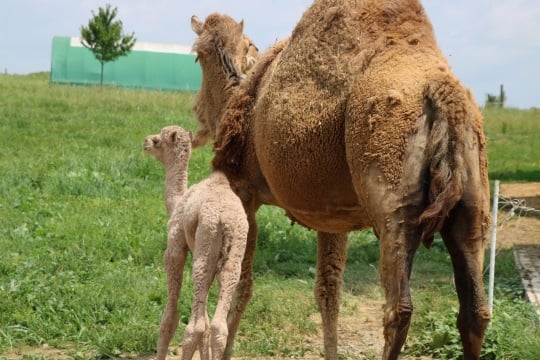 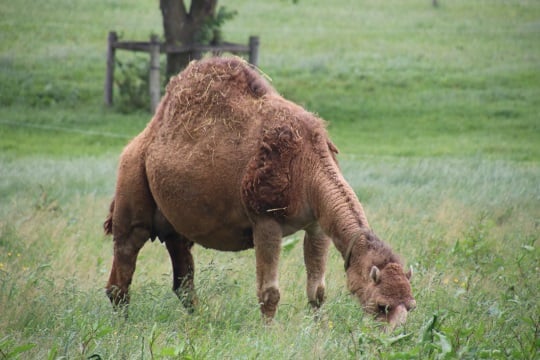 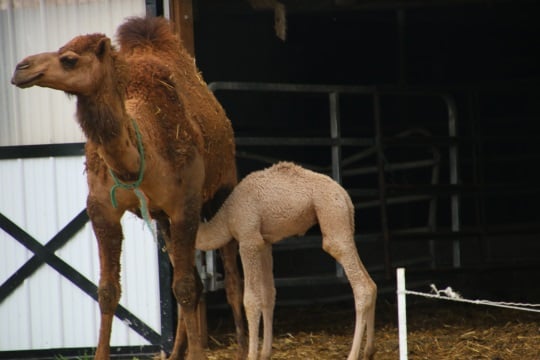 These two win the cute prize: 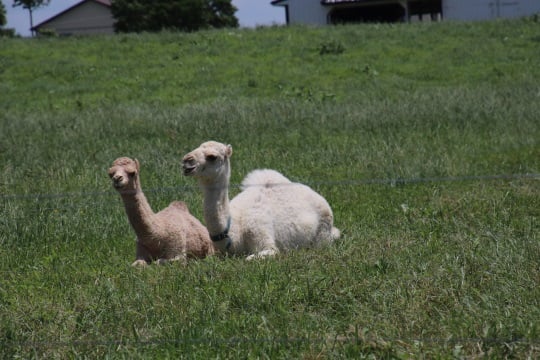 Ed calls this large-and-in-charge humped hero “Big Daddy,” aka, the “Bull on the Hill”: 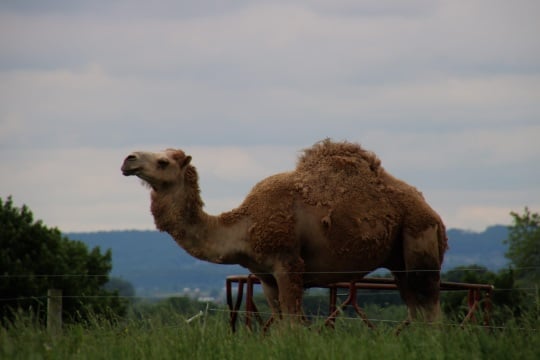 And do the Camelus dromedarius ever cross paths with their four-legged neighbors? Well, they come close enough. Camel, meet cows: 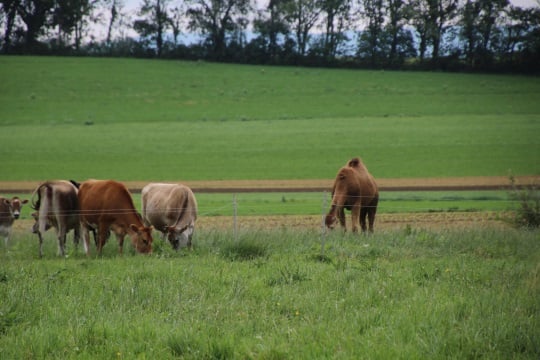 And here they are in the vicinity of a pair of horses: 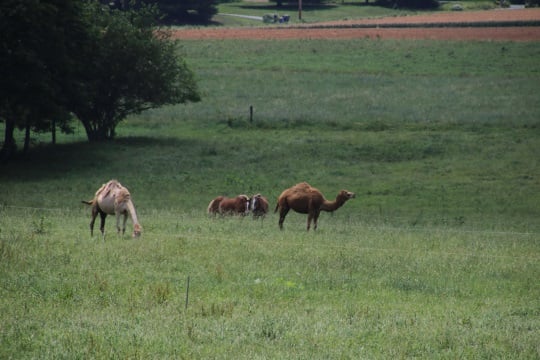 And Some Kind Of Funny Striped Horse

Camels aren’t the only odd beasts to be found in the Lancaster community. Ed shares reports of another:

Last May, we heard from an Amish source that there was a farm on which resided a zebra, although the source claimed not to know exactly where the farm was.

During one of our back road explorations, we stumbled upon a zebra, which we assume is the only one in Lancaster: 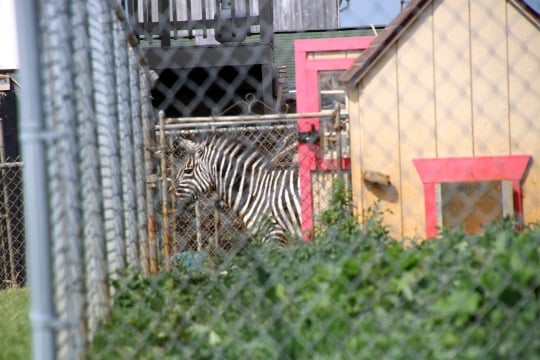 It is on an Amish farm; just what the farmer intends to do with the zebra is the subject of much conjecture. I wonder if it might not be part of a safety pilot program; certainly a zebra pulling a buggy could/would be seen day or night! 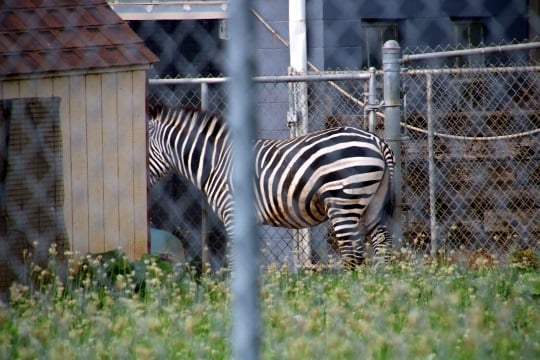 Ed may have a point.