Bank of Bird-in-Hand: First New US Bank in 3 Years

Back in January we shared news of a planned Amish-backed bank in Lancaster County. Financial Times reports that the Bank of Bird-in-Hand has gotten FDIC approval to open. The bank has raised $17 million in capital.

Here’s what caught my eye:

In doing so, the bank will become the first new, or de novo, lender to be created in the US since late 2010, bucking a wider trend that has seen the number of banks in the country shrink from 8,533 at the end of 2007, just before the onset of the financial crisis, to 6,891, according to the data from the FDIC.

Apparently, it’s been more attractive to acquire failed lenders, than it is to open new institutions.  Bank of Bird-in-Hand’s progress will be closely watched “as a potential indicator of a nascent banking recovery in the US.” 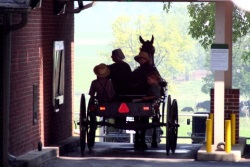 So assuming this bank succeeds, followed by a general US recovery, I can just see the headlines now: “Amish Lender Spearheads US Banking Renaissance”. Ha-ha.

Amish in banking is another one of those eye-catching combinations of two things which seemingly don’t go together.

I don’t see the Amish giving Bank of America a run for their money anytime soon. But providing capital and financial services for their local communities seems like what the Amish would do if they were to get into banking. 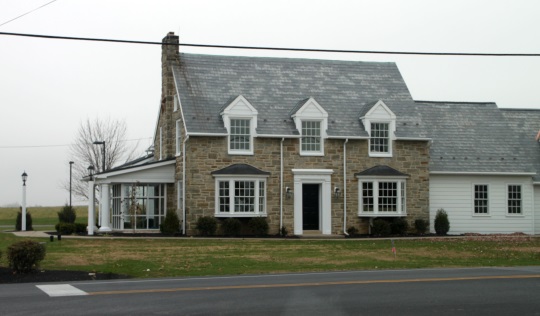 Bank of Bird in Hand 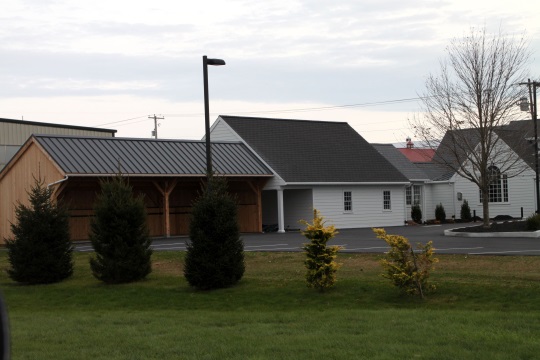 It also makes sense to see this is happening in Lancaster County, one of the wealthiest and most business-oriented Amish communities.

However Amish involvement is more behind-the-scenes here, with the chairman of the bank being Amish along with a number of investors. I wouldn’t expect to see too many Amish tellers and loan officers when you walk into Bank of Bird-in-Hand.

A man walks into a bank…

Like doctors, dentists, and other service providers, banks can be a big part of one’s life (sometimes bigger than one would like).  As with those professionals, we have a choice in where we choose to do our financial business (don’t worry, this isn’t the beginning of a commercial 🙂 ).

I realize banking can be a touchy subject, with some happier with their bank services than others.  I also think with the recent high-profile financial failures, the reputation of the industry has taken a ding (there are a lot more banker jokes out there than I expected…).

My primary “bank” has been a local credit union since I was a teen, which has been a good experience.  However I have had both local and national bank accounts in different places I’ve lived outside my home state of NC.  Mileage has varied.

Which do you prefer using, local banks or national banks (or something else)? What makes one better than the other?