The Amish & The Pitfalls Of Making Money

Jim Cates follows up last week’s post on income and material differences in Amish communities with part 2–on the challenges of making money, including the attraction of marketing schemes, and what happens when business deals go bad.

The full quote actually goes “Money is in some respects life’s fire: it is a very excellent servant, but a terrible master.” No less an expert than P.T. Barnum uttered these words, a man familiar with soaring to the heights of financial success and peering up from the ashes of financial ruin, each more than once in his legendary life.

One might think the Amish, with their plain lifestyle and resistance to technology, would be inoculated against the mastery of money. Such is not necessarily the case.

I should take a moment and make the obvious comment that speaking here as a guest blogger on Amish business practices is bringing coals to Newcastle (Erik is the author of Success Made Simple: An Inside Look at Why Amish Businesses Thrive, 2010). However, the yen for “more” is a common human struggle, and this piece examines, not the successful entrepreneurship of mainstream business, but the quirks that bring the Amish to that edge in which money teeters between the roles of servant and master.

To borrow from Sir Walter Scott and paraphrase his poetry, “Breathes there man with soul so dead, who never to himself hath said ‘Wow! I can make some money on the side doing that!’” The Amish are no exception. 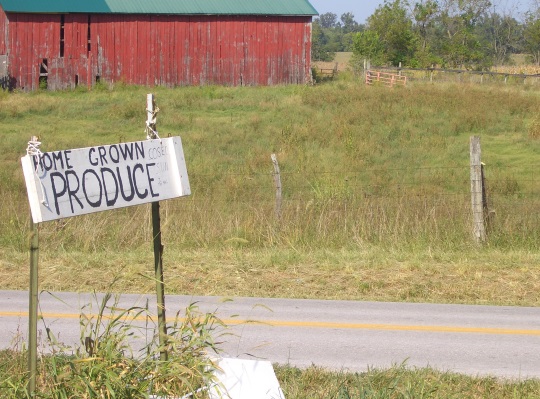 Frequent Amish America visitors are familiar with photos of signs for various businesses and enterprises – “cottage industries” that generate crafts and foodstuffs for the tourist trade and for locals who appreciate the opportunity to buy fresh produce.

Some Amish also entertain parties for dinners in their homes, another means of generating income. Much like Tupperware, Pampered Chef, Avon, and other secondary sources of revenue more familiar to the English crowd, they are largely designed to supplement an existing income, rather than support a family.

The Allure of “Easy” Income

However, again like their English counterparts, the Amish can buy in to marketing ploys that are cleverly disguised pyramid schemes. These usually center on their use of alternative and complementary medicines (A & CMs).

Although the A & CM market has grown exponentially in recent years across all cultural groups, the Amish have a longstanding tradition of utilizing vitamins, herbs, and minerals for primary, as well as secondary health treatments. This makes them a logical marketing target for producers who wish to expand sales, often by encouraging them to develop their entrepreneurial skills.

These efforts can be wholly legitimate. Many companies use a simple model in which the local Amish businessperson acts as a merchant, buys the product at wholesale cost, and sells at retail. However, there are also those who sell the products to the “retailer” at an inflated price, and then encourage the retailer to recruit other “retailers” under them.

As they do so, retailers receive a percentage of the sales from their recruits, creating a pyramid. Profits accrue from this expanding base. For some, this approach is profitable too. However for many it is rapidly disillusioning to realize just how many retailers will need to be recruited below them before they can turn a profit themselves.

The allure of this scheme is readily observable however, particularly for young adults. Construction or factory work can bring a stable, steady, and predictable income. And yet a family that begins increasing in size can place a strain on that income. A husband and wife casting about for ways to supplement their finances are easily drawn to an approach that promises large rewards with minimal financial investment.

At times, seemingly better grounded Amish entrepreneurs can also overextend themselves. In 2011 Monroe Beachy made headlines, dubbed “The Amish Bernie Madoff.” However, much smaller versions of the difficulties Beachy created for Amish investors occurred – and continue to occur – throughout Amish settlements.

They are not reported for several reasons. First, because they often involve much smaller amounts of money, the individuals responsible attempt to reimburse their investors, correcting the situation themselves once it has been exposed.

Second, in at least some situations the church takes responsibility for reimbursing defrauded investors, while the entrepreneur is responsible for reimbursing the church. And third, there are times when the issue is simply not reported or addressed, as investors shoulder their losses rather than create a scandal. 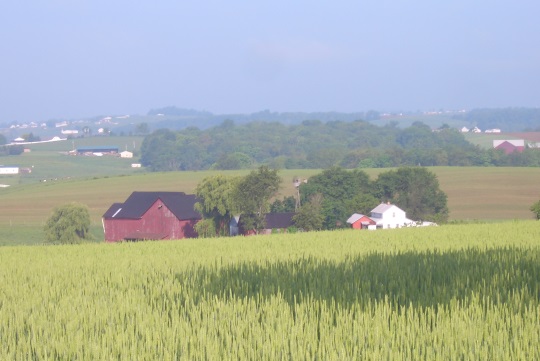 Are these entrepreneurs villains, preying on the financially vulnerable? In many cases, the answer is no. There is a naiveté fostered among the Amish. They believe that while the world is a risky and even dangerous place, there is an inherent safety within their own communities.

And in fairness, the potential for being conned, manipulated, or even swindled in a business deal is much, much higher in an Amish-English business transaction than in an Amish-Amish transaction.

However, that does not mean that within-Amish transactions are free from the risk of manipulation, deceit, or erroneous decisions, and it is there that trust becomes excessive; a trust all too often clouded by the potential for easy income.

The Amish have faith in God to order and manage all affairs in heaven and earth. And yet the areas of health and finances may be two of the most difficult in which to follow the ultimate will of the Maker.

Financial independence serves several purposes for an Amish family. It demonstrates the determination of the husband/father to assure that his family receives adequate care. It assures a continued separation from the world and any social programs that offer support in times of need. And it demonstrates the blessings of God.

For so many reasons, the Amish feel impelled to maintain their financial status if at all possible. Unfortunately, as is true for all of us, the role of money, as servant or master, can easily be blurred by its allure.

Jim Cates is author of Serving the Amish: A Cultural Guide for Professionals. He can be contacted through this blog or his website at servingtheamish.net.