This photo by Brad Wieland captures what appears to be a rollerblade race between school-age Amish boys. By the clothing and the presence of rollerblades (aka inline skates), we can be pretty sure that this is Lancaster County (no location was provided with the photo). 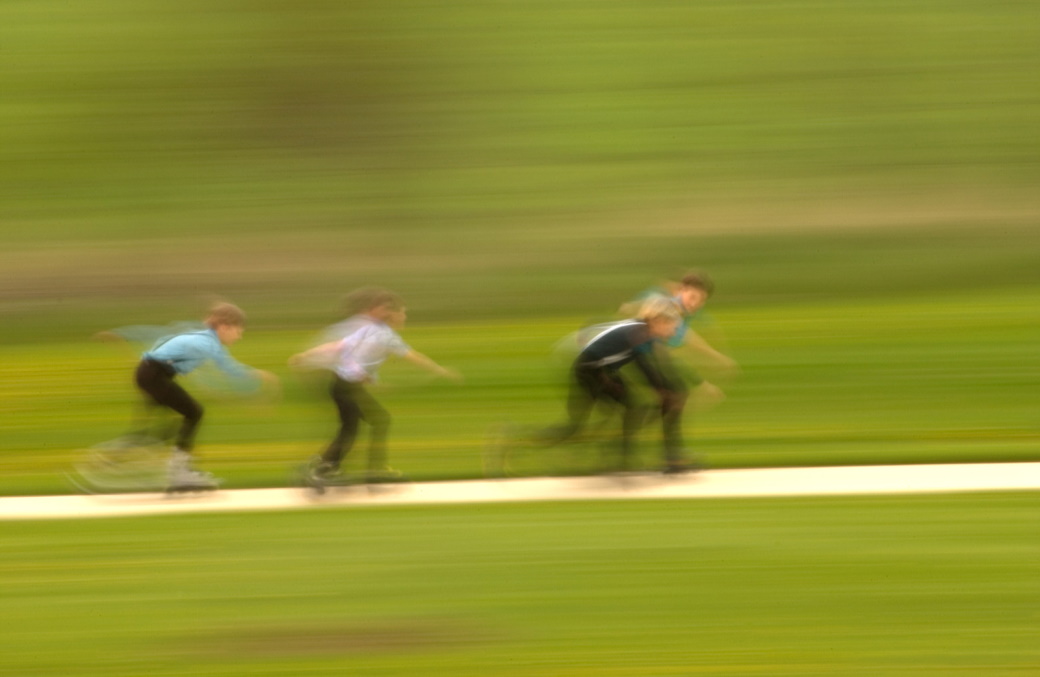 The photo is very blurred, but we can make some things out.

The boy in the lead appears to look sideways at his immediate competitor. Is he checking his position, maybe sharing a friendly taunt? 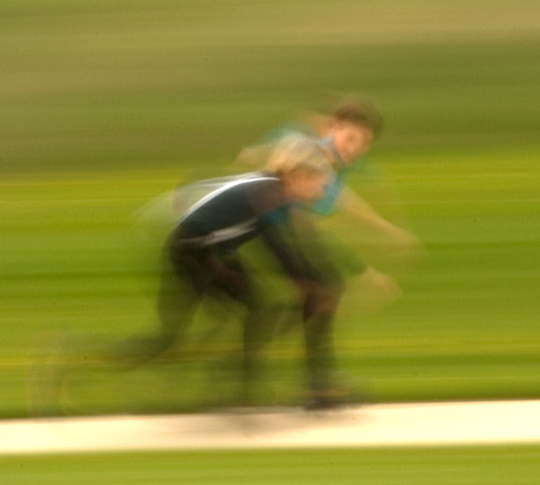 The boys are racing on a whitish strip between two grassy areas. This might simply be a farm lane with asphalt reflecting the sun or just a photo effect.

The blur gives the impression of great speed, but that might also be amplified by the exposure used, or additional motion. Was the photo taken from a passing car window? 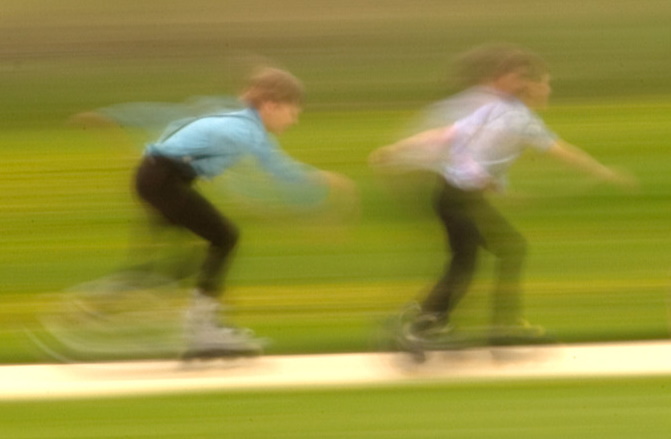 In any case it’s a neat little photo and a reminder of the popularity of rollerblades, particularly in this community.

Rollerblading has a pretty long history with Amish in Lancaster County, for that matter. This is from a 1996 New York Times article:

INTERCOURSE, Pa. — Andrew Herschberger’s girlfriend lives in Delta, almost 25 miles across the gentle hills of the Susquehanna Valley. But as a member of the Amish community, he may not drive a car, ride a motorcycle or even hop on a bicycle to go there.

“It’s faster than a horse, and it’s fun,” said Herschberger, 20, who skates the 25 miles in two hours, almost twice as fast as an Amish buggy. “You just feel free.”

Herschberger has abundant company on the roads of southeastern Pennsylvania. In the last few years, hundreds of Amish, most of them young, have taken up in-line skating to run errands, play hockey or just zigzag for pleasure.

Among the 150,000 or so Old Order Amish, who live in 230 settlements in 22 states and Canada, in-line skating is justified as an efficient, sensible means of locomotion, another example of how the modern can square with the traditional.

In other large settlements like northern Indiana and Holmes County, I suspect rollerblades aren’t as popular due to many of the roads being gravel. In heavily-paved Lancaster County, this is one of the faster alternatives to walking and so you’ll often see young rollerbladers on the roads skating to and from school or between farms. The trend documented 25 years ago continues strong today in Lancaster County.

Leave a reply to Slice of Amish Life: Speedy Rollers