Ride Along To The Grocery Store With An Amish Farmer (Video)

How would you feel about taking your life in your hands just to pick up some boxes of cereal?

This one-minute video, shot from the cockpit of an Amish buggy, really brings home the experience of those Amish people who must regularly travel on busy highways – just to get basic errands done.

Much of this was taken on Route 30 in Lancaster County, aka the “Lincoln Highway”. 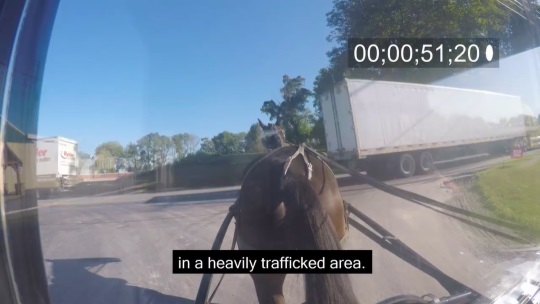 If you’ve ever driven through this main artery of the county, you’ll know it has narrow lanes, a lot of traffic, and challenging – even for a motor vehicle – side road turn-outs.

The 33-year-old farmer, identified here only by his last name Stoltzfus, faces a 6-mile trip, one way, to a local discount grocery store.

Unfortunately, the video by Lancaster Online is not embeddable, but you can view it here. 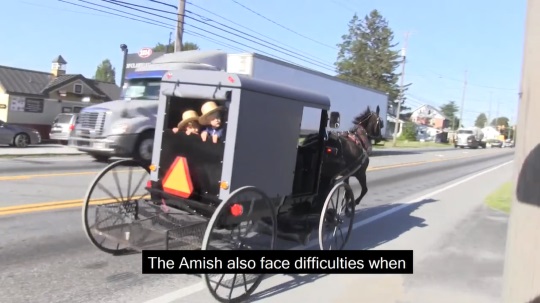 Watch as semi trucks fly by and the horse hugs the side of the road trying to take up as little space as possible.

It also comes with an article describing the journey, with comments from Mr. Stoltzfus. Two of his boys, ages 5 and almost 3, ride along for the trip.

Stoltzfus waited at the T-intersection longer than he expected. One hand held the reins. The other cradled his bearded jaw as he looked this way and that.

He was on a crest that shrunk the view of vehicles coming from both directions. To turn, he would have to spur Sparky into a trot up a slight rise.

“Obviously, he’s just setting there thinking, Why in the world don’t we go?” Stoltzfus said.

Stoltzfus is amused when he’s in a car stopped at that intersection and the driver becomes impatient. 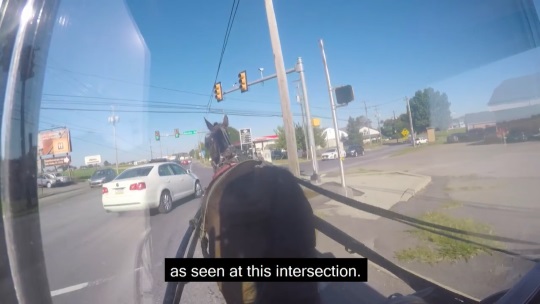 An example of some of the driver behavior Stoltzfus encounters:

At one intersection, Stoltzfus had a fright. Sparky, trotting along the berm, had a green light and started to cross Ronks Road. Suddenly, a car heading in the same direction flew past on the left and abruptly turned right, directly in the horse’s path. The car sped north on Ronks Road.

It happened so fast Stoltzfus could only flinch. Sparky never broke stride.

Watch the video and read the article, and tell me running this little errand doesn’t sound downright stressful. 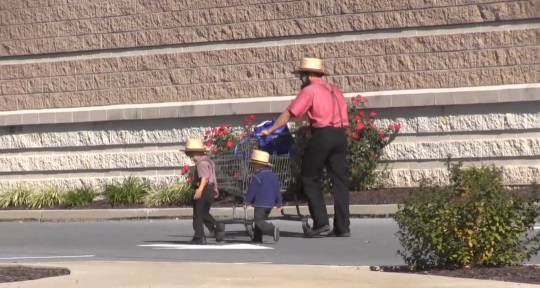 They do make it there and back in one piece, picking up a little over $100 worth of groceries. That includes eight boxes of cereal and some fruits you won’t find on an farms in the county, like mangoes and bananas.

Despite the hazards of his chosen mode of transport, Stoltzfus doesn’t want any special treatment:

“I realize I’m on the road at a much higher risk that you are,” Stoltzfus said of motorists, “but I don’t expect any favors. We go by the same rules that you guys do.”

And in turn, he brings up one of my own personal pet peeves while on the road – when other drivers think they are doing you a favor by violating norms of driving:

He hates, for example, when a motorist with the right of way slows and motions for him to proceed from a stop sign. Other drivers might not see what’s happening. A crash could result.

I’ve noticed drivers do this for me sometimes, like when I’m trying to make a left turn out of my hometown neighborhood.

A video like this really brings home the hazards of trying to travel these busy highways in a flimsy, one-horsepower vehicle.

Kudos to Lancaster Online for producing content like this. They ought to show it at the local DMV here and in other Amish areas.

As Stoltzfus puts it, referring to near-miss experiences on the highway: “Obviously, if you keep on thinking about that, you’d stay in bed.”