Disturbing story from Northwest Pennsylvania. Based on the description of where it happened, I would guess this is the Spartansburg community in Crawford County. This report is from the Meadville Tribune:

A dark charcoal gray four-door truck with two men was following an Amish horse and buggy driven by a 15-year-old girl in the area of Whitney and Fish Flats road.

The truck attempted to pull in front of the horse and buggy, and then the truck backed into a driveway, according to police.

The passenger in the truck then pointed a black pistol at the girl as the buggy passed the driveway, police said.

That passenger is described as a white or Hispanic man with long dark hair and full beard, police noted.

The truck’s driver is described as a white or Hispanic man who was completely bald and had no facial hair, according to police.

Anyone who may have seen the truck in the area or witnessed the incident is asked to contact state police at Corry at (814) 663-2043.

So this report just came out yesterday, though the incident happened last week. If you’re in the area, something to be aware of. “Dark charcoal gray four-door truck” is not the most descriptive in an area with a lot of pickup trucks, but it is something. Hopefully if these people are local to the area, they will be found sooner or later. 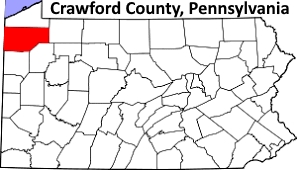 As to the act itself, there are some who get their kicks from terrorizing a member of society who they can be sure will not retaliate. Or perhaps simply harbor a hatred of Amish people – and used the opportunity of a teenage Amish girl alone to express their foul feelings. It appears they didn’t fire the weapon, but I’m sure they frightened the poor girl. Let’s hope they are swiftly caught with the help of the public.