A Visit With “Amish Woman”

Meet “Amish Woman“. She’s a mom of 12 and a recent settler in a young Missouri community. A reporter with a local paper spoke with her and managed to learn a good bit about her life and church. She actually shares a lot more detail than I’d expect from this sort of “our new neighbors the Amish” report. 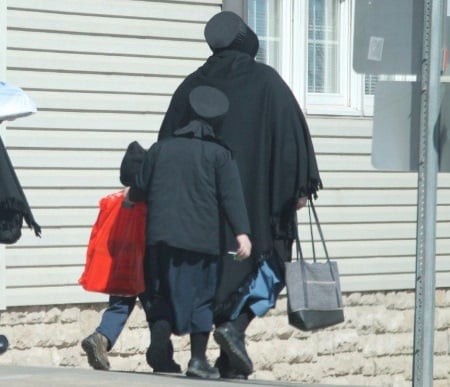 Not the actual “Amish Woman”

Amish people began moving to the Edwards, Missouri area in 2018, from a settlement in Pennsylvania. It’s not said which community it is. But based on one detail (“came from a settlement in Pennsylvania that was established in 1967”), I initially thought it might be the Brush Valley community in Centre County (Centre County is home to multiple Amish settlements, and also Goot Essa cheese).

But a second detail suggests it might be the other settlement started that year, the much smaller Bradford County community (“Most of the people who had been in that settlement for a long time had originally belonged to a settlement in Ohio that had been around for a hundred years or more”).

But moving on. The Edwards group started with six families, and since then have grown to 13. Judy Kramer of the Benton County Enterprise managed to have a long visit with a member of one of those families:

One very hospitable Amish wife and mother of 12 from the settlement agreed to talk about her family’s life and some of the cultural differences between Amish and “English.” She deferred to Amish custom, and asked that photos not be taken, and that her name not be used in this article. 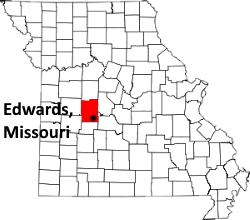 Kramer respects her wishes and she is simply “Amish Woman” throughout this piece, as in “Amish Woman invited this reporter and an “English” woman, who was a friend to both, into her living room where a short history of some of the furniture was discussed.”

We learn some interesting things in the report. First, the newcomers received a warm welcome:

“I was also surprised by the kindness of people who welcomed us to this community, and waved when they saw us. We even received welcoming gift bags from “English” ladies near our settlement.”

I have often heard of local English being excited to welcome their new Amish neighbors, but that’s the first time I’ve heard of them getting gift bags.

It’s not much of a surprise that there has already been at least one accident, with a tough outcome for an Amishman – and a baby:

There was one accident where a motorcycle frightened a horse, causing it to leave the road, resulting in the demolition of the buggy, breaking of a young baby’s leg and injury of an Amish man.

It’s not often that you hear of babies sustaining injuries like broken bones, especially if they’re not walking yet. On the bright side it could have been much worse. It doesn’t surprise me in the least that a likely obnoxiously loud motorcycle engine is the culprit here. 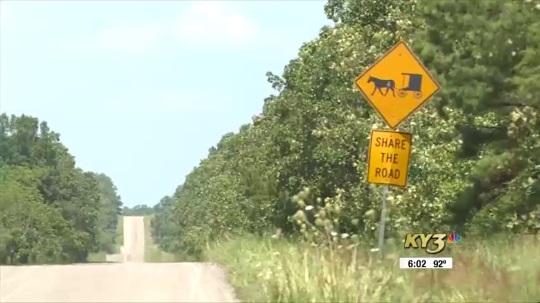 There’s a nice description from inside Amish Woman’s home. We’ve been looking at a lot of Amish home interiors here on the site lately; here is one which you’ll just have to visualize with your mind’s eye:

She had a small bench made for young children that her husband’s grandfather had built. Her couch was an ornate wooden pew-like structure with padding and an attractive throw on the back. There were hardwood floors and several rocking chairs arranged around the room. Two grandfather clocks and a thermometer, as well as a calendar, decorated the walls. A small Rayo lantern sat on a table that Amish Woman said she used in the morning, and two pressure gas lantern, used later in the day, were on the mantel and in a corner. She had a treadle sewing machine hidden by a hanging plant and numerous indoor potted plants set on a table by the window. One of the Amish Woman’s daughters could be heard washing dishes in the kitchen, and another was seen in an outbuilding using the washing machine that was hooked up to a Honda motor.

They go on to discuss standard Amish church practice like services on alternating Sundays and the after-church fellowship meal. This is a detail worth mentioning:

Amish Woman said that the Amish family that is farthest away from the majority of people in the settlement lives across Hwy 65 near Fristoe. It takes her family about one and a half hours in their buggy to get there.

That’s a reality for some households, especially in these small communities. You might buy a place which happens to be rather far off, as buggying goes, from the rest of the settlement. That means long trips to and from church every other week, unless of course you happen to be hosting. That situation will continue until others move in or build homes closer to you. In a settlement of this size, you’d expect that each household would host church twice a year, all things being equal. 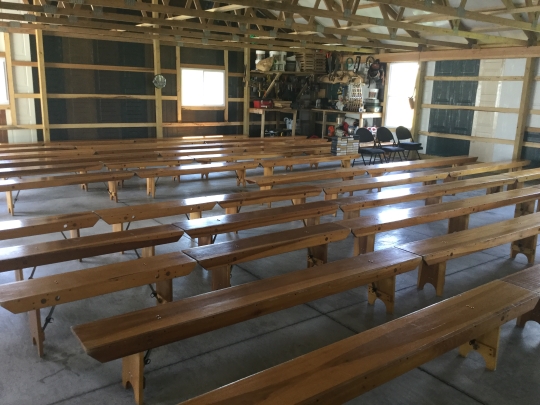 They only wear their long hair around their families. They don’t usually cut their hair, unless it is very thick and unmanageable. When a young man marries, he starts growing a beard. That is a good way for a young woman to know who is single and who is married. Amish Woman said that during this COVID-19 time, the masks are difficult to wear for men with beards.

There are a number of businesses running in the community. If you’d like to get some construction help from one of the Amish carpenters, you get in touch with them using one of two old-fashioned methods:

The main business for the Amish is building houses. Two families also raise and sell produce, and cattle are raised to be sold in the fall. There is also one blacksmith who takes care of horses. The women often sell eggs and baked products. There are some Amish men who are available for carpentry or other related jobs in the local area. They can be reached by visiting one of the Amish houses, or by putting a note with phone number in one of the mailboxes at the junction of Hwy M and Rockingbird Lane in Edwards.

Amish Woman herself had a dry goods store back in PA, where she sold fabric and sewing implements. She adds an interesting detail about clothes sizing:

She and other Amish women make their own clothes from patterns that have been passed down for many generations. Patterns do not go by size, but by age. So a pattern for a 9-year old boy might or might not fit. 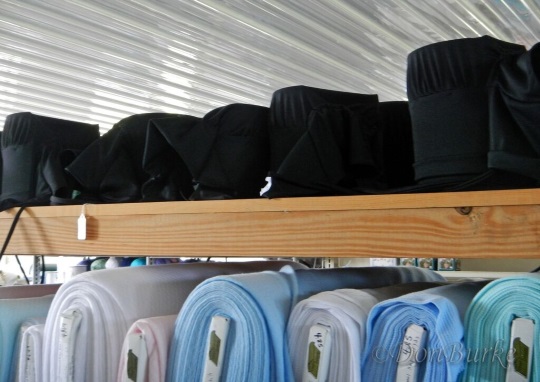 The local Amish are seeking a taxi driver. Might be a nice opportunity for someone in the area:

The Amish have no phones, but are grateful to some “English” who let them borrow a phone when they need it for business calls or emergencies. They also have a few “English” friends who provide taxi services when they need to go somewhere that is not suitable for a buggy ride. Sometimes Amish Woman and some other ladies like to go to Versailles to shop for Christmas gifts, and to do other business in Windsor or other nearby towns or cities. They are looking for anyone with a mini-van or large van to provide taxi services for large families, or for large groups of people.

Amish Woman taught school last year, and two new teachers have been hired for this year. Of note about the school desks:

Most of the student desks are single with raised tops, or have a firm top and an opening underneath for supplies. The desks are often gotten from public schools who decide to replace these type of desks with something new. 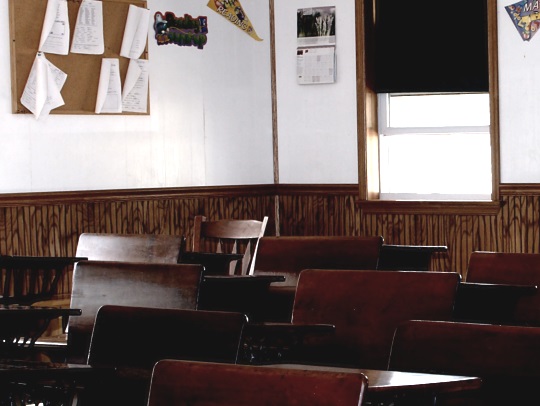 What kind of challenges have they faced in the new community?

Amish Woman said that everyone in the settlement seems glad to be here, but there are some difficulties. For one thing, when they want to travel, (say- back to Pennsylvania) they have to make plans ahead of time because some trains do not take cash and they have to mail in a check to get tickets. For those who have used buses in the past, the route that they took has been cancelled.

Another detail hints at the the reality of missing home in a new place:

“Letter writing was very important to me when we first moved here,” said Amish Woman. “I looked forward especially to getting letters.”

There is more in the article, which is well worth a read. I’m impressed by how much detail the author packed in there. I’ll finish by saying that if they started with six and have gotten up to 13 households in less than two years, then this community is off to a good start. Sounds like they have some good English neighbors in the area too, which never hurts.

Ethridge, Tennessee
1500 Amish in the Heart of the South
Amish in MO
Get updates via: RSS