I had the pleasure to speak with Michaelle Bond of philly.com last week on an article on Amish farmer Elias King.

King is in the news because he was chosen as Chester County, Pennsylvania’s “Farmer of the Year” (Chester County is a part of the Lancaster County Amish settlement).

He is the first Amish farmer selected for the honor since the award came into being in 1989. 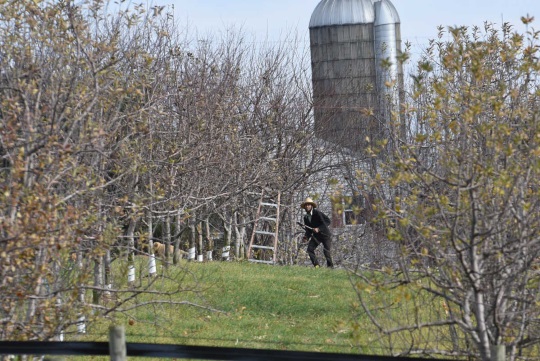 The King family started its pumpkin business in 2003 after growing the gourds for a neighboring farm that no longer needed them. The family decided to keep them to sell, since transporting them miles away would be impractical with a horse and buggy. Pumpkins became a key part of the farm’s identity.

The Kings’ farm offers hayrides, apple cider doughnuts and other fall staples, and a petting zoo, which started with a pet goat in 2003 and has grown to three-quarters of an acre of goats, donkeys, chickens, ducks, and potbellied pigs, available for feeding from May to October. 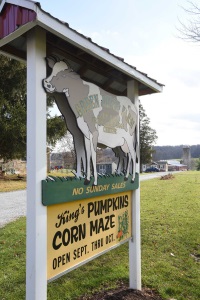 Elias and his wife Rebecca are childless. And so Elias appreciates the visitors to his farm:

Elias King said watching the children play on the Parkesburg farm during the fall gave him deep satisfaction. “It fills that void, because I don’t have children of my own,” said King, 37, who lives with his wife, Rebecca, in a house next to the farm. “To fill that craving, we’re doing what we’re doing.”

Hopefully they’ll have even more such visitors after this article. Read the profile in full and see more photos here.