Signs for Mattie’s Place are one of the first things cluing you in as you approach Burke’s Garden, Virginia.

For about eight years now, this picturesque valley has been the site of one of the more uniquely-located Amish settlements in North America.

“Mattie” is Mattie Schlabach. She runs one of the handful of retail businesses in the valley, a popular general store which I’ll take you inside today. 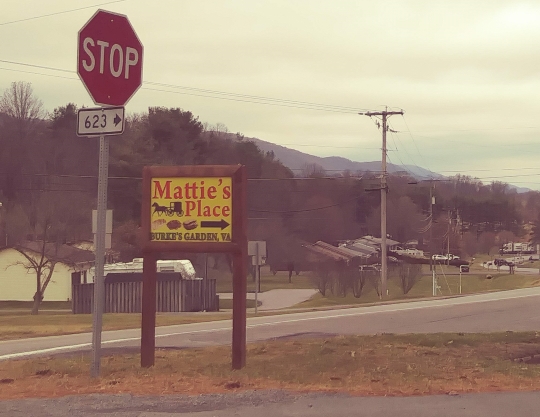 More signs encourage you along the way. This picture is poor but you can see the instructions to turn left at the upcoming bridge. 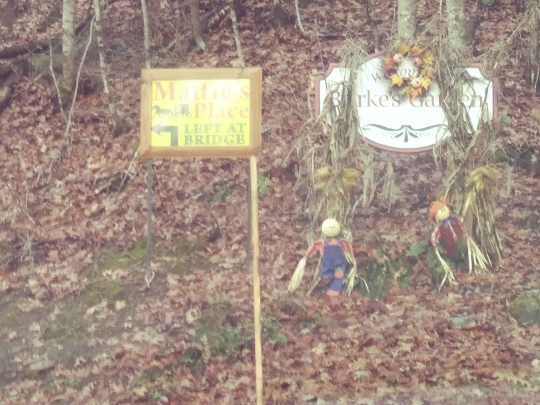 Here’s the same sign taken a few days later on my return visit several days later (a few of these photos are from visit #2). 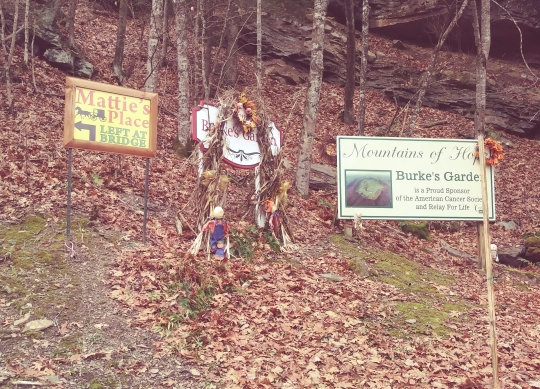 Once you reach the bridge you’ll also notice a historical plaque about the community. 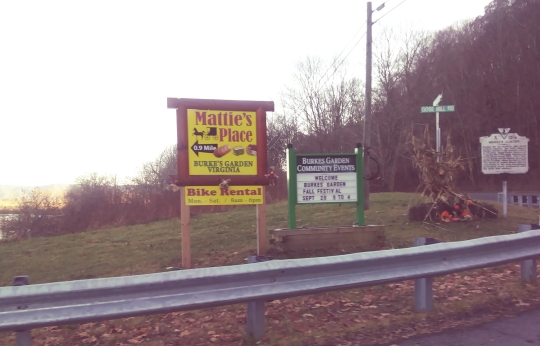 Mattie’s business and home are just a little way down the road from the turnoff, on the right. 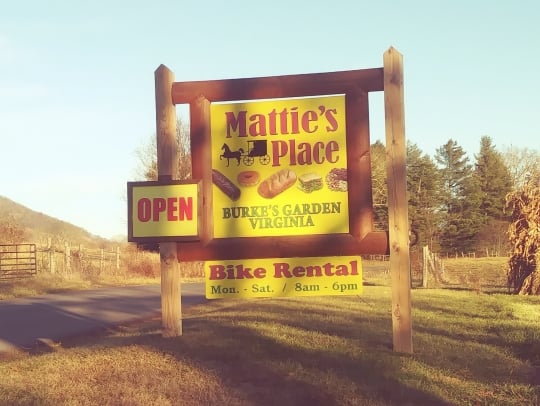 I stopped by Mattie’s Place the week of Thanksgiving, which I mentioned in a brief post on my visit to the valley. There was no one else around as the day was drawing to a close. Mattie was hard at work at something in the kitchen area.

Mattie used to run the General Store on the main road through the valley, which is now managed by another Amish person.

We spoke for about a half an hour, connecting on various topics like Amish settlements I’d been to and mutual people we might know.

Mattie is a friendly person. You can only conclude she is in the right line of work where she’s meeting new people all day long (reader Jerry also met Mattie on his 2015 visit to the valley).

This community has ties to Halifax County, Virginia, and both in turn would be back-and-forth with their 105-year-old origin community at Dover, Delaware.

As evidence of that, here’s the single buggy – with body style characteristic of Amish from Dover – which I spotted on my return visit the morning of Thanksgiving. 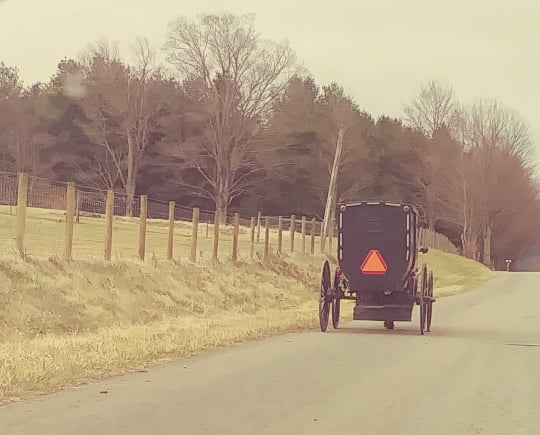 I asked Mattie if I could take some photos of her store to share with you on the site.

Here is the sandwich and food board at the main counter. Mattie says she may soon end up focusing more on the restaurant part of the business. 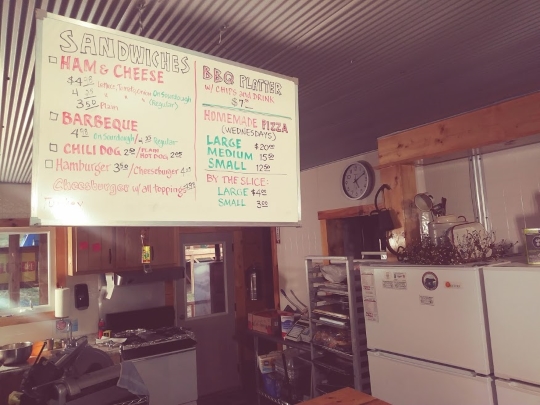 Mattie’s Place has baked items. Looks like most of it must have been sold by this point late in the day. 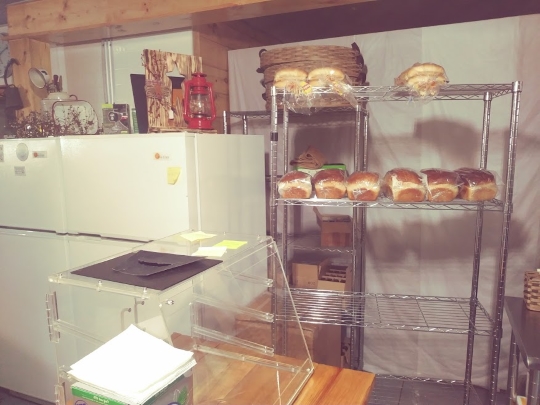 The seating area where you eat your sandwich or barbecue or pizza, with stove and bear skin on the wall. 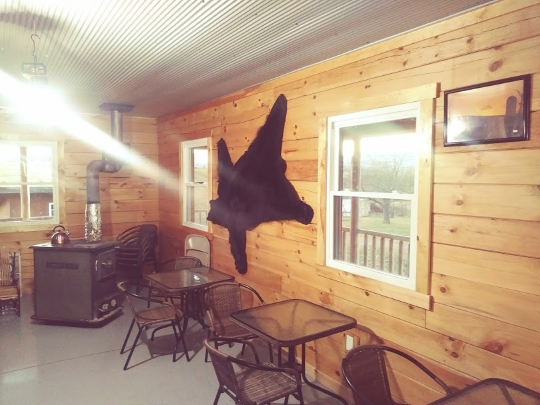 The store has sections with canned goods and other food items you’d expect to find in an Amish food or variety store. 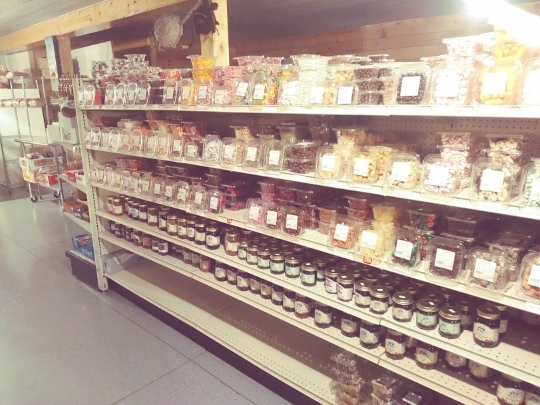 Some bulk foods. The store’s mixture of goods reveals its clientele – some typical items which appeal to Amish buyers, some geared more to tourists. 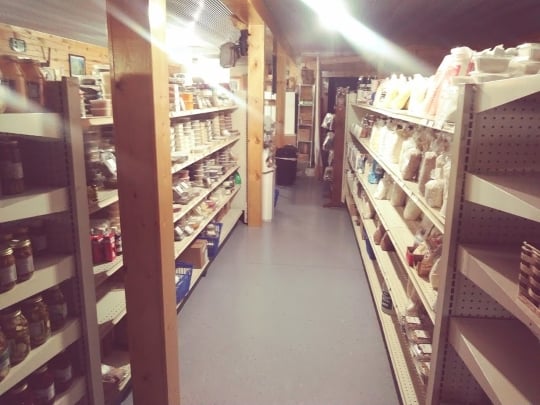 It’s a good bit smaller by comparison to King’s Kountry Store in Halifax County, for example. 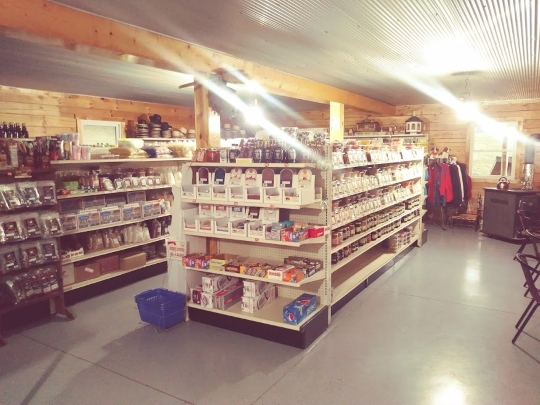 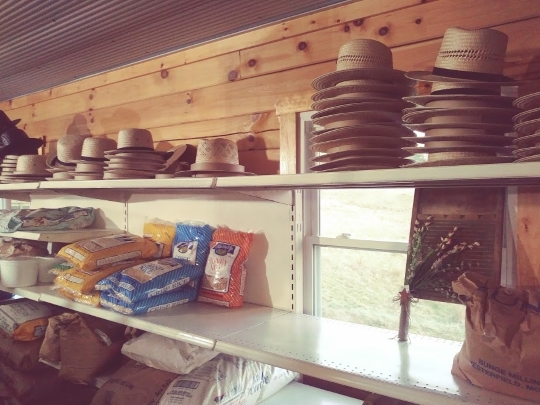 The beautiful valley draws its share of visitors. Mattie has a neighbor who rents a cottage. Other than that, I am not aware of other lodging in the valley. 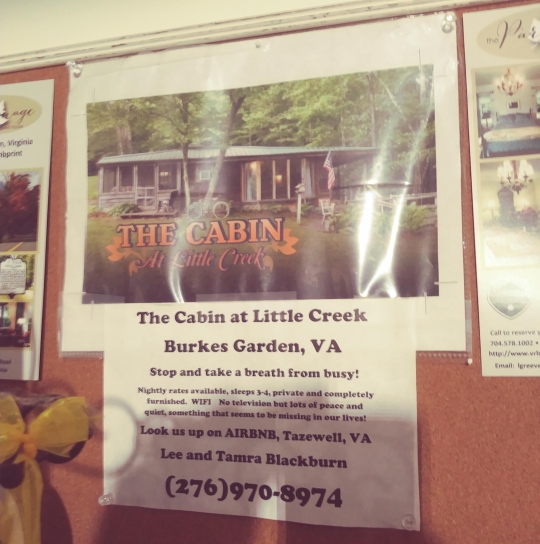 Mattie has a number of tourist souvenir-type items for sale. These feature both the Burke’s Garden name and imagery, and the name of her store as well.

You can even get a Mattie’s Place baseball cap. 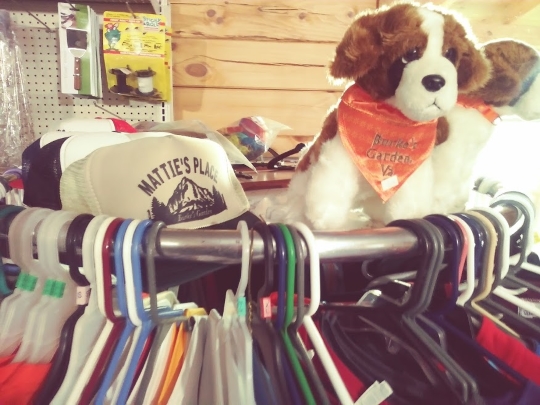 They also rent bicycles here. Apparently cycling around the valley is popular with visitors. If you visit you’ll understand why. 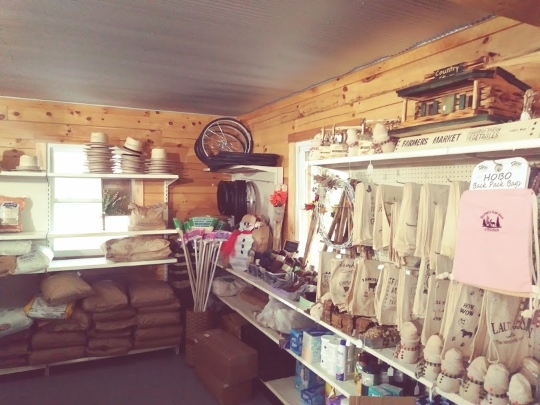 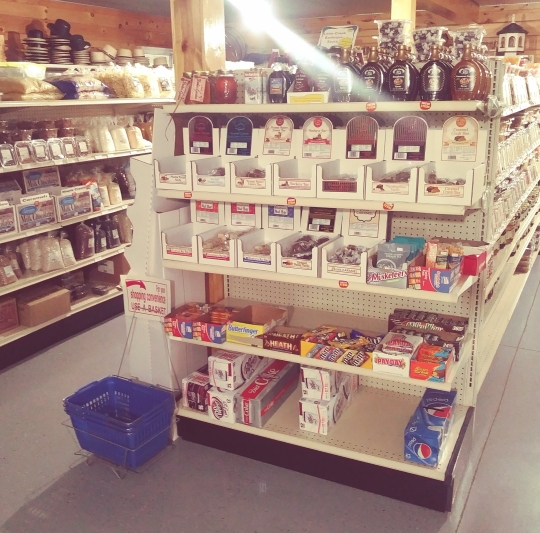 What appears to be some creams, balms, and natural remedies near the front counter. 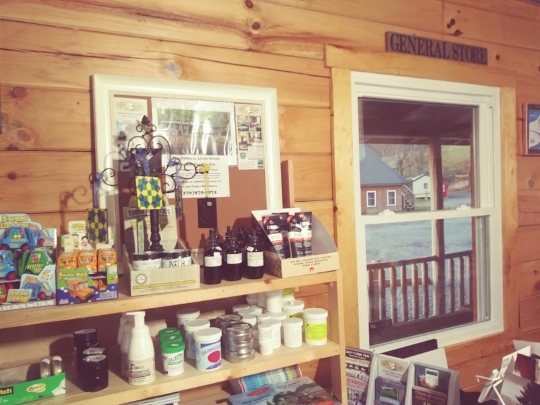 I signed the guest book before leaving. 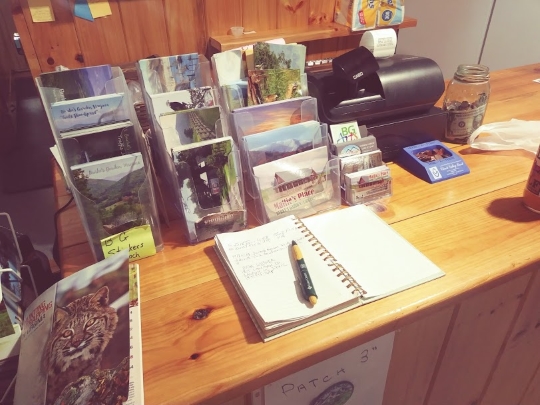 I made my way out having picked up some treats including beef sticks, a Burke’s Garden calendar, and a photographic book on the history of the community. 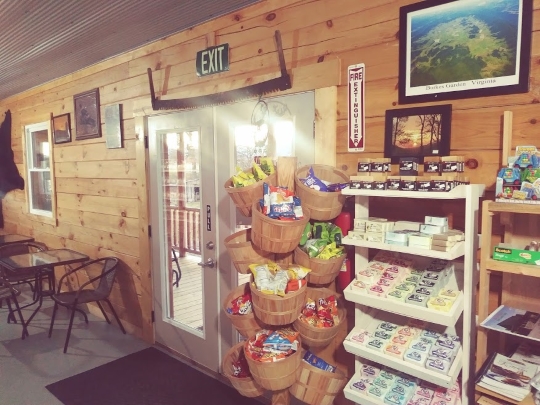 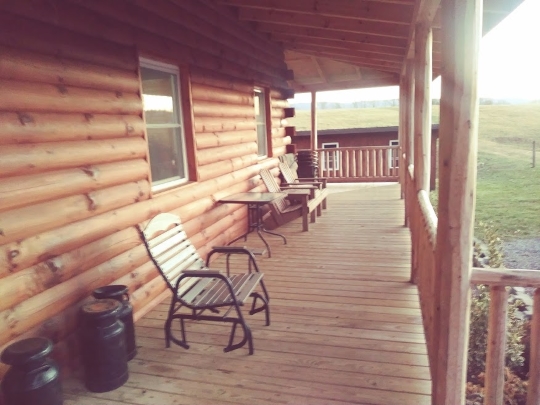 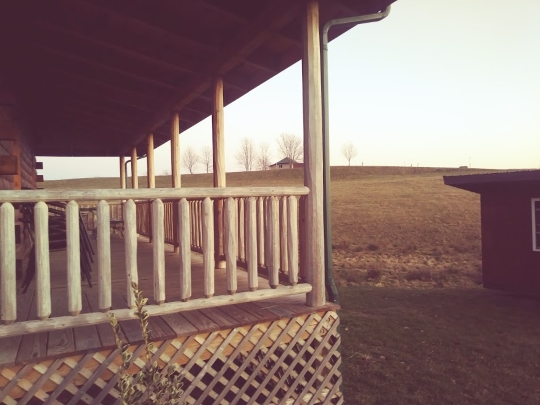 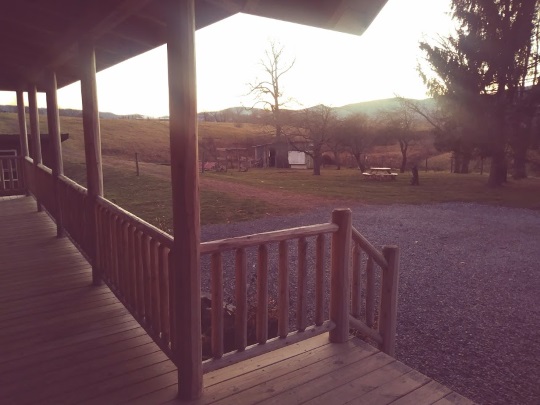 One last curiosity: Mattie has an ATM machine installed outside of her business. Can you say surprising? 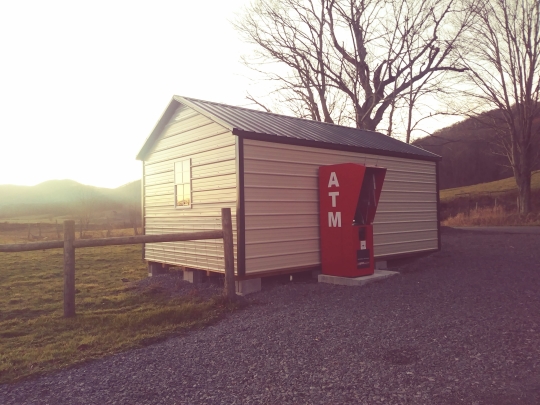 I forgot to ask about why it’s there. It’s about the last place you’d expect to see an ATM. I don’t think I’ve ever seen a random “rural” ATM like this anywhere before.

This is not a heavily-visited store in the heart of Lancaster County. It’s an isolated, enclosed valley with no through traffic. 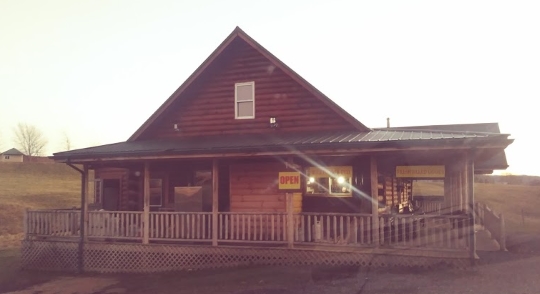 Maybe it’s handy for locals, or visitors to her business who need cash (I don’t recall that she takes credit cards).

If that’s the case, bravo to Mattie for covering her business bases here.

Here’s the address and store hours:

Here’s a much higher quality photo of the shop, taken by tripadvisor.com user buffalorock. 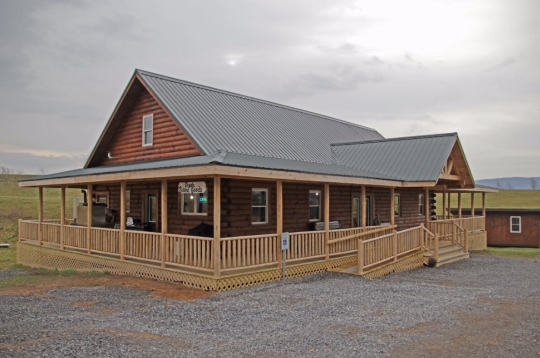 I hope I gave you a feel for the store and a bit more of Burke’s Garden. Stop in if you are up for the trip and don’t mind windy roads. You’ll enjoy it.

Still to come is one more post on the community, drawn from my Thanksgiving morning visit.