Jim Cates: The Wilder Side of Amish Youth

Wild youth behavior is a reality for some English adolescents, and for a segment of Amish youth as well.

Jim Cates returns with a look at those youth–some of whom soon find themselves in quite different circumstances.

Not Your Mama’s Amish

Long before Wal-Mart discovered that “Back in Black” was a catchy musical backdrop for its television ads, the youngie in Topeka, Indiana were regularly blasting that rock anthem from boom boxes in their buggies on Saturday nights.

That was a startling revelation, despite my involvement with Amish youth. That awareness of the more “human” side of the Amish experience also launches several of the posts that follow. An introduction seems appropriate. 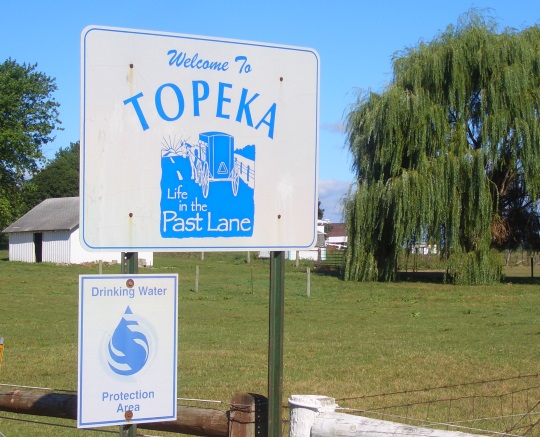 Shortly after the century turned, I had become involved in starting an alcohol education program in the Elkhart-LaGrange settlement for this very crowd (among others) that now rolled by, music blaring.

Once our program was established, it was apparent we had stumbled onto something that might be around for a time, and more permanent office space made sense. It also made sense to expand my private practice, and so I purchased a home in Topeka, on the edge of the settlement, that could be renovated into office space to serve both purposes.

Long on vision and short on cash, I began to spend weekends that fall cleaning and doing the type of home repair and renovations that fell within my skills. And so I would arrive on Saturday morning, work until dinner, retire to Tiffany’s restaurant across the street, and then settle in for an early evening rest on the porch before returning for a few more hours of work. 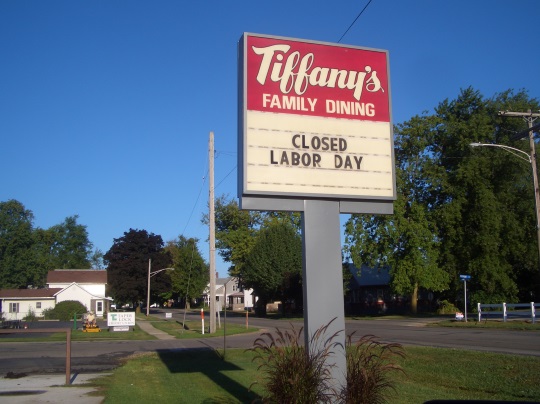 If you have never been to Topeka, imagine the quiet and comfort of any small town in America and you have the beauty of this burg. Add the sound of horse’s hooves and the creak of buggy wheels, and you have the added allure of the Amish as they go about their daily lives, a scant few miles from the heavily touristed areas, and thus a more relaxed and friendly setting. Sitting on the porch in fair weather also meant watching children ride by on bikes, hearing their play at the nearby park, and the hum of traffic on the main street a few yards away.

And listening to the bass thrum of AC/DC blaring from speakers as buggies clipped by full of youngie.

The “Topekas,” as the Amish group of young people who congregated there were known, were the Rumspringa outliers; the “wild bunch” among those who stepped away from their roots for a run on the Devil’s playground. Also during the time I was at work (I soon learned) this group had rediscovered that Australian hard rock supergroup, so that my idyllic evenings on the porch were disrupted by a running commentary of AC/DC’s greatest hits: “T.N.T.,” “For Those About To Rock,” “It’s a Long Way to the Top,” and of course, forever and anon, “Back in Black.”

I know it was just me, but over time it seemed that the horses pulling these rockin’ buggies had an especially lively step, as if they too knew this was a special moment in their lives that was not to be repeated. The drivers were always male, dressed in English clothes. Sometimes a more daring female companion wore English clothes as well, but more often she remained in plain dress, replete with head covering. And yet they all rode with a sense of derring-do, cigarette smoke pluming to the side of the buggy as it rolled by, a reminder to those of us they passed that youth in any culture disdains its elders. 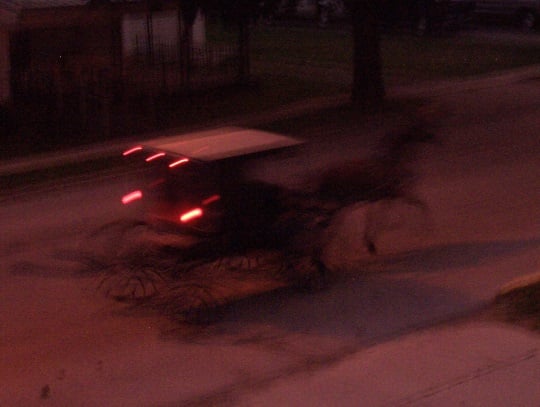 And yet that disdain cannot last forever. We all grow older. Some of these youth who drove by so proudly eventually graced the door of the very house where I sat. They were on their way to mandatory alcohol education classes, having been arrested by local law enforcement for alcohol possession and consumption charges brought about by their youthful disdain.

Once able to drop the need to remind themselves and their friends that they were fearless, they were able to speak of the vulnerabilities and uncertainties that plagued their lives. And so many of them have now reached an age when they are no longer playing “Shook Me All Night Long,” but are walking the floor all night long with their second, third, or fourth child. Some have even been tapped to be deacon or a minister in their church.

The difference between us of course, is that hard rock is now a distant memory for them, a part of their life tucked away with their cigarettes when they joined the church. Oh, at times they enjoy a country song at the factory, but not the slammin’ bass and screaming lyrics of heavy metal.

On the other hand, I still tune the radio to classic rock. I have the bad habit of cranking AC/DC whenever their songs enter the mix of disco, soft rock, and an occasional folk ballad. And I cannot hear “Back in Black” without seeing a horse trotting down the street. He almost seems proud to be chosen for tonight’s adventure. Inside the buggy he is pulling sits a boy in English clothes, and a girl in plain dress. Cigarette smoke wafts out the side. They feel a disdain for those of us who watch them, unaware of either the trials or the beauty that await in their lives. Such is youth in any culture.

Jim Cates is the author of Serving the Amish: A Cultural Guide for Professionals. He can be contacted through this blog or his website at servingtheamish.net.