Next week the annual Jamesport, Missouri Spring Hill School Consignment Auction will be held. This is a large two-day auction drawing a lot of interest. As a preview we have some photos from last year’s event, courtesy of Don Burke.

All photos and commentary on this page are provided by Don. You can see more of Don’s Jamesport auction photos and others in full size on his Flickr page.

The Jamesport auction is more active than a three-ring circus, with probably as many as four-to-six auctions going on at the same time. 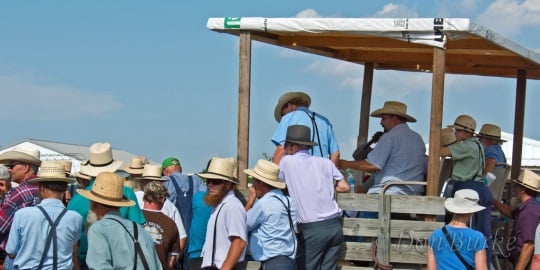 This auction bring in people from many different communities, including many from out of state. It is very interesting to see the differences in dress and other factors from the various groups represented. 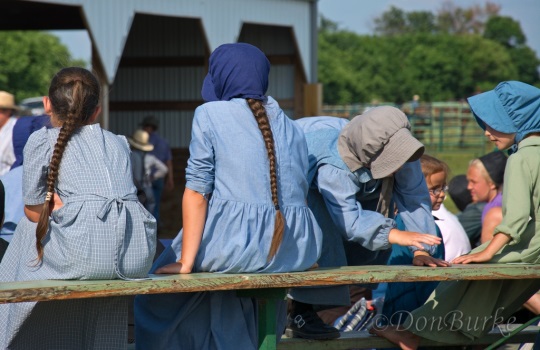 The women tend to be drawn to the auction ‘rings’ specializing in sewing and household items. 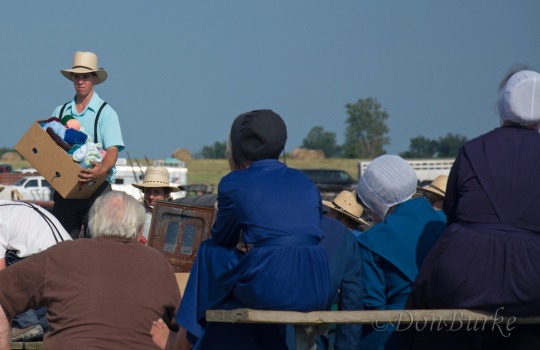 The auction was a turning point for me and my Amish experience, and sunglasses like this were a part of that. Young men were walking around with sunglasses like I would see Englisch guys wearing.

Then I noticed the kids drinking Pepsi and Mountain Dew and other sodas just like non-Amish. Yeah, that’s kinda “duh,” and it wasn’t the first time that the though crossed my mind. But it really soaked in deeper as I had such close direct contact, and the more I looked the more that I saw how much we are alike instead of different. 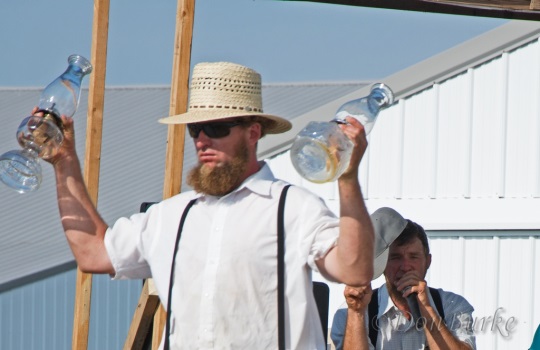 These are not buggies up for auction. Rather, they are just a few of the sea of buggies from those that drove in to the auction. 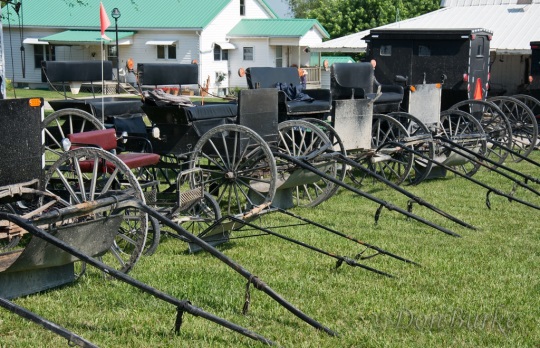 What’s an Amish auction without a wringer-washer or two?

I would be curious to know how these two modern pieces fared compared to the older style. Did they bring in the same price? Did they end up with Amish or with one of the many non-Amish? (BTW, I have seen an Amish wife in Pennsylvania who had a washer and dryer that she used for her business; and in Missouri I’ve seen a washer re-purposed to run on compressed air for the sole use of its spin cycle.) 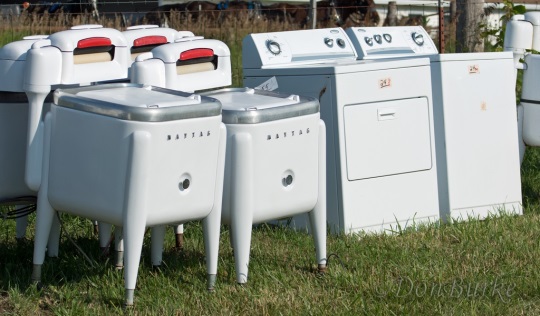 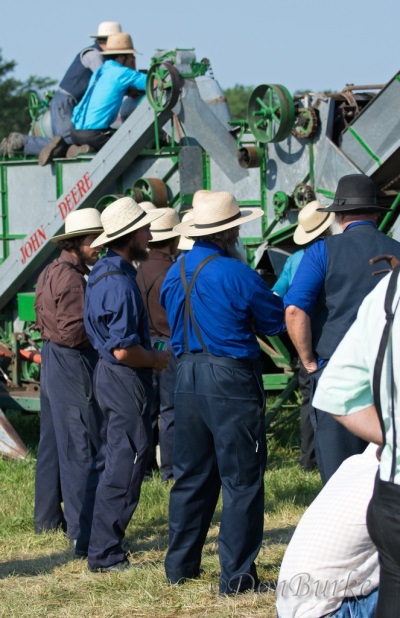 As this shows, not every item in this Amish auction is from the Amish, or would be used by them. The woman at the auction who was selling this said that her brother had bought it, but before he could use it (rent it out, I suppose), he died. So he was the first one to be given a ride in it. 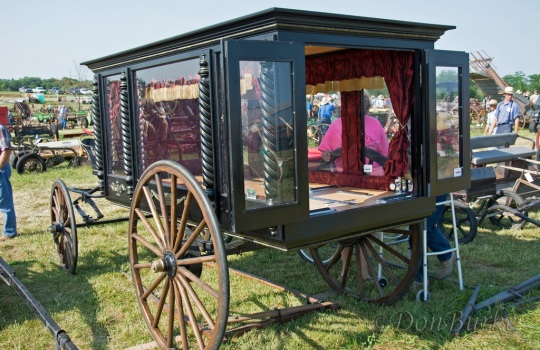 No, not an Amish wagon. 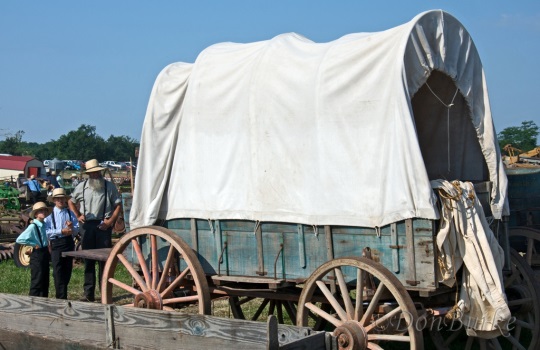 Here is one of the Amish refrigerated food wagons, used for events like this, weddings, etc. 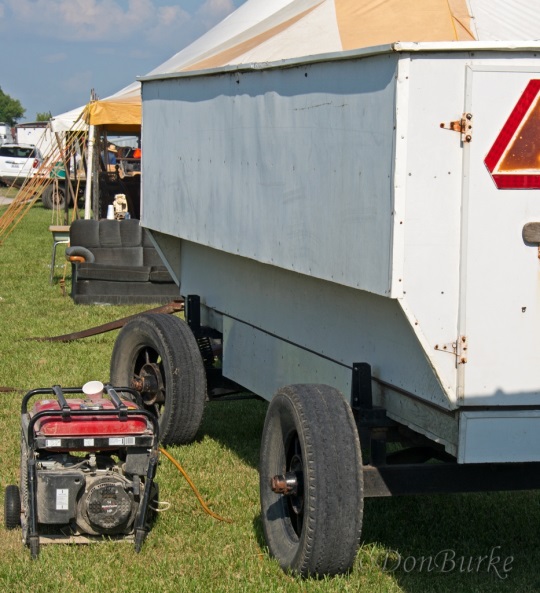 Even auction time is family time. 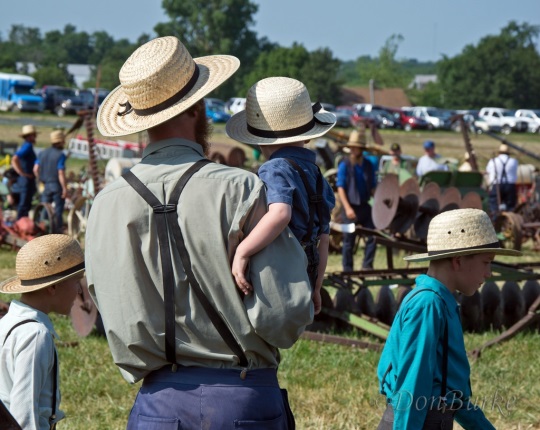