It seems hit-and-runs on Amish buggies are the latest bad roadway trend. Another happened in Oneida County, New York Tuesday (other recent ones have occurred in Ashland County, Ohio and Trumbull County, Ohio). This time the driver somehow made out okay, but the horse was left injured:

Marcy, N.Y. — A horse was injured Tuesday after a car crashed into an Amish buggy and then drove off, deputies said.

The hit-and-run crash was reported at about 2:34 p.m. on state route 12 in the town of Marcy, according to a news release issued by the Oneida County Sheriff’s Office.

The buggy was driven by Sammy S. Hershberger, 47, of Poland, deputies said. He was the only occupant at the time of the crash. Hershberger was not injured in the crash, they said.

The horse had neck and leg injuries. No word on its fate; according to the article, “It was taken to the owner’s residence to be evaluated.”  It’s possible it couldn’t be saved, but hopefully not.

These two photos from localsyr.com show the extent of the damage as well as a view of the horse, who seems to be standing okay under its own power. 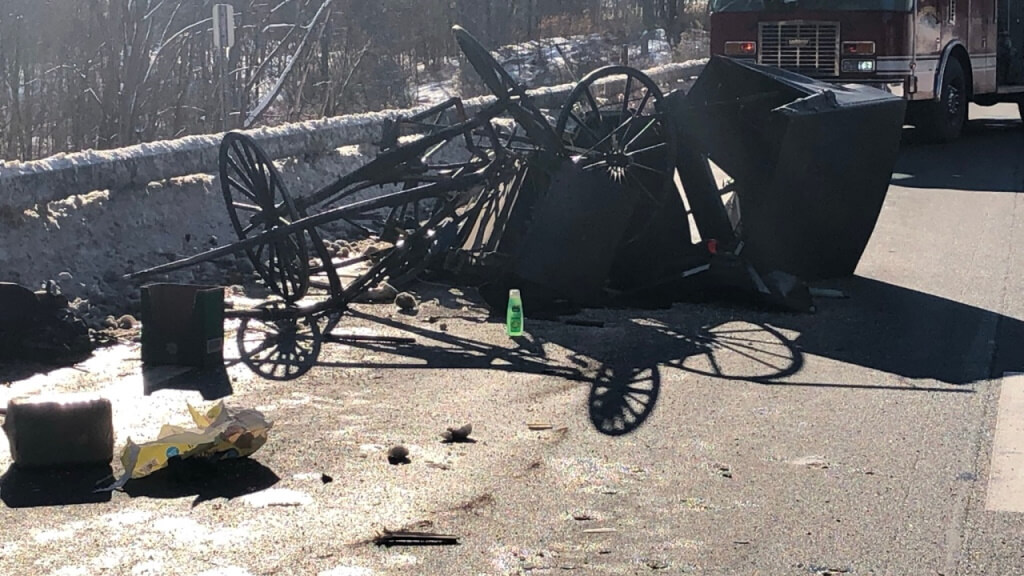 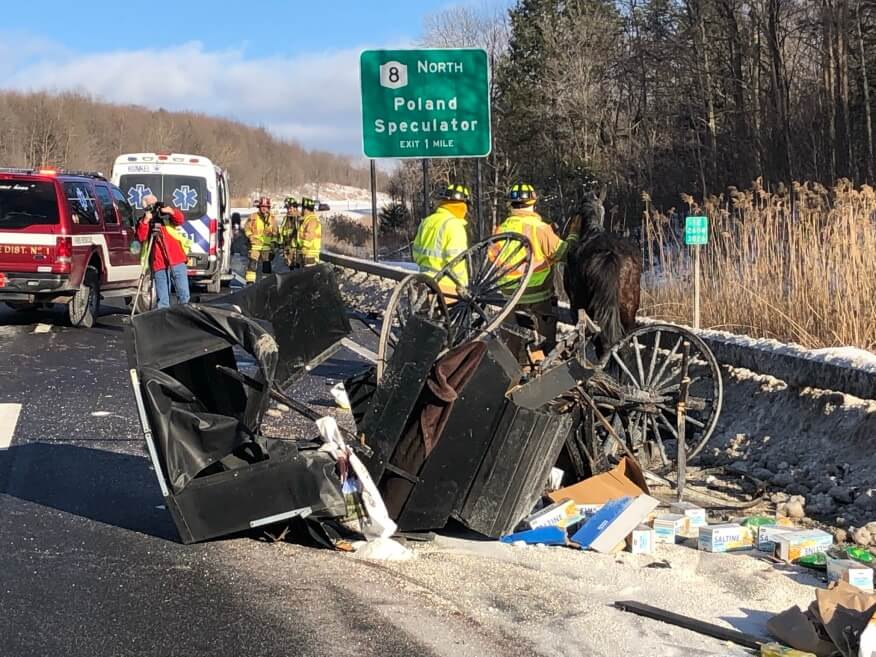 These photos tell me that Sammy Hershberger was fortunate to escape uninjured. My guess would be this was an impaired driver and/or one with prior legal issues.

None of the stories online seem to have a contact number for local authorities but a Google search tells me the number for the Oneida County Sheriff’s Office is (315) 736-8364.

Update – The driver has been found:

MARCY, N.Y. (WUTR/WFXV/WPNY) – The Oneida County Sheriff’s Office has reported that the driver who injured a horse after hitting an Amish buggy and then fleeing the scene has been identified as Shaun McKerrow of Poland.

McKerrow has been issued a traffic ticket and is scheduled to appear in front of the Marcy Town Court in the future.