A tragic story from last Wednesday in central New York. Brothers Rudy and Feldy Miller drowned in a pond in their community after the floating dock they were on capsized:

Feldy Miller, 12, and Rudy Miller, 21, who both lived at of 3603 Barr Road, Stockbridge, were pronounced dead the scene, Hood said.

The accident occurred shortly after 8:30 p.m. Wednesday, when deputies responded to 3511 Graves Road in the town of Stockbridge for a missing persons complaint. Deputies were told children were playing at a pond about a quarter-mile from the residence and two people were missing.

Police learned two adults and two children were on the dock when it capsized. One child surfaced and was rescued, but the other child and the other adult never came out of the water, the sheriff said.

The ages of the two who survived are 10 and 17. The child who was rescued received treatment at the hospital. The dock was a wood and Styrofoam construction. The accident happened at around 9 pm.

Stockbridge is located in Madison County about 45 minutes east of Syracuse. It is hard to say exactly which community this is, as there are at least three in the vicinity of that area.

An English neighbor commented on the brothers in warm terms:

“The world lost two very happy cheery people that were always willing to help,” said Matthew Allen, a firefighter who was home at the time of the drownings.

Spectrum News was told the people involved were Amish, so they needed some help of their own.

“They do things to get along,” said Hood. “They had people call the authorities to get the investigation going for help. They just handle things differently.”

Allen said the victims were the best neighbors. He said the child was usually busy playing, and the man was a hard worker who offered to help his neighbors before they even asked.

Prayers for the family. 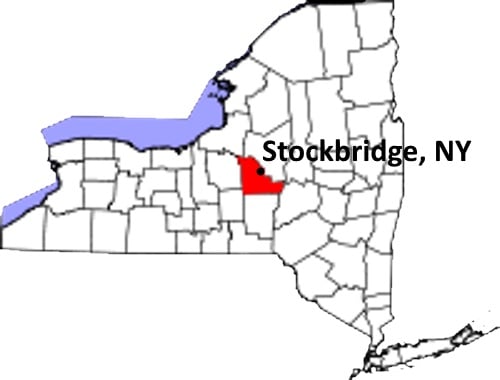