“Facebook on Paper”: A Closer Look at The Budget Newspaper

The Budget, published in Sugarcreek, Ohio since 1890, is a correspondence paper popular in Amish and Mennonite communities. This is one of the best articles I’ve seen on the paper, a fairly deep dive into how the Budget gets made, who reads it, what it covers, and more, by Sophie LeMay of thereportingproject.org.

SUGARCREEK, Ohio – Of all print newspapers in the U.S., The Budget could be around the longest.

At 60 pages and about 20,000 copies a week, it’s one of the largest paid-circulation weekly newspapers in the country. It has no online edition. Paper only.

What’s its secret to success at a time when most newspapers are losing print circulation?

Its loyal readership: Amish and Mennonite people. The Budget is a staple on the kitchen tables of these conservative Anabaptists around the world. For some, without the use of social media, smartphones, and automated travel, the paper is a primary source of information. 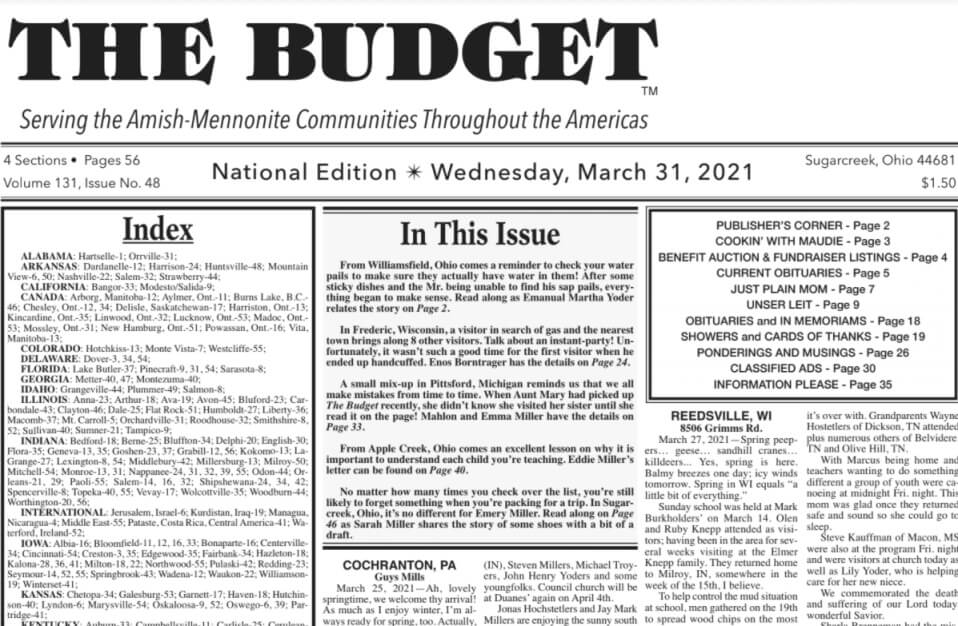 And some of the more interesting bits. This is one of the most succinct descriptions I’ve seen of what The Budget provides:

Dan Raber considers The Budget a way for a lot of people “to keep a light touch on what’s happening with extended family without making phone calls or writing letters.

“It’s a way of having a wider connection without feeling personally obliged to step into somebody else’s space,” says Raber, owner of The Colonial Homestead hand-tool and woodworking shop on Rt. 241 between Millersburg and Mt. Hope, and the son of a Budget scribe.

Milo Miller, publisher of the Budget, and his team do have to do some editorial work as far as content of letters sent in by their 700-some scribes:

While the newspaper’s content typically remains benign, it’s not without effort by the editors, who know their audience well. Milo Miller, whose father grew up Amish, was not raised within the Amish or Mennonite church, but he lives in the area and is keenly in tune with his readers.

The newspaper is owned and operated by people outside of the “plain” community. Miller says the staff is mindful of this dynamic, and they work hard to show respect to the community they serve. “It’s not our paper; it’s theirs,” he says.

Amish and Mennonite scribes produce the content, but Miller and others who aren’t Amish edit the paper ― including sometimes removing controversial content on politics, sex, violence, drugs, and alcohol. 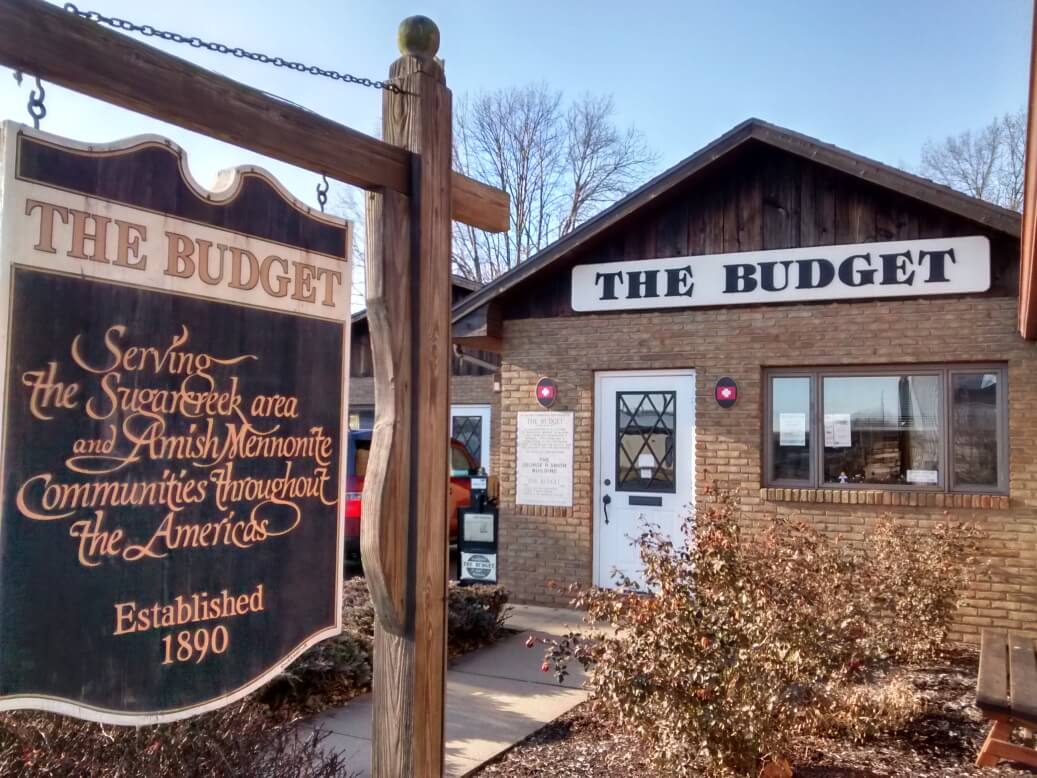 And a funny bit about how Pennsylvania Dutch doesn’t always ease itself into English translation:

“Only in The Budget can you read, ‘She is on a wheelchair going backwards,’ in a letter about someone’s health, or ‘The yard sat full of people,’” says Walnut Creek, Ohio, scribe Willis Miller with a laugh. “Pennsylvania Dutch doesn’t always translate” well into English.

A quote from Milo Miller closes the piece – a look to the future in the face of a changing media industry:  “I honestly think, and it’s nothing I’ve done, this will be the last newspaper standing.”

Read it all here. You can also check out our 2021 interview with Milo on The Budget.