Today, part 2 of the interview with professors Hurst and McConnell, on their new book on the Holmes County Amish, An Amish Paradox: Diversity and Change in the World’s Largest Amish Community.   If you missed the first part, or would like to find out how to enter a drawing to win the book, check out Part 1 of the Amish Paradox interview.

Today we discuss Amish women, the Amish approach to health care, and how Amish have dealt with technology and occupational change.

Amish America: The Amish are often seen as being a static culture, but as you demonstrate, do in fact adapt and evolve over time. In what general ways are Amish in Holmes County experiencing change? 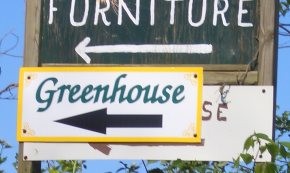 Charles Hurst and David McConnell: Like any group, the Amish have to respond to internal and external pressures imposed upon them. Because their population doubles about every 20 years and because the cost of land for farming has increased significantly, the Amish have had to seek out new enterprises and occupations in spite of their traditional attachment to farming. Micro-enterprises such as furniture making, machine repair, lumber yards, fabric shops, etc. have been a result of these pressures. Many cater to the increasing numbers of tourists that frequent their community. In addition, rather than being self-employed, many Amish work for English and Amish employers in a variety of businesses. These jobs often take them away from their homes during the workday.

The selection of appropriate occupations is constrained by the values and traditions of their community. Consequently, the range of acceptable occupations is generally narrow, especially for the more conservative affiliations. The worry among some Amish that they may be straying too far from their traditional occupation, has resulted in an increase in the number of organic farms.

The pressure to find acceptable occupations is especially acute for the younger generation, and parents worry about what their children will do for a living. This reverberates in the education their parents think their children ought to receive. A changing proportion of children attend parochial and public schools, while some are home schooled.

Technology is another factor that has instigated change. Computers and cell phones have infiltrated some Amish businesses, and the traditional Amish concern for efficiency has lead to them being leaders in the use of solar energy. Some Amish businessmen have become more media and Internet savvy so that they can compete more effectively in the marketplace.

Medicine is another area that has been affected by higher costs and concerns for efficiency. Increasingly, Amish negotiate lower costs for health care, which often means that they will travel to those places that will reduce prices, and will accept new technologies if they prove to be effective and economically reasonable.
The amount of wealth held by the Amish has grown significantly and is a cause of concern for them because of the temptations it creates and the potential danger it poses for cohesion in their community. There is the possibility of incipient social classes developing further, creating fractures in their community.

The clashing of tradition, increased population, and all the outside pressures mentioned has led to varied responses within the Amish community, resulting in greater internal diversity.

Hurst and McConnell: Generally, the Amish approach to health care is to use it only when it is clearly needed. This approach is driven by concerns for cost, the belief that the family comes first, and the hesitancy to use methods that, based on their experience, may or may not be effective. Access is less of a problem. 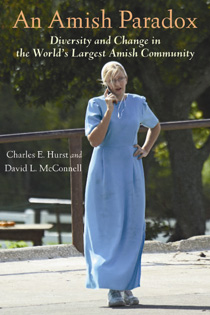 The results that flow from this approach include the use of less preventive medicine such as annual checkups than is found among the English. They are also more likely than the English to use alternative medicine or traditional remedies because they are usually less costly, are readily available, and have seemed to prove effective in the past for themselves or relatives. And often a remedy will claim to be effective for a variety of ailments and will seem to make common sense, which have appeal for the Amish. A greater proportion of Amish women than English women will use more natural birthing methods as well.

The many health care professionals we spoke with praised their Amish patients because they pay their bills on time and no third party such as an insurance company is involved. They are also less likely than English patients to sue their provider. Some physicians also thought that Amish patients are often more tolerant of pain, but this is a two-edged sword. On the one hand, they will not complain as readily, but on the other it means that they will often wait until the problem is worse before they see the health care provider.

Finally, the Amish tend to be more accepting of terminal illnesses, and resign themselves more readily to the fact that a disease will lead to death. In this case, they put their lives in God’s hands, and are less likely than English patients to indulge in expensive treatments that may not be successful. They do this with the realization that high costs affect the whole family, and the family has priority.

Amish America: Can you comment on what you discovered on the position of women in Amish society?

Hurst and McConnell: We interviewed a large number of Amish women who had joined the church as well as a few who had left the Amish. Among members, despite personality differences, there is surprising unanimity in how they interpret their positions in the Amish community. Formally and objectively, men are the heads of the households, hold committee and church positions, and make the final decisions in matters of significance. In practice and in daily life, however, women appear to be more influential. 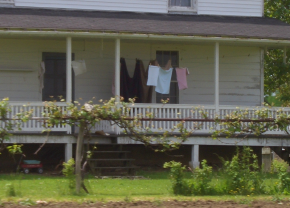 The women we interviewed did not see themselves as doormats under the feet of their husbands, and generally thought their relationships with their husbands were close to ideal. Their interpretation of their position contradicts the popular stereotype that they are dominated by their spouses, despite the fact that occasionally a woman would cite another woman who was controlled fully by her husband. Almost all the women we spoke with saw themselves as partners with their husband with whom they shared decision making. While there is a clear division of labor along gender lines, husbands and wives help each other with many tasks.
Women see their tasks as important, and some men even said that what their wives did with respect to family and nurturance was more important than what they did in their occupations. In the routine practices of daily life, women make an impact, and interpret their positions in a way that helps to negate any lack of formal power they may experience.

To the extent that power means a sense of security, almost all of the Amish women in our study felt they had a freedom from many of the worries that occupy English women. They know their husbands will provide for their families, and not divorce them, and that they will not have to worry about the employment-related problems faced by many English women. Consequently, Amish women who have opted to join the church see themselves as better off than English women.

Amish America: You refer in the book to the idea of an “Amish crucible”. Can explain what you mean by the term?

Hurst and McConnell: The dictionary defines a “crucible” as a container within which materials are subjected to a severe trial or test resulting in a change in the materials. Like any container, the Amish form a tight community with fairly clear boundaries that separates them from the wider society. As with a crucible, within the confines of Amish cultural walls, conflicting internal and external forces activate tensions that instigate change among individuals and groups. Among these tensions are variations in views of tradition, community values vs. individual interests, and needs for freedom vs. security. These forces and tensions ultimately lead to economic, educational and other diversities.

Amish America: What kind of feedback have you gotten from Amish on the book?

Hurst and McConnell: The feedback we received from nearly a dozen Amish individuals who read all or parts of the manuscript before the book went to press was very positive. Many were excited to read what they considered to be the first in-depth study of the Holmes County Settlement and felt that, unlike other accounts that glide along the surface, ours captured in great detail both the diversity and the dynamic changes in the settlement. One Old Order friend of ours did comment that it was hard for him to read about some of the shortcomings of Amish life, especially church schism, but that we had done a good job of striking a non-judgmental tone. 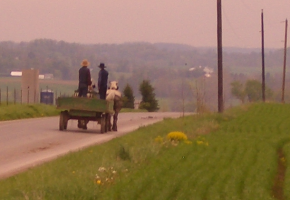 Since publication, the comments we’ve received from Amish readers have also been very upbeat. Though a few have corrected us on very minor details, the majority have expressed their gratitude for a book that is based on long-term, in-depth research and gets the facts right. They also appreciate a book that focuses on the Holmes County Settlement rather than their more famous cousins in Lancaster and Elkhart-Lagrange. At a book-signing with Erik at the German Village in Berlin a few weeks ago, we were pleasantly surprised to find that the majority of those who stopped by to purchase the book were Amish—and they seemed eager to talk about many of the issues we raise in the book.

The winner of the book drawing will be announced Monday, June 21st.  Subscribe by email or RSS to get notified whenever a new post appears on Amish America.