One thing that I admire about the Amish is the value they place in maintaining a spirit of humility.

When the idea comes up in conversation that the Amish are getting something right—for example, by the way that they live or the values they profess and adhere to–they are usually quick to deflect attention, reminding that ‘human nature is universal’, or that ‘we’re human too.’  They have their own problems and many seem to realize it.

Yet at the same time, many Amish have strong convictions and ideas and don’t hesitate to express them.

In the following interview excerpt, an experienced Amish homebuilder shares a few ideas on home life, family, and money matters.

‘For the most part amongst the Amish here, the women do not work out.,’ ‘Marcus’ explains.   ‘It’s frowned upon, and I agree with that idea.’

‘I build houses…all over the area.  And a lot of people, both husband and wife work outside the home.  And if they were satisfied with [it], they could really build themselves a house where they wouldn’t have to.’ 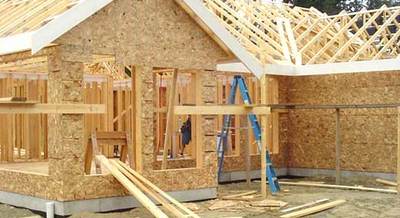 ‘Not all the people out there, because we build some small houses, you know, where people are scrambling to make ends meet…but then again, if people were more willing to sacrifice, instead of having two expensive vehicles out there, if they had the minimum they could get, and drive it ‘til it falls apart, instead of ‘til they find the next…’

‘And it’s a dead-end street, because you go out there and you buy a vehicle and you finance it and by the time you have it paid off it’s wore out, or people think it’s wore out.  And they trade it in, and refinance, and they always have vehicle payments.’

‘I think if people lived a little more conservatively, we’d all be better off…as a society,’ Marcus summarizes.  ‘If Mom stayed at home, took care of the kids—less stress because they don’t have the big house payments to make, and lived in a little smaller house, but people tend to build a house as big as they absolutely can handle, and both of them have to work to make the payments.’

‘Why do people build big houses?’  I ask.

‘I’ve built houses that were over half a million dollars, for people that borrowed every penny…yeah, they have the capital and they have the income to do it—the bank wouldn’t have given them the money if they didn’t.  But—two kids, three dogs.  They could have built a house, a real nice house, that cost $250,000.’

‘Why have all the stress of making the big house payment, when you could just as well maybe have, let’s say for example if you build a $250,000 house instead of a $550,000 house, and if you can make those payments, then make the same size payments—have that house paid off in five or six years.’

‘And then, instead of being strapped out for the next 30 years with these huge house payments—it just makes no sense.’