This barn-raising story has some history attached. In Amish history, the name Joseph Johns is noteworthy, as he was the founder of present-day Johnstown, Pennsylvania. An Amish crew has rebuilt a barn which burned down on Johns’ former farm, and which had been built by his grandson Joseph Johns III. 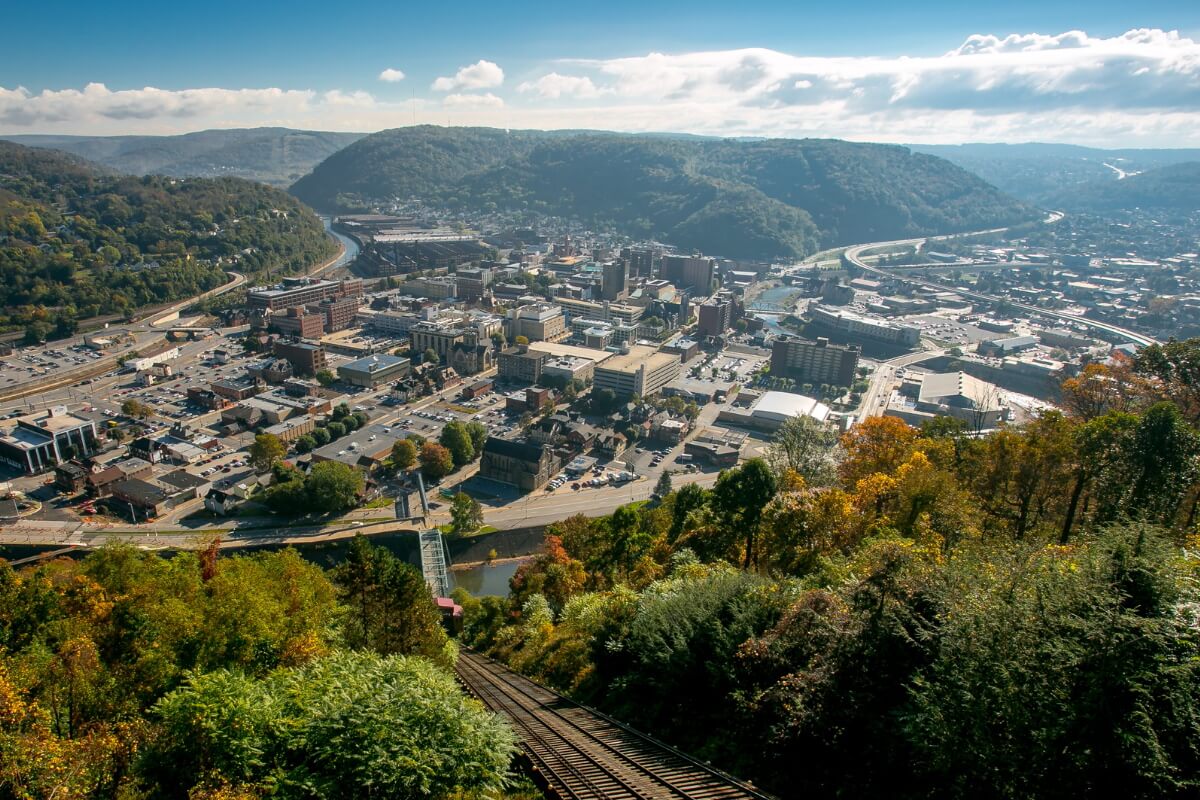 You might be wondering both about the surname here and the idea of an Amishman as founder of a town. The last name “Johns”, which we don’t see among the Amish today, was originally “Schantz”. Here’s a bit on Johns, who lived from 1749-1813, from GAMEO (the Global Anabaptist Mennonite Encyclopedia Online):

In a charter of 3 November 1800, he deeded most of his farm, together with a plot of 141 lots (with instructions for public buildings including a school and courthouse), for a town, Conemaugh. The name was later changed to Johnstown in his honor and made legal in 1834. During the 1950s the city’s population held steady around 67,000 people. Johns, like other Amish men, moved away from the growing town to a farm nine miles (15 km) south, near the present village of Davidsville (named after Amish man David Stutzman), in 1807, where he and his descendants, including his son John and grandson, also named Joseph Johns (Amish members), are buried. A statue of Joseph Johns (by J. Otto Schweizer) was erected on the town square in 1913 on the occasion of the first centennial of Johnstown.

Is Johns the only Amishman with a statue in his honor? I don’t know, but maybe (though the statue, which is also flanked by cannons, doesn’t look too Amish). I had heard Johns’ story before, but didn’t know about the statue nor of the existence of another nearby town named after an Amishman. While Johnstown is still a sizeable small city at around 20,000 people in size, Davidsville remains a “census-designated place” of around 1,000 souls. 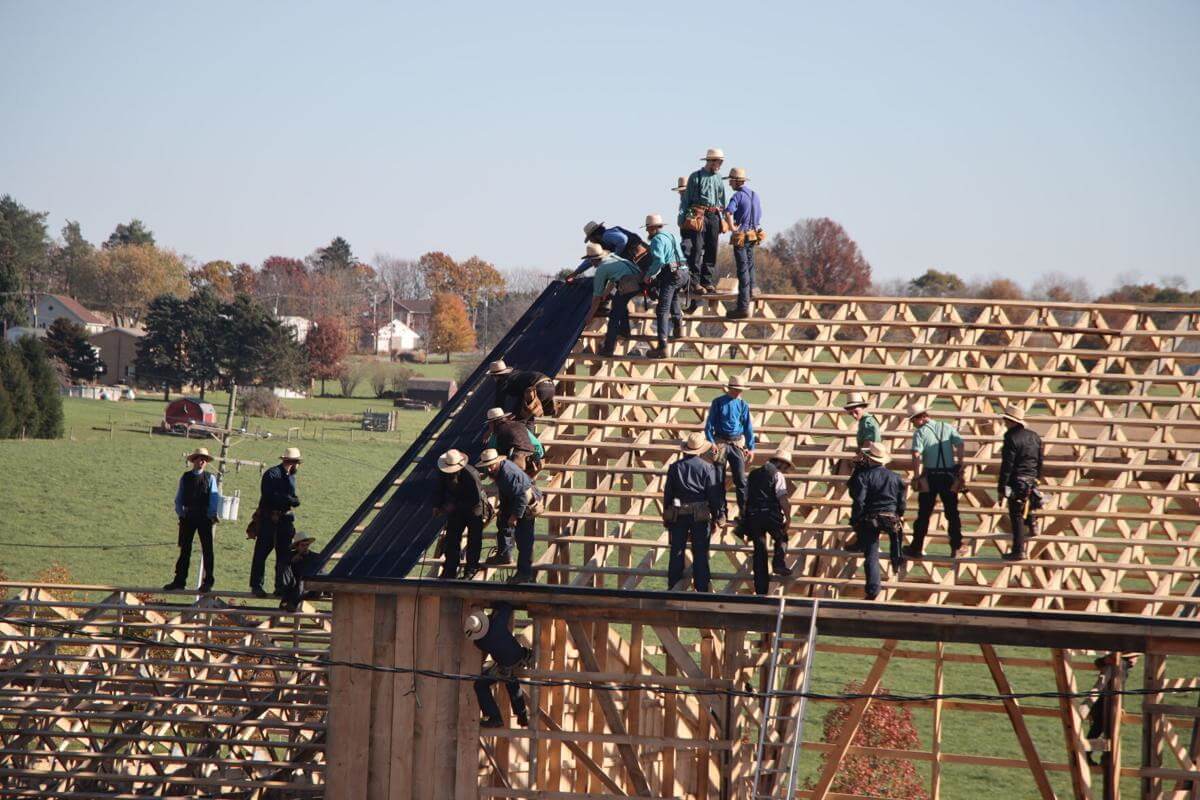 So, the barn was not actually in Amish hands when it burned down in April 2020.  The farm had been in the Johns family for six generations. The current owners, a Mennonite family, sought help from the Amish to replace the structure:

As Mennonites, the Hunsberger family strives to honor the property’s history. In addition, they were inspired by the local community’s outpouring of financial support following the fire.

“After we had the fire, we thought about what we could do to replace it and carry on the heritage and the community,” she said.

Through the family’s connections with the Amish community, plans for a barn raising began to form. They found Ray Yoder, an Amish contractor, to draw the plans and organize the work crew.

“While we cannot replace what we’ve lost, the community spirit of an Amish barn-raising is symbolic of what we felt as our community joined together to support us after the fire,” the Hunsberger family said in a flyer being distributed Friday.

The flyer goes on to explain that the Amish workers were donating their time, but the Hunsbergers pay wages for all the workers into the community’s fund. That fund is used to support families’ needs.

The barn-raising also highlights the Amish roots of the Hunsberger farm and the barn being replaced.