A tractor and a four-horse team were used to move a historic Amish schoolhouse Friday from a location outside Arthur, Illinois to its new home at the Illinois Amish Heritage Center. It took around two hours to move it about nine miles. 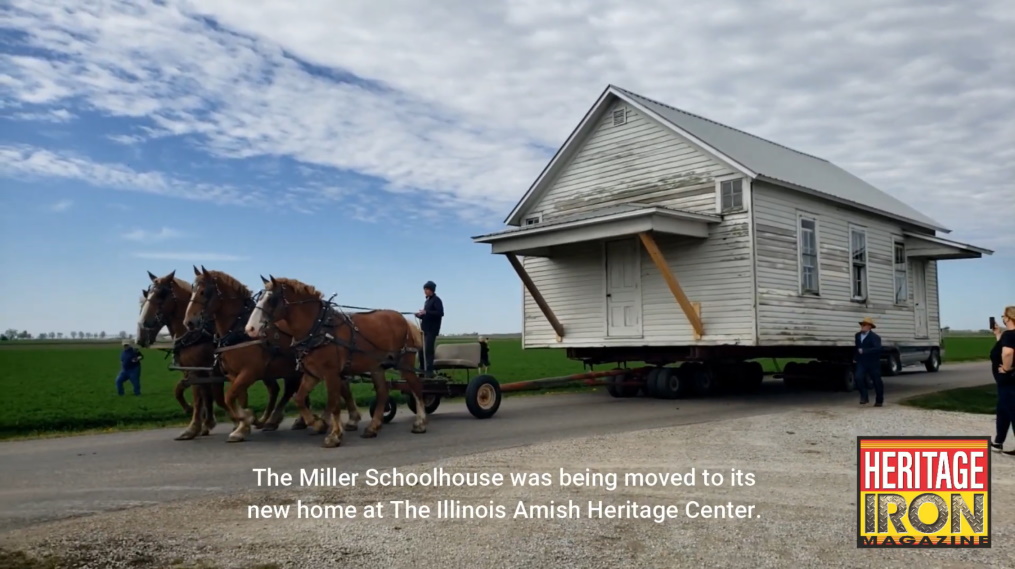 The school had been purchased by a woman named Karen Miller, who had attended school there as an Amish child. From the Herald & Review:

Miller, 44, purchased the old Amish youth school 10 years ago. Built in 1920, the building needed few repairs when it was placed on her property.

“We repaired wooden siding in some spots and a porch was added,” she said. “But this is exactly how it was when I went to school here.”

She had the school building moved from a location 2 miles west of Arthur. The desks and their content, the coal burning stove, windows, paint and the lessons written on the chalkboard remained intact.

Miller was an eighth-grade student in 1992 learning German in the small schoolhouse. The lessons using the foreign language were necessary for the Amish children ages 14 through 16. “Our church services are conducted in German,” Miller said. 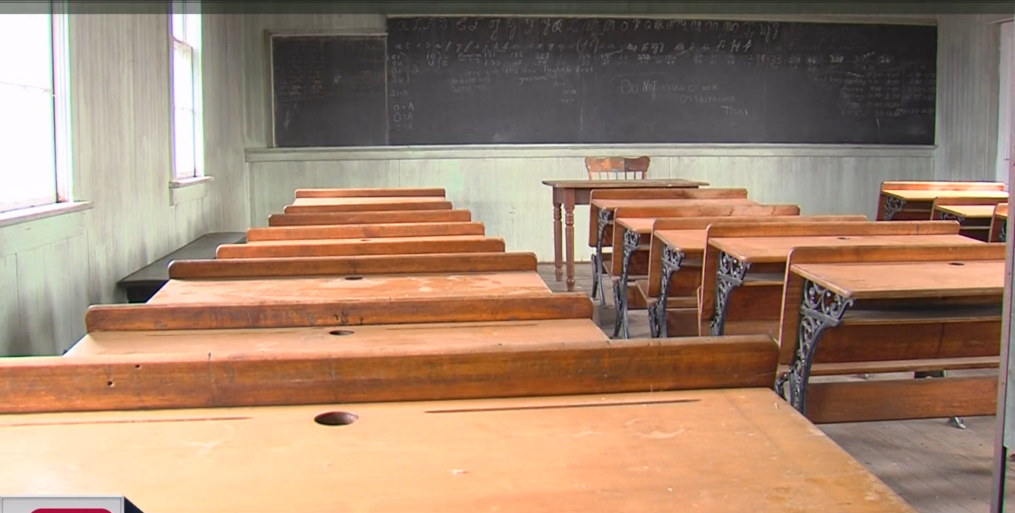 It’s a bit unclear, but it seems this school was used mainly for the purpose of teaching German language. Although the Amish traditionally only attend eight grades of schooling, in some states, age requirements mean some students must continue on with further schooling, typically one day per week, which includes German (here’s an example of that). I’m not sure of the requirements in Illinois, but that might be what this schoolhouse was used for.

Chairman of the Illinois Amish Heritage Center Board Wilmer Otto elaborated in a second report (WAND 17):

“Within the Amish tradition they speak a vernacular German to each other daily but the scriptures are read in the high German. So to teach their young people how to read the scriptures and to understand the scriptures in church services they have these schools set around the community and the people send their children after their elementary school is finished.”

It was last used for this purpose in 2001. Note one discrepancy between the two reports: the first states it was built in 1920, while the second gives 1910. 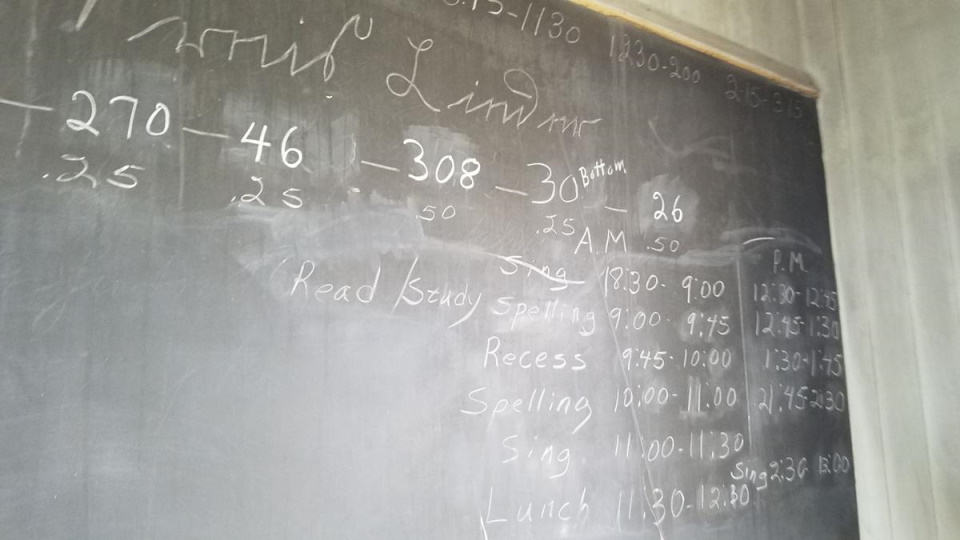 This chalkboard still shows lessons remaining from, presumably, the last class to use the school. Photo: Donnette Beckett/Herald&Review

This isn’t the first move this community has made of a historic structure. In 2016, the state’s oldest surviving Amish home (1865) was also moved to the Center, with part of the work again being done by horses. 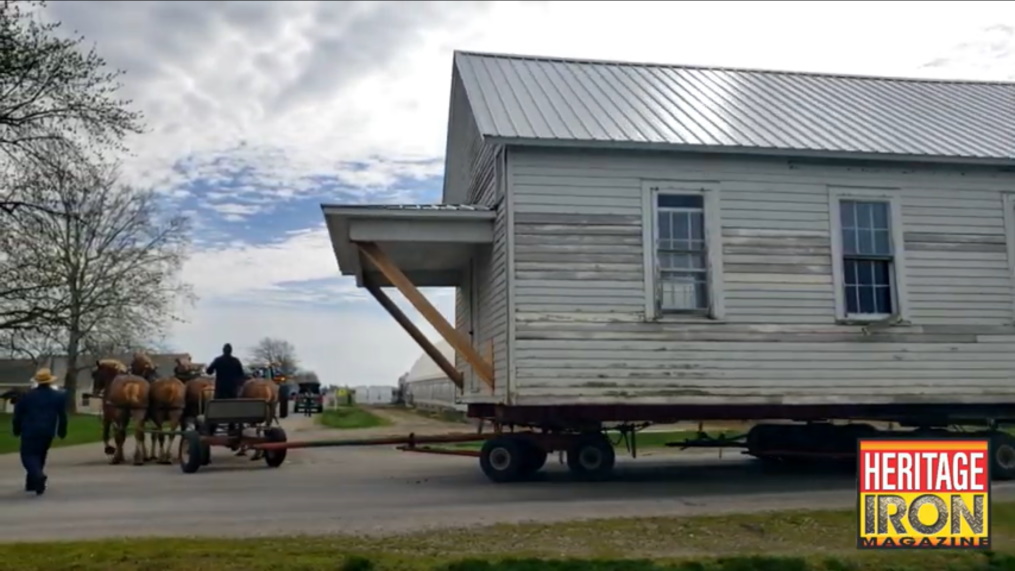 There are several videos of the move, but I could only find one that was embeddable. I’ve set it up to play the relevant bit below. You can also find more extensive videos at the two news sources I’ve linked above.

The Heritage Center is steadily growing to become a focal point for historical preservation and education about the Amish. Apparently the next addition will be a barn, to be raised on the property.