Jim Cates returns today with the second part of his look at the Amish at wartime. Here is part 1 if you missed it.

Jim’s last post generated a good discussion on the terms “pacifism” and “nonresistance”. As some of you commented, if pitting the two terms against one another, “nonresistance” is favored by Amish and other conservative Anabaptists, in part for its scope covering a broader array of situations and lack of an activist element. The term appears in Amish writings on a range of topics, including on reporting crime and relations with the government.

However, as Jim commented, he used “pacifism” within a narrower context, referring to an experience not seen since Vietnam. “When conscription (or the draft) is active, then those who are nonresistant in their view are further required to state that they will not engage in war.” He states that with the more recent military conflicts, “the need to assert conscientious objector status, or to claim a pacifist view, has not arisen.”

In part 2, Jim further explores the Amish response to the demands of war.

It Is Well That War Is So Terrible

“It is well that war is so terrible, else we should grow too fond of it.” Robert E. Lee, commanding the Confederate forces at Fredericksburg, made this comment while watching the repulse of their Union foe. A few short months later he would sit astride his horse in the state that welcomed the Amish with religious tolerance and watch with overwhelming grief as General George Pickett made the charge that would become the most famous moment in the Battle of Gettysburg. Lee was correct. Our 100 year-old desire to have Hollywood churn out action dramas on a grand scale reinforces his 150 year-old commentary on war. Pacifists fight an uphill battle.

The last full-scale mobilization for an armed conflict by this country was World War II. Now receding past the memory of the living, it was a time of war bonds, rationing, and constant awareness that patriotism involved support for the troops. It was a time when the Amish were held far from the model of virtue we ascribe to them today. 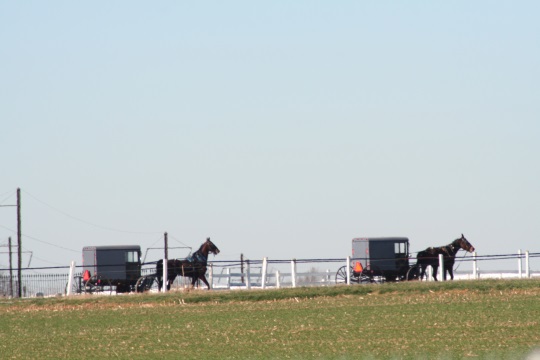 Joe Wittmer was a friend raised in an Amish home in Daviess County, Indiana, leaving at the age of 16 to further his education and enter the world of academics. He wrote at length about his culture of origin (see for example, The Gentle People: An Inside View of Amish Life, 3rd Ed. 2006). He both spoke and wrote about his experience as an Amish child in a public school during World War II. Civilians were asked to harvest wild milkweed pods. This plant could be dried and its fibers used for flotation devices, an urgent need with global raw resources limited. Joe and his Amish peers were not allowed to help in this harvest, as it furthered the American effort in the war.

Likewise, when students stood in the morning, placed their right hand over their hearts, and recited in unison “I pledge allegiance to the flag of the United States of America…” Joe and his Amish friends were silent, refusing to take an oath to any power but God. At a time when the war effort was inextricably mixed with God’s blessing on America, the refusal to support it was tantamount to treason.

These were hard times to be Amish. Americans were dying on foreign soil on a daily basis, spilling blood in an effort to stop enemies of America across both the Atlantic and the Pacific. If everyone believed as the Amish believed, or so the logic went, the United States would become a vassal state of Germany, Japan, or both. By failing to contribute to the war effort, the Amish then reaped the benefits of patriotism while others paid the ultimate sacrifice. 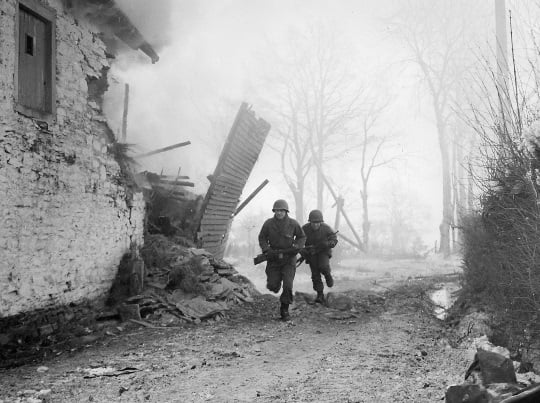 Not all Amish maintained as firm a stance about pacifism. Many of draft age worked in civilian public service. While their failure to participate in combat drew the enmity of some, their presence in essential noncombatant duties freed others to fight. For these Amish men, “pacifism” did not apply to all aspects of the war effort. Although some still preferred prison to any involvement, including conscientious objector status, for the majority this seemed a reasonable compromise.

Korea was the next conflict to escalate, as Chinese troops poured across the 38th parallel in June 1950 in support of defeated North Korean soldiers. Although America entered what was termed a “police action,” it was not as widespread as WWII, and the patriotic fervor was dampened by comparison. Conscientious objector status was less of an issue.

The quagmire of Vietnam changed the character of Amish pacifism once again. As opposed to WWI, in which prison was the primary option for those who refused to fight, and WWII and Korea, in which conscientious objector status was honed, the Amish found themselves unwillingly aligned with a significant slice of the nation that opposed America’s presence in the war. Their values in so many ways could not have been more different.

The counterculture of the 1960s, embodied in Timothy Leary’s catchphrase “Turn on, tune in, drop out” was a far cry from the Amish beliefs in physical labor, adherence to Biblical morals, and separation from the world. And yet their young men who served as conscientious objectors were funneled into the same space as many who espoused these radical values. 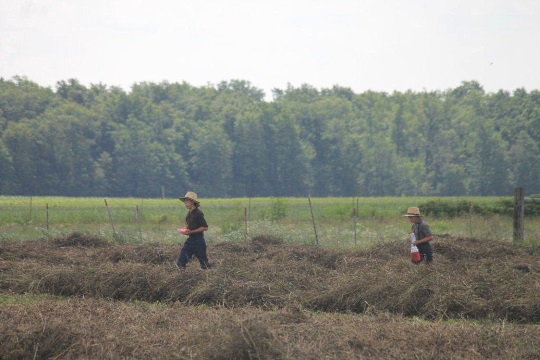 “The world” from which the Amish were attempting to separate had clearly changed, and required a change on their part as well. It was at this time that leaders became concerned by the number of Amish young men who failed to return to the settlements and join church. A means for them to remain in or near their homes became a more urgent concern.

Still, with America’s “withdrawal” from Vietnam, armed conflict remains a constant presence. Afghanistan and Iraq are the two most recent hotspots but the threat of “boots on the ground” is an ever-looming concern. While these smaller conflicts have not required widespread mobilization of personnel, conscription, or war footing by the entire country, they highlight the potential risks.

And if war does engulf the national consciousness, consume a significant proportion of production of materials, and necessitate a reinstatement of the draft, how will the Amish respond? There is a leadership emerging that is young enough to have been born post-Vietnam era. They are better than many cultures at revering the lessons of the past and calling on the wisdom of elders to guide them in their thinking for the future. And yet as the elders pass the reins of guidance to younger leaders who have not lived through extensive wars, memories that have lingered in the collective conscious dwindle and disappear into the mists of time.

Joe Wittmer died last year. Whether the story of a little boy and his friends who braved the scorn of their peers and teachers rather than collect milkweed pods and pledge allegiance to the flag will become a tale to be honored by those who stand for nonresistance and are pacifists in the face of war, or an anecdote that reflects a forgotten time remains to be seen. Inevitably though, we will move toward our next armed conflict, to be reminded once again that war is so terrible.

Jim is author of Serving the Amish: A Cultural Guide for Professionals. He can be contacted through this blog or his website at servingtheamish.net.