Master Trooper Kurt Jack’s preliminary investigation reports that the girl, identified as four-year-old Barbara JC Graber of Berne, and two other Amish children were running across U.S. 27 and crossed into the path of a southbound Buick passenger car. The Buick, driven by Wayne Foust, 82, of Berne, hit and critically injured Barbara. The other two children were not injured.

U.S. 27 is the main road which goes north-south through the center of this large Amish settlement. This part of U.S. 27 is just two lanes wide, though a bit further north it becomes a four-lane divided highway. 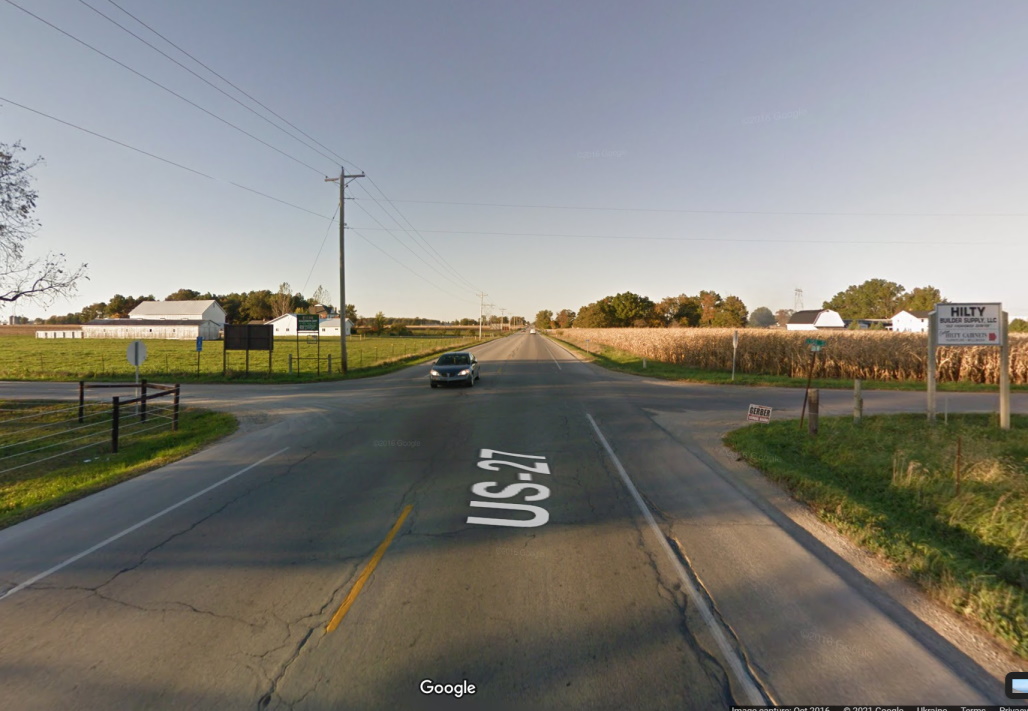 There are no indications of substances involved, and it does not sound like the driver is at fault though investigation is ongoing. Having recently had experience with the silent nature of electric cars, I thought for a minute that might have been involved here, but it doesn’t seem to be the case here with the Buick. There are few other details indicating what might have happened here.

Amish and non-Amish neighbors coexist in many communities, with Amish often walking along roadways, generally with such accidents being rare. I feel badly for this family, and for the driver as well.