The Amish Bishop, The President, And Humble Service

Do you ever meet those people who have extraordinary stories…but are the last to share those stories with the world? You know who I’m talking about. The modest folks who abhor boasting about themselves.

Today, Jim Cates writes of one Amish bishop whose humble demeanor masks a dedication to service which has greatly benefitted his own community and beyond.

I believe in Christianity as I believe that the sun has risen,
not only because I see it, but because by it I see everything else.

There aren’t a lot of Amish bishops who were friends with Jimmy Carter. Of course, I didn’t learn that from this particular bishop. What I learned about his exploits would fit in a teaspoon. It was long after I had recognized him as a quiet, wise, and resourceful leader that I discovered that a former President of the United States had an affection for him too. At the time, of course, he was more than another Amish bishop to me. I just had no idea how much effort he made to quietly change the world.

His early life was humble enough. Raised on a farm in a large Amish family during the Great Depression, his primary claim to fame was a formidable skill at softball that served him in good stead through his childhood and adolescent years. Too young to face service in World War II, he was a conscientious objector during the Korean War and served in a psychiatric hospital, an alternative service that would have significant repercussions later in his life. Chosen by lot as a minister at an early age, the position of bishop in his church opened not long afterward, and the lot fell to him once again. 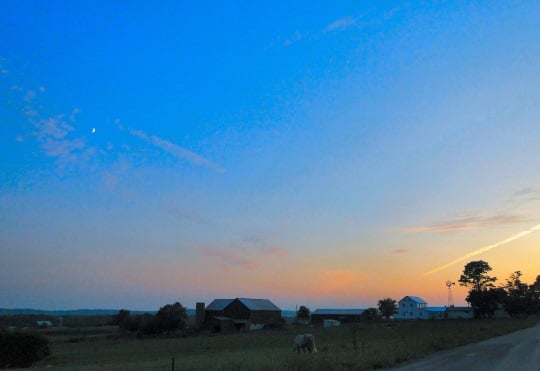 Unknown to his church, the man and the hour had met. Among his many children, one was rapidly demonstrating symptoms consistent with a mental illness. He was aware of the services available from his work in psychiatric wards during his time in alternative service. He studied the available literature and spoke with professionals to better understand ways in which treatments had improved. The choices were starkly clear. Services existed outside the settlement, where his child would be exposed to non-Amish influences. Within the settlement, Amish influence would hold sway, but services simply did not exist.

Slowly, patiently, he laid the foundation to allow his child to remain within Amish influence and still receive the quality of service that he knew to be available. He bided his time, spoke with others, and listened carefully for opportunities to move forward. Several who had left the Amish and worked in mental health were simultaneously working to create these same services. Still, theirs was an odd position. At once familiar with the culture – “insiders,” born and raised in that insular world – they had chosen to walk away, leaving them in a shadowland. They needed to reach out and grip the hand of someone still there, just as the bishop needed to reach out and grip their hand, as someone ensconced in the mental health services he needed to access. No one else was placed in quite the same unique position as he was, both aware of the need, and anxious to act on it.

And the outcome? Today there are multiple sites built on a model of Amish-driven services coordinating with state of the art mental health interventions. Even stand-alone Amish residential centers have begun to work with community mental health centers to facilitate more effective care. And a primary impetus for this work? You will never know his name. He lives quietly, in humble obscurity, content with the fact that he served a part in all that has happened.

I met him after his work to establish this cooperative venture had succeeded, and he was moving into a slower phase of his life. I also met him long after he had charmed Jimmy and Rosalynn Carter with his quiet grace and stolid demeanor (he had been selected for a “photo op” for the ex-Pres in an Amish home that turned into oh, so much more once they actually met). He became a mentor in my early work with the Amish, teaching me more by his mere presence than by any of his words, and demonstrating the most effective method to interview and consult with their clergy.

He is a gentle man who frets over how best to serve God. At times, he ruminates over situations that others would say cannot be solved. It is a simultaneous blessing and curse, the stubborn streak that kept him in pursuit of a dream of improved mental health services for the Amish when it seemed an impossible task. Now, older and frail of body, he still finds himself striving to improve the lot of those for whom he cares in such a deep and ministerial way, even when the task seems impossible.

I am glad to know him. Thankful to have him in my life, blessed to call him a mentor. He exemplifies both clergy and the Amish at their best. As C.S. Lewis reminds us, to be a Christian is to see everything else through that faith. This man of God still does.

Jim Cates is author of Serving the Amish: A Cultural Guide for Professionals. He can be contacted through this blog or his website at servingtheamish.net.
Farm at dusk image- Cindy Seigle