Just back from Pennsylvania and the Elizabethtown College Amish conference. Lest you think I was on campus all week, I share a few photos here proving I ventured out.  Early June is a beautiful time in Lancaster County, and though it rained the first two days of the conference, Saturday and Sunday the weather was just dandy. 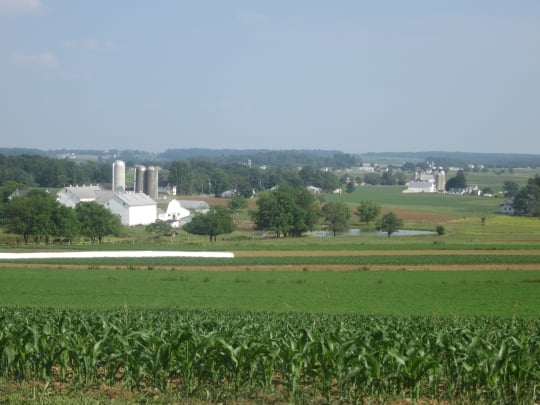 I spent some time with the youth over the weekend. On Saturday I drove a friend’s son to a large volleyball tournament for the Eagles youth group.  The next day I attended a singing of the Hummingbirds group.

The Hummingbirds are a more traditional group, reflected by their dress at least. Boys at the Eagles event sported short-sleeved shirts in bright patterns and colors (green, yellow, even hot pink) from trendy outlets such as Aeropostale and American Eagle.  The Hummingbirds youth wore traditional Amish clothing at their adult-supervised event the next day.  I think we might hear more from Rich Stevick on this when the new edition of his book Growing Up Amish: The Teenage Years comes out.

Speaking of the youth, that favorite semi-mythical coming-of-age period, Rumspringa, has landed on the labels of a certain Lancaster County brewery.  It was only a matter of time I suppose.  The self-described “nano-brewery” (“Sow your wild oats at Rumspringa Brewing Company in Intercourse, PA!”) resides on the second floor of the Lancaster County Beer & Wine Gallery. 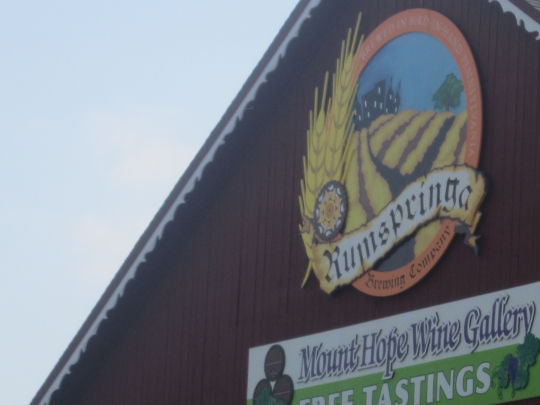 This sign greets you from both directions while going down highway 340 (Old Philadelphia Pike), plastered on the sides of a barnlike structure along the main thoroughfare between Bird-in-Hand and Intercourse.  Seeing this reminded me of a question: Do Amish ever brew beer?  The person asking figured they might, given the German heritage.  I’ve never heard of it, though wine is made by some Amish.

And while some brew the alcohol, others craft the containers.  I spotted this business somewhere south of 30: 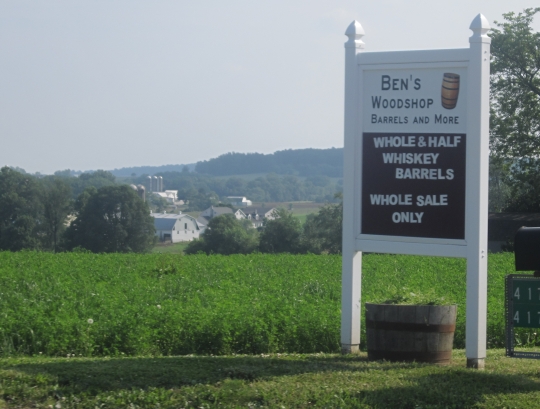 I’m not sure if Ben is Amish, but the Rumspringa Beer people, as you’d expect, are not.