As everyone knows by now, war broke out in Ukraine two weeks ago when Russian forces directed by Vladimir Putin brutally invaded this peaceful country. 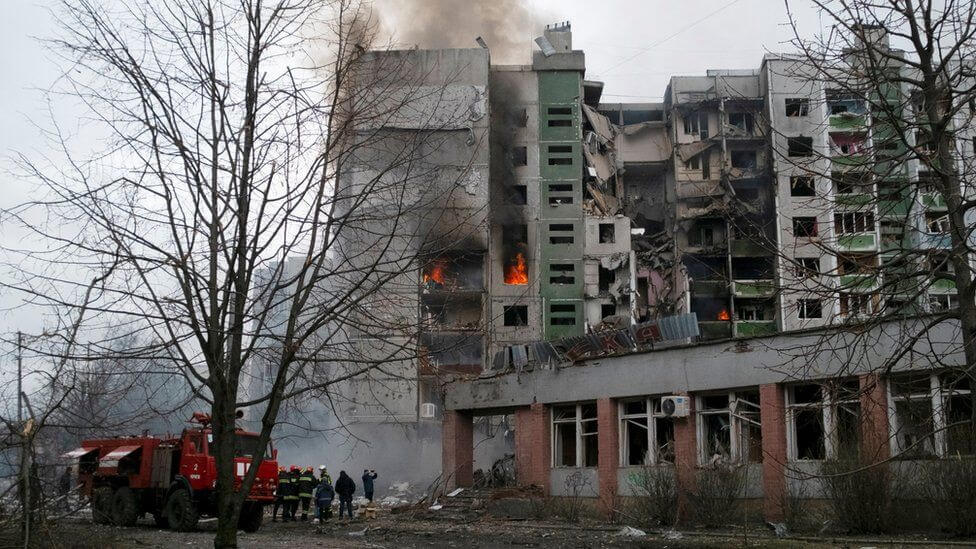 Fires burn in a residential building in the heavily-bombed city of Chernihiv in northern Ukraine, where hundreds of civilians have been reported killed

Gloria Yoder writes about the situation in her latest Amish Cook column:

My heart is crushed for all the thousands suffering this very moment. Besides all the natural disasters, there’s the horror and sadness of many innocent people’s lives at stake and even ending as a result of others’ negative intentions.

Our children were stunned as we explained the dilemma many children are facing with war in Ukraine. Hosanna’s bright hazel eyes grew wide with horror. Her dream is to go care for poor children (as she calls them), and give them a home.

Jesse said he wants to go to them and bring them home and make many, many wooden buildings for them to live in. Seeing their ambition and pity makes me feel so helpless. I especially ache for the children and elderly in times like these when war breaks out.

Though I’ve never been to Ukraine or Russia, we’ve had various occasions when our youth went to Ukraine to help package and distribute seeds to those in need.

Gloria wonders what she can do to help:

So what can a lone housewife do? I wonder what it would be like if it were happening to me? Then I imagine the comfort of having people pray for me.

OK, so why not pray? We have the absolute assurance that every single time we believe and pray the will of God to be done, it does make a difference! So in reality, our hands are not tied.

Let’s pray for all affected by the war and the thousands of little ones across the globe, crying with no one to really care for them.

Gloria also includes a recipe for Ukrainian staple soup borscht. This is a good soup that I’ve eaten many times. A bit different from the clear liquid broth borscht, this version has veggies and other ingredients and is heartier. My 95-year-old Polish grandmother has often made this for me.

So I happen to be in Europe right now. My family has roots in Poland and in the territory of present-day Ukraine. My father’s family comes from a village near the Ukrainian city of Lviv, and my mother is from Warsaw in Poland, where my grandmother and other relatives still live. I have people close to me in and from Ukraine, and have been there many times.

As I write this, I am on my way back from Moldova helping bring back some Ukrainian escapees, along with a couple of cats from the capital city Kyiv (thus posting has been scarce here lately). On the border of Moldova and Romania on Monday, you could see vehicles with this sign painted on them: 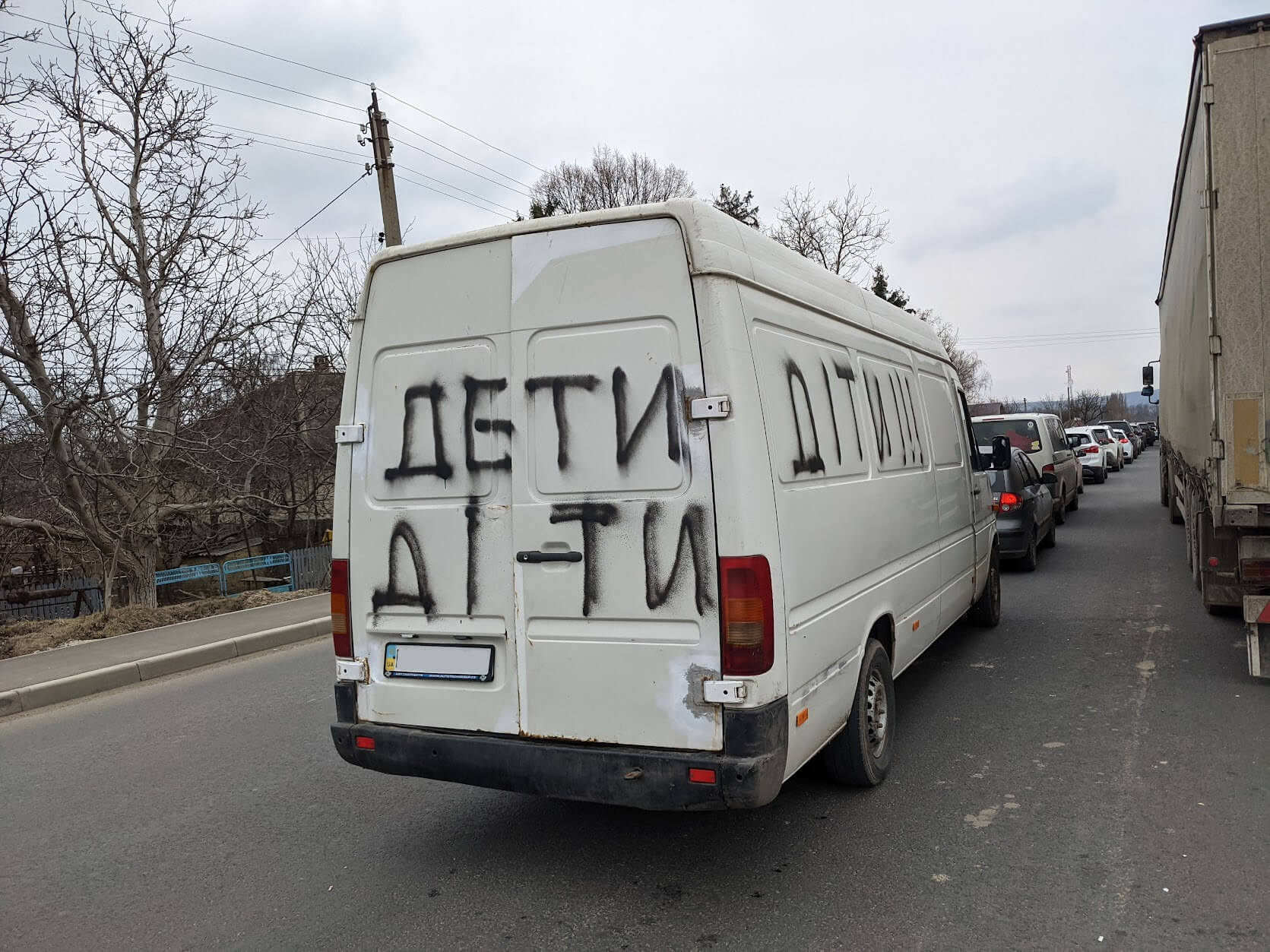 That means “CHILDREN” written in both Russian and Ukrainian. Despicably, the Russian soldiers have been brutalizing civilians, both with intense bombings of residential areas and attacks on people just trying to escape the violence. Many innocents, including children, have been killed. Russians have bombed hospitals, schools, and regular apartment buildings with no military or infrastructure value whatsoever. I have no words for this evil.

But parents and drivers of vans filled with orphans are painting this one word on their vehicles, in the hopes that it will prevent some Russian soldier with a flicker of conscience from firing upon them. Here are other examples from cars waiting to cross from Moldova into Romania. 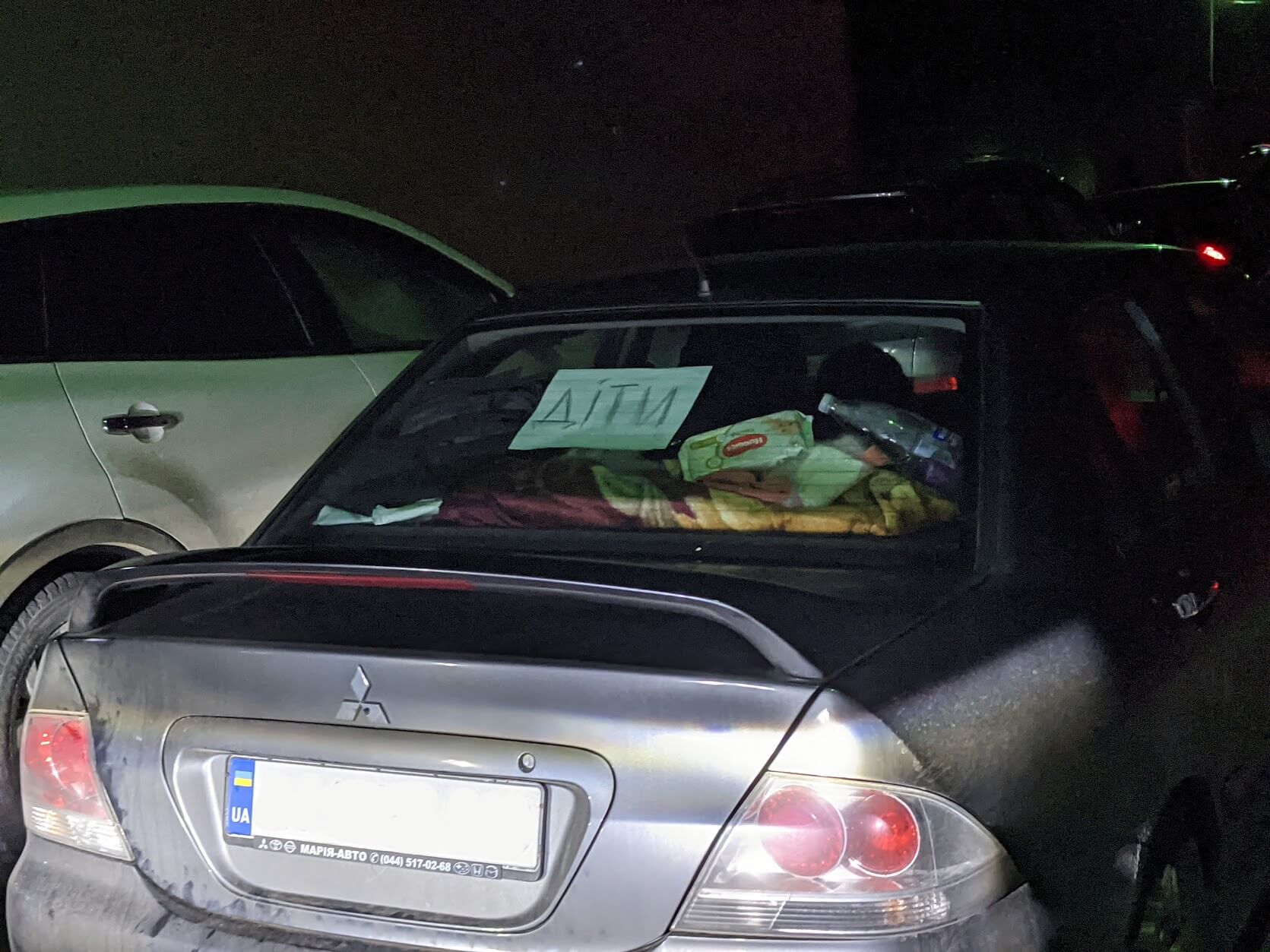 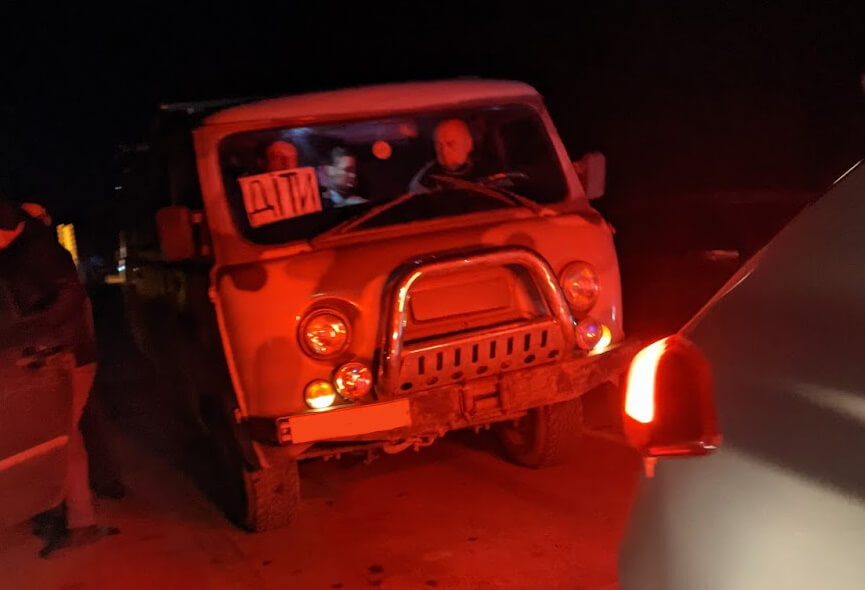 This vehicle has the word scrawled into the dust on the back of the van. I suppose they did not have the materials at hand to paint it or put up a sign, so this is the best they could do. Russian Cyrillic lettering. 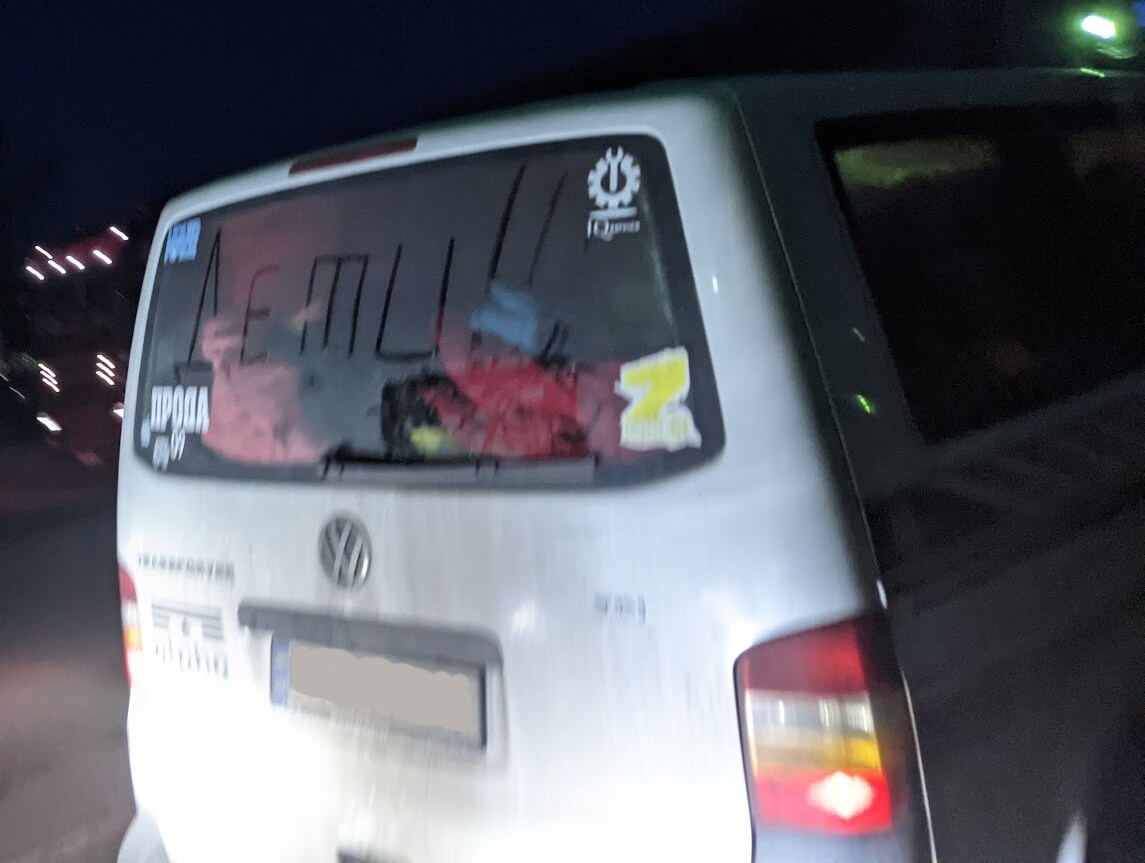 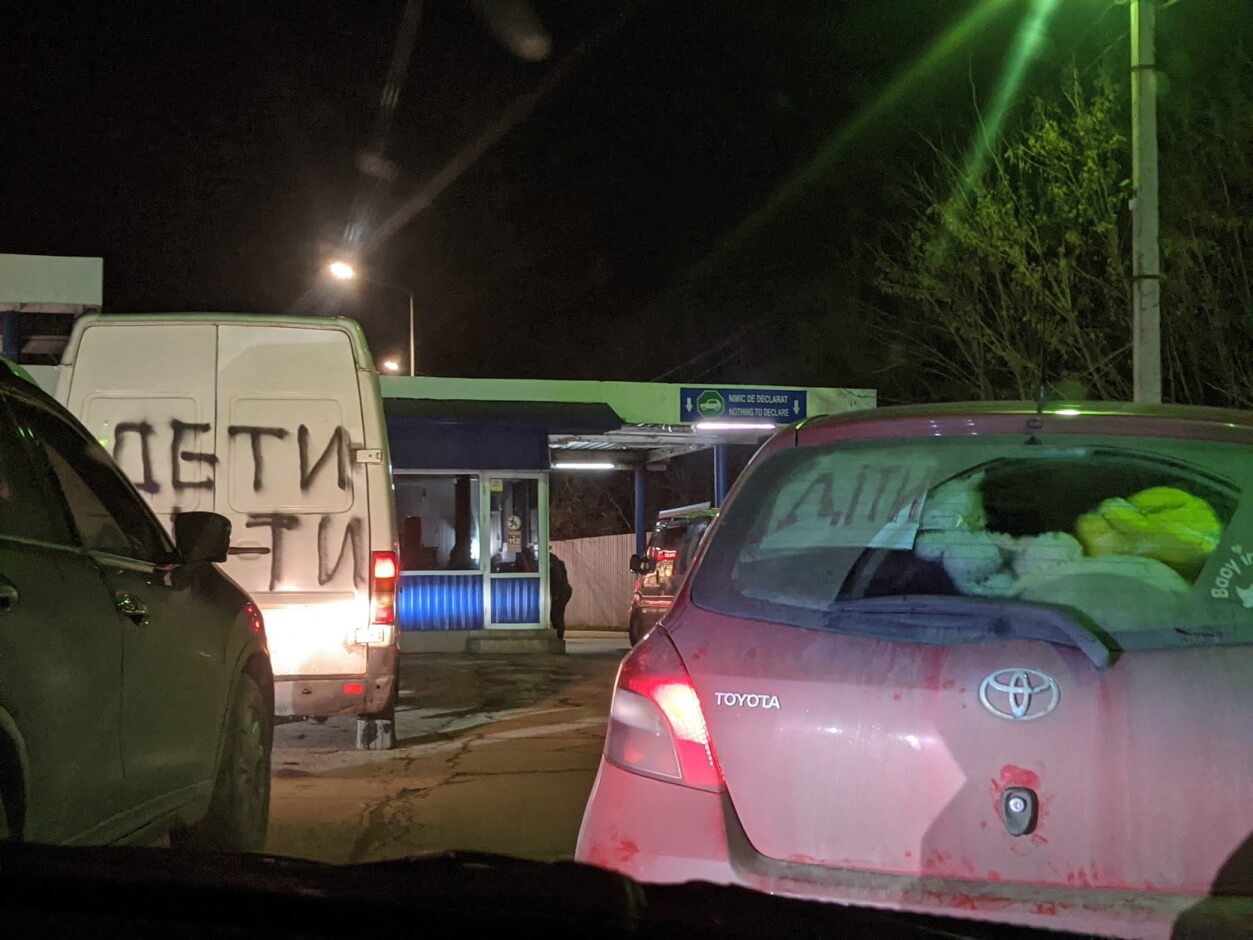 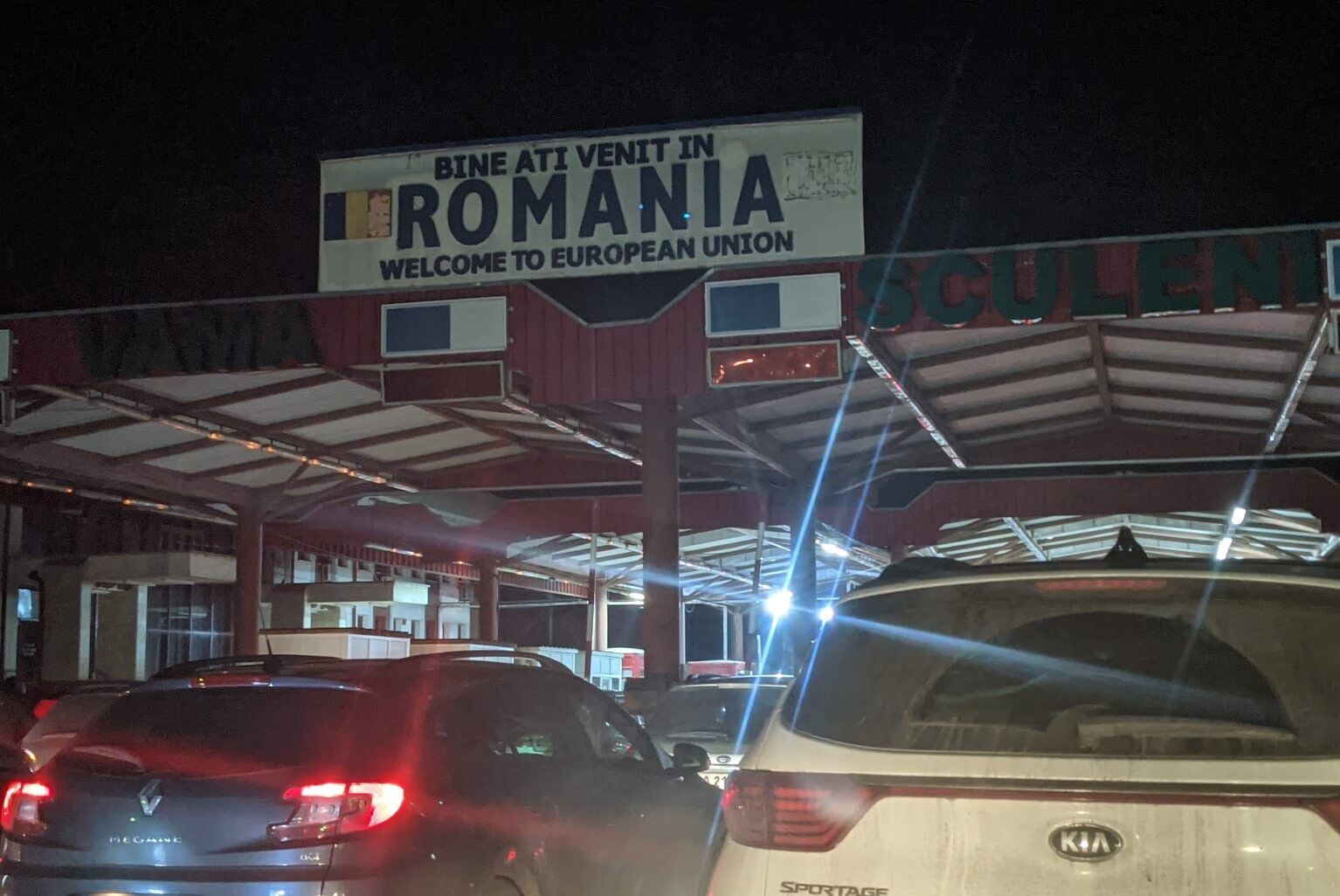 Instructions in Ukrainian and English on how refugees can seek help in the country. 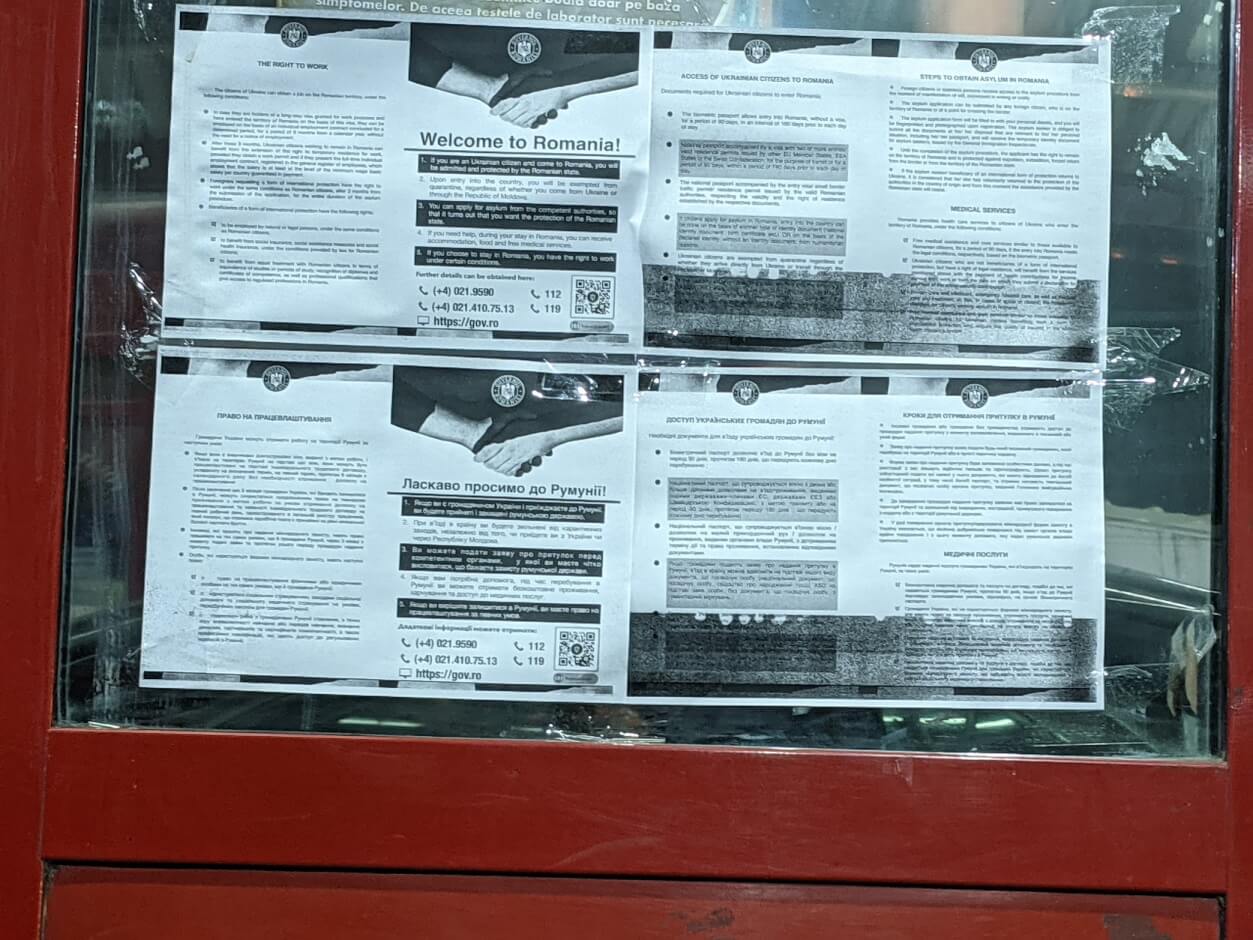 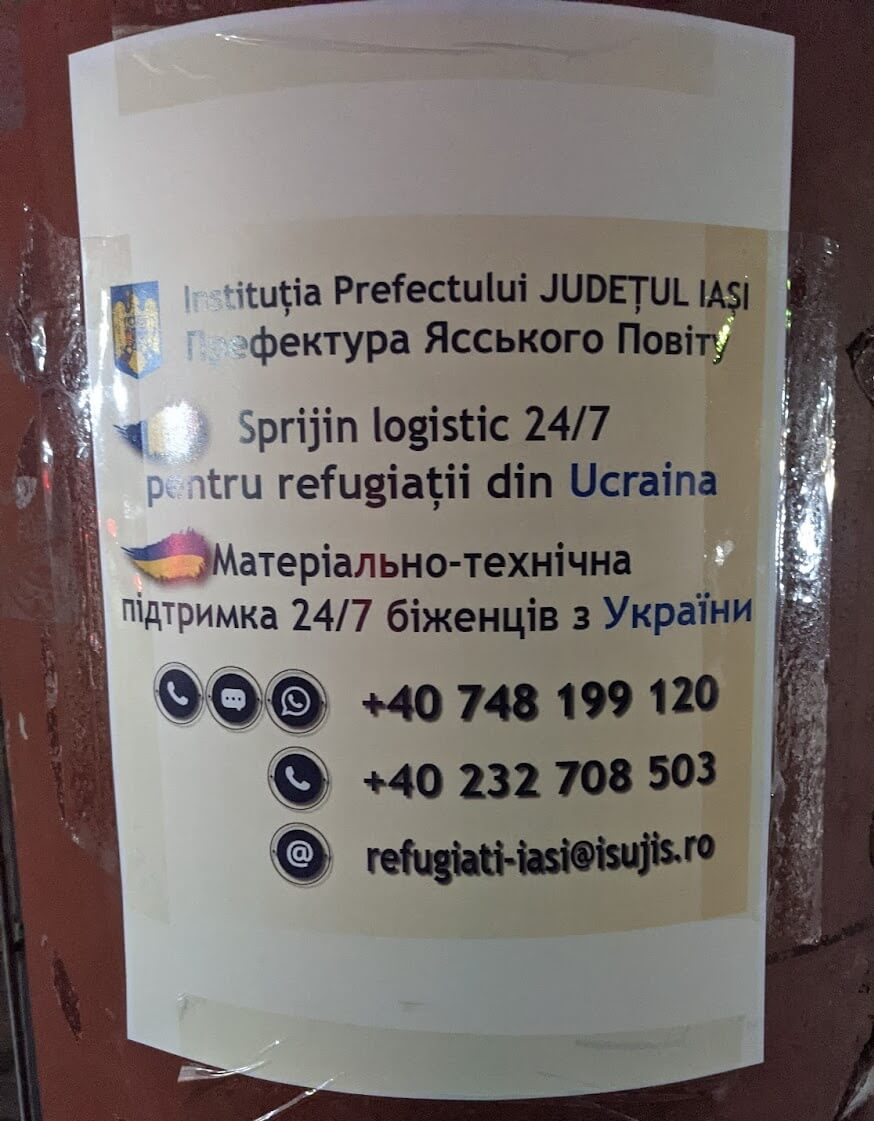 The wait at this border crossing was about five hours – relatively short, especially compared to some of those crossings leaving directly from Ukraine into EU countries like Poland, where waits in some cases have exceeded 24 hours and lines of cars many miles long.

Here you see people receiving free food, clothing, and other donated items from volunteers on the Romanian side of the border. Something similar has been provided on the Moldova border as well. 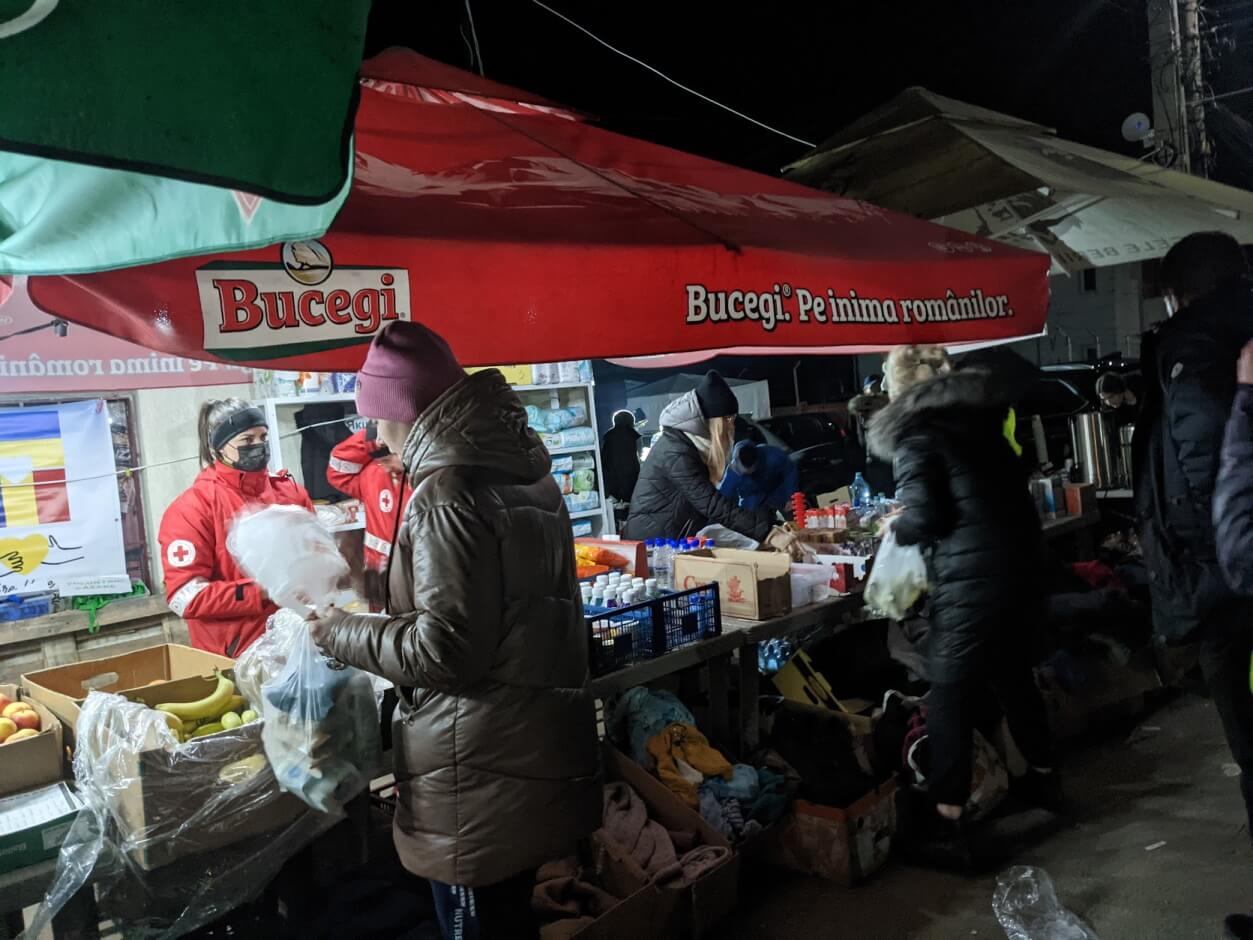 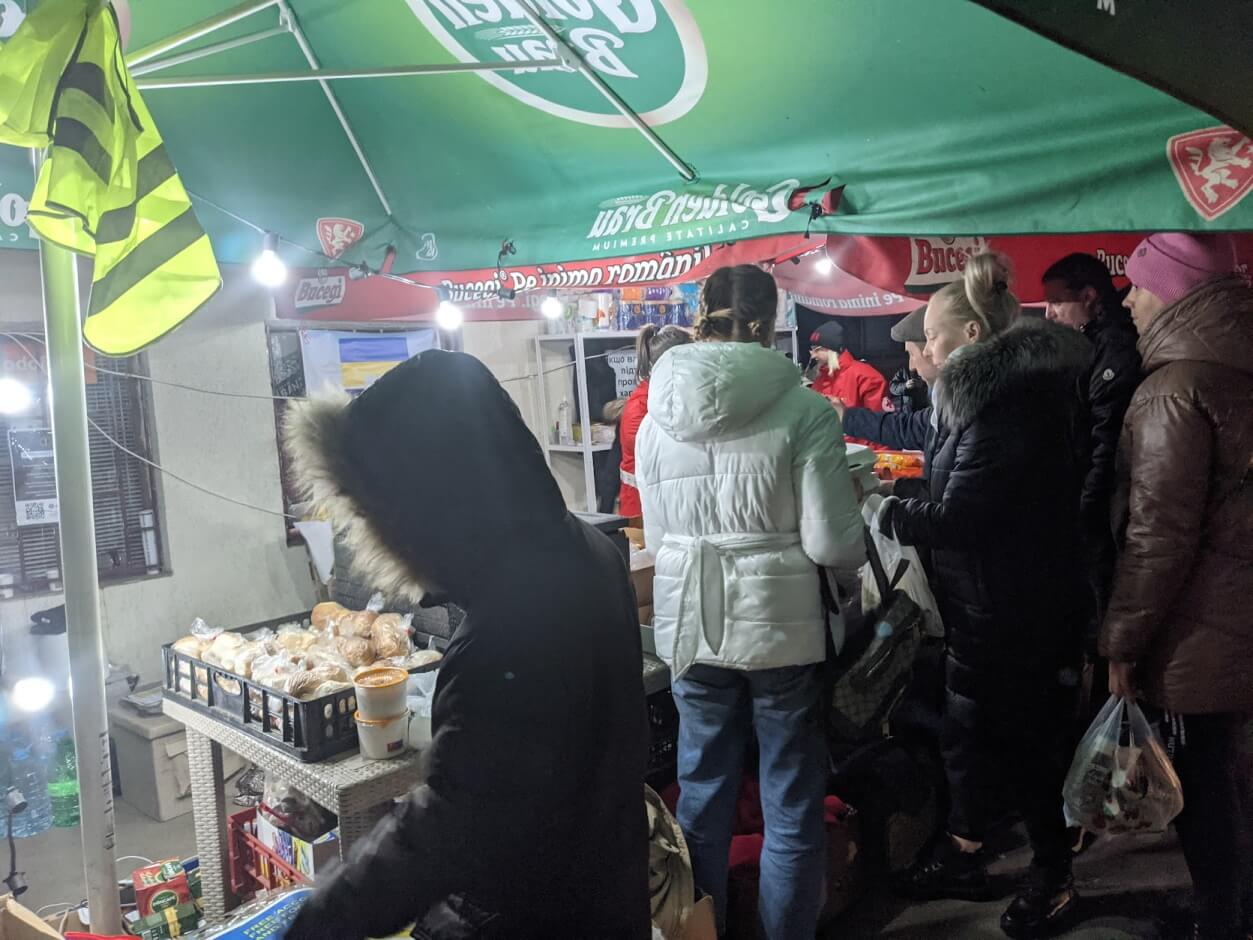 This is 17-year-old Tony, who is currently riding on the floorboard in our packed vehicle. As I write, the Ukrainians we are with have traveled about 800 miles since setting off from Kyiv, with another 400 or so for us to go to Poland. 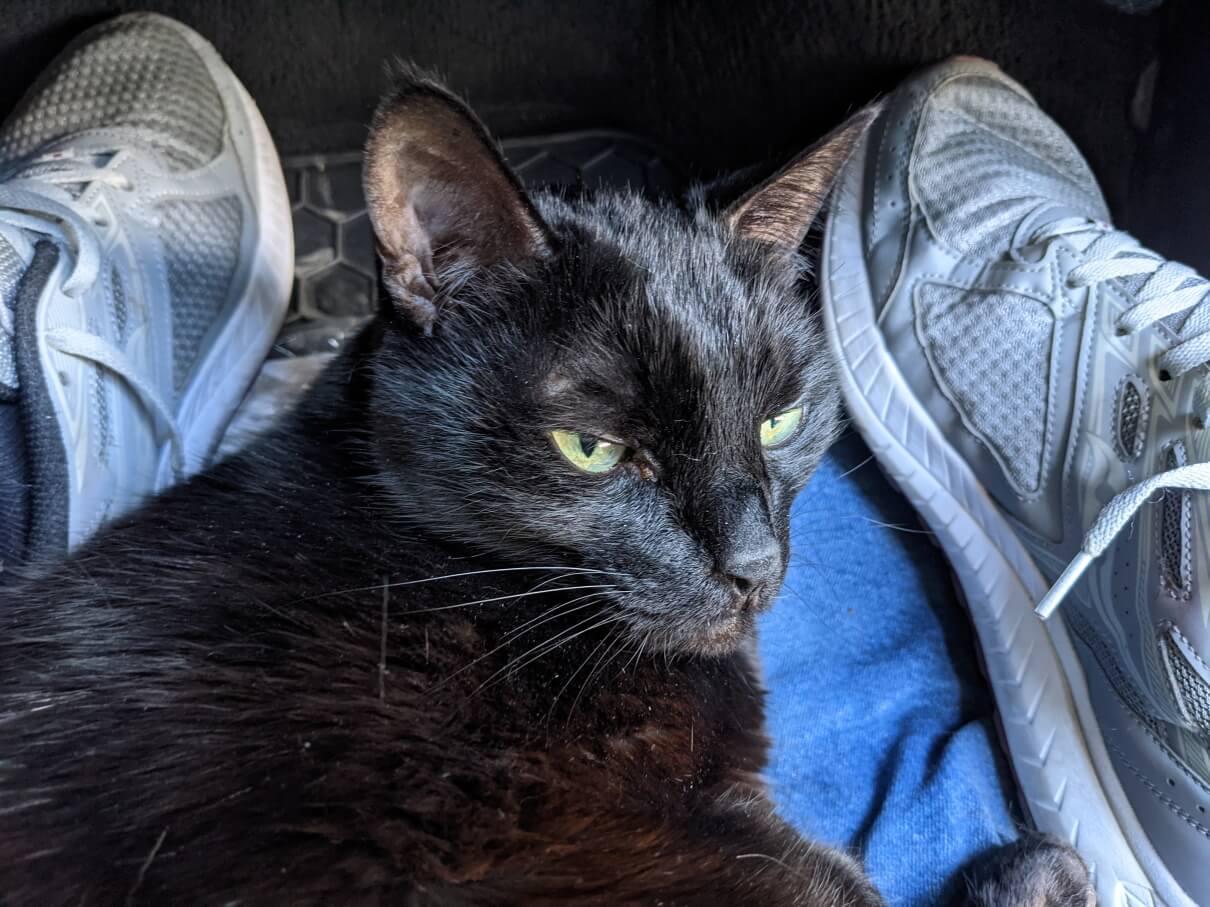 Approximately two million people have already fled from Ukraine to other countries. In many cases in frigid winter conditions. So Gloria Yoder is right to ask for prayers for Ukraine and its people in this terrible time. 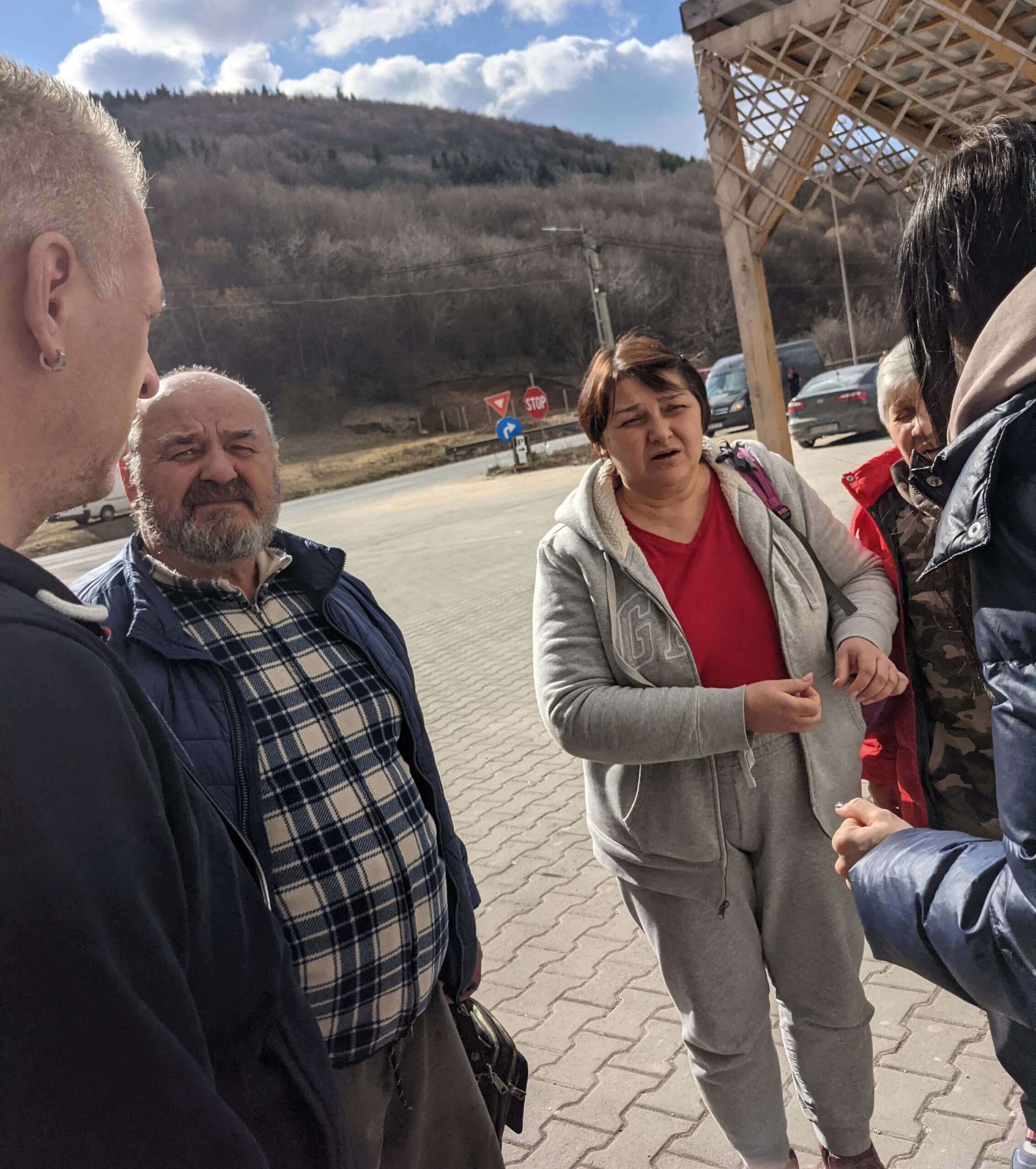 Refugees from eastern Ukraine stop for a meal in Romania

But the people of Ukraine have an immensely strong spirit and I believe they and their nation will survive and even thrive after this is over. If you’d like to contribute to help them get through this, there are a number of places you can do that.

One of them is an organization I am involved with in Poland called Hearty. They are addressing needs in both the short term – things like medical supplies and  – and longer term, with helping Ukrainian children get schooling in Poland and psychological help even while the war continues, in the hopes of giving them some sort of normalcy at this time. If you’d like to help with that, you can find out more and contribute here.