NYT: “In Amish Country, The Future Is Calling” 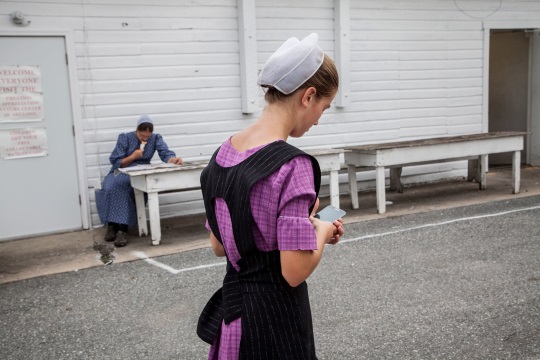 From The New York Times (“In Amish Country, The Future Is Calling” by Kevin Granville & Ashley Gilbertson):

“Amish life is about recognizing the value of agreed-upon limits,” said Erik Wesner, an author who runs a blog, Amish America, “and the spirit of the internet cuts against the idea of limits.”

John, who works a computerized saw at Amish Country Gazebos near Lancaster, Pa., likened it to the prohibition on automobiles.

“Not using cars is a way of keeping us together,” he said. (Like most of the people interviewed for this article, he declined to give his surname, out of an Amish sense of humility; many refrained from having their faces photographed for the same reason.)

“There’s always a concern about what would lead our young folk out of the church and into the world,” John added.

The internet also threatens another Amish bonding agent: For a society in which formal education ends after eighth grade, youngsters learn a trade or craft alongside a relative or other member of the community.

“If you can just look it up on the internet, you’re not thinking,” said Levi, another woodworker. “The more people rely on technology, the more we want to sit behind a desk. But you can’t build a house sitting behind a desk.”

I like Levi’s quote here – “if you can just look it up on the internet, you’re not thinking.”

Do you ever feel like you’ve outsourced a big chunk of your brain to Google? 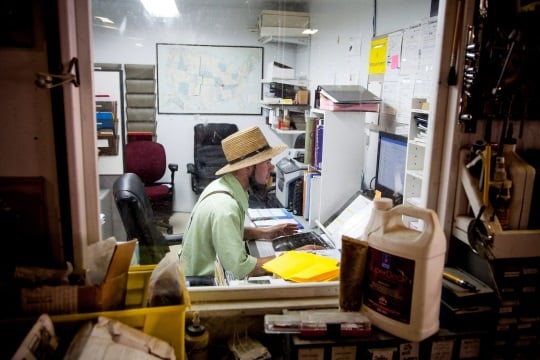 It’s nice to have endless facts at our fingertips. But Levi’s comments suggest what we could lose if we become too dependent on our electronic brains.

As Donald Kraybill states in the article, Amish “are more savvy about the impact of technology on human interactions than most of us are.”

I wouldn’t argue with that. Amish people probably spend a lot more time thinking about these things than the average non-Amish American does.

Unless there’s some sort of loud public issue (for example, data privacy), we seem to accept new gadgets and new versions of products with the assumption that newer and faster must mean better. 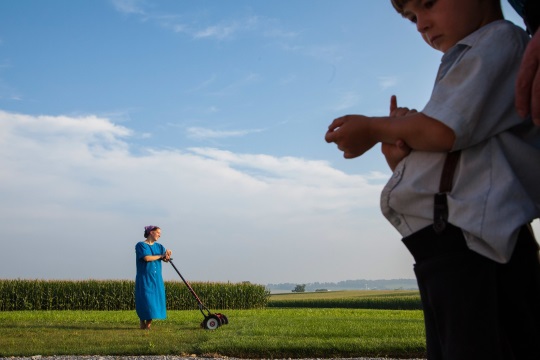 Though there are some among the Amish who like the idea of a little change:

Marylin, 18, said that when she and her friends gathered for church activities, “our youth leaders ask us to respect that we’re together and not use the phones, so we only check our messages and the time and stuff.”

But she insisted that some leniency was necessary.

“We can’t live like we did 50 years ago because so much has changed,” she said. “You can’t expect us to stay the same way. We love our way of life, but a bit of change is good.”

Maybe Marylin is typical of youth who push boundaries (or just youth in general). There are baptized Amish adults who don’t see the harm in a bit more change as well.

Even so, Amish adults typically approach this issue in terms of how it will affect future generations. As Levi adds:

“My concern for our future, for our own children,” he said, “is that they lose their work ethic.”

Read the article and view the rest of the photos here.