A reader shares photos today from a festive occasion in northern Indiana.

There’s nothing especially Amish about this, except that this park is in a heavily-Amish area of the county, and that Amish attend the event (and by the looks of it, make up a large portion of attendees).

I remember passing this park numerous times in my Indiana bookselling days in 2006.  I never had the time to visit, though I do like the idea of a park in the middle of a rural county.  Parks seem like they belong to cities, where green space is dearer.

David Rogers Park is located between LaGrange and Topeka, Indiana.  Part of the LaGrange County park system, David Rogers Park is home to several relocated pioneer cabins.  It’s also home to an event in late August called “David Rogers Days,” a historical reenactment of sorts that concludes with a dance on Saturday evening. 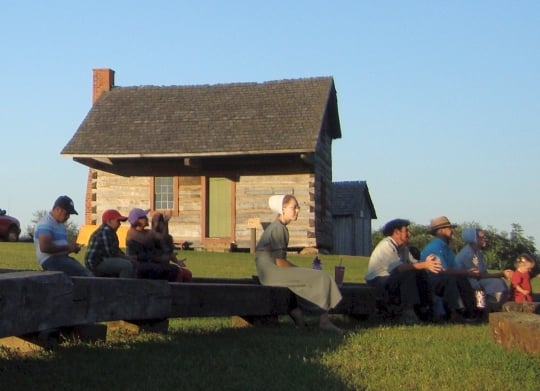 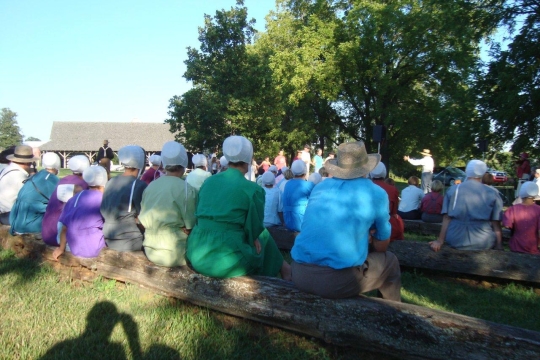 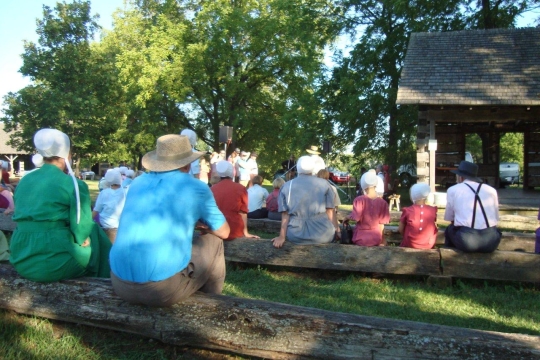 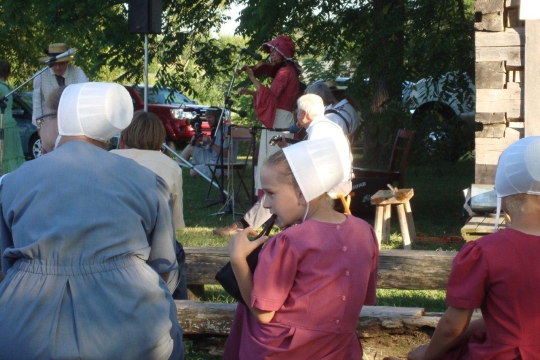 There were many Amish families in attendance and some even danced this year.  Last year we watched as two girls asked their parents if they could dance, but were answered with a negative head nod.  No such restrictions this year. 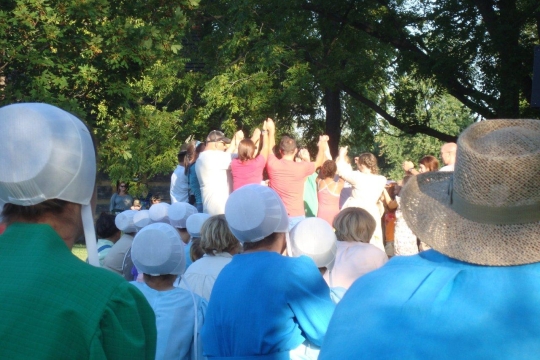 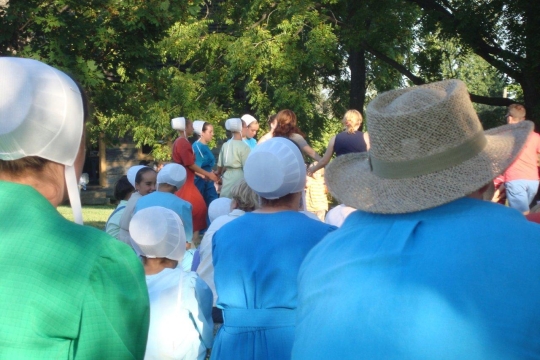 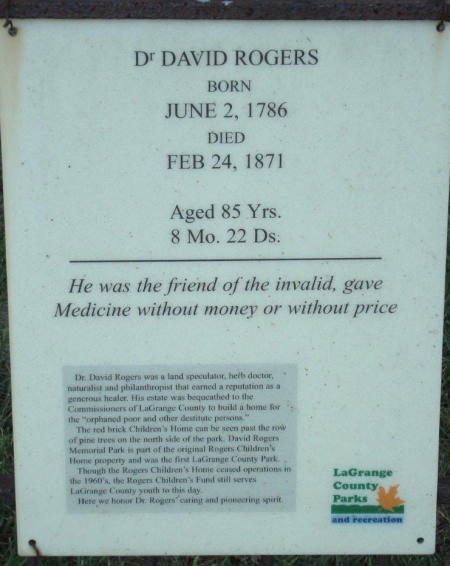 “Dr. David Rogers was a land speculator, herb doctor, naturalist and philanthropist that earned a reputation as a generous healer.  His estate was bequeathed to the Commissioners of LaGrange County to build a home for the “orphaned poor and other destitute persons.”

The red brick Children’s Home can be seen past the row of pine trees on the north side of the park.  David Rogers Memorial Park is part of the original Rogers Children’s Home property and was the first LaGrange County Park.